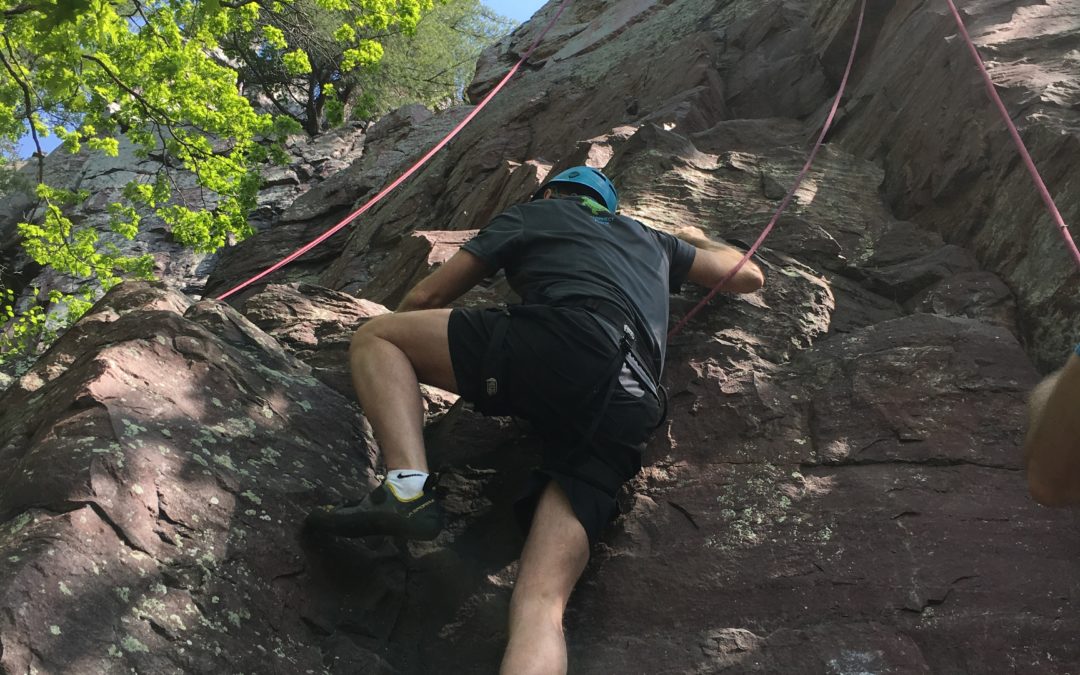 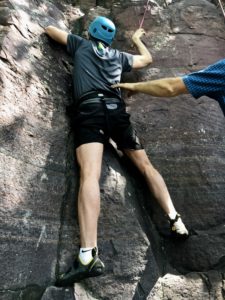 Rock climbing never seemed enticing to me. That’s not surprising, since I have a fear of heights. But then I learned two things. First, Devil’s Lake State Park, near my home, is considered one of the best rock-climbing spots in the entire Midwest. And second, a business called Devil’s Lake Climbing Guides operates there to show newbies like me the ropes. (Bad pun, I know.)

So since I operate under the principle that you shouldn’t knock something you haven’t tried, whether food or an adventure, I decided to sign on for a climbing lesson. My husband, older daughter and a friend joined in on the fun.

Nick Wilkes, the business owner and an experienced climber, was our guide. You can’t ask for someone better than that! We had a great day for climbing, sunny and warm, but not too hot. Wilkes showed us the basics, gave us lots of tips and then we each tried our first climb. Suffice it to say I was the least-talented of the group. Oh well, at least I tried!

As the afternoon wore on, we tried different climbs, encouraged one another and became a little more confident. Everyone made it to the top of at least one climb except me. That was frustrating, but I was pleased that I never gave up.

In the end, I decided rock climbing is not my thing. But I’m really glad I tried it because I might have ended up really enjoying it, as my husband and daughter did. And now I can say I’ve gone rock climbing, which means that I’m a badass! I may even have to reward myself with something to commemorate the experience. Actually, I just found this shirt on Etsy that perfectly captures my experience!

Devil’s Lake State Park, by the way, is home to about 10 miles (16.1 km) of the Ice Age Trail. One section of the path here is quite difficult, as it follows the .4-mile (.6-km), super-steep Balanced Rock Trail. During my record-setting thru-hike, I climbed this section in 19 minutes, but it often takes people as long as an hour to climb.