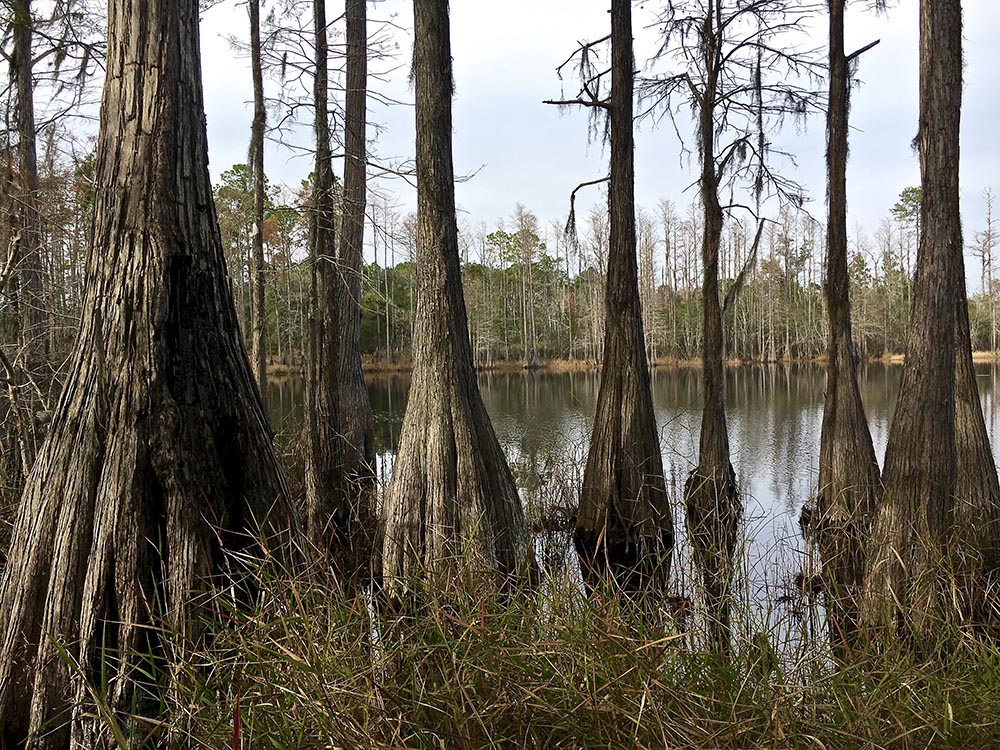 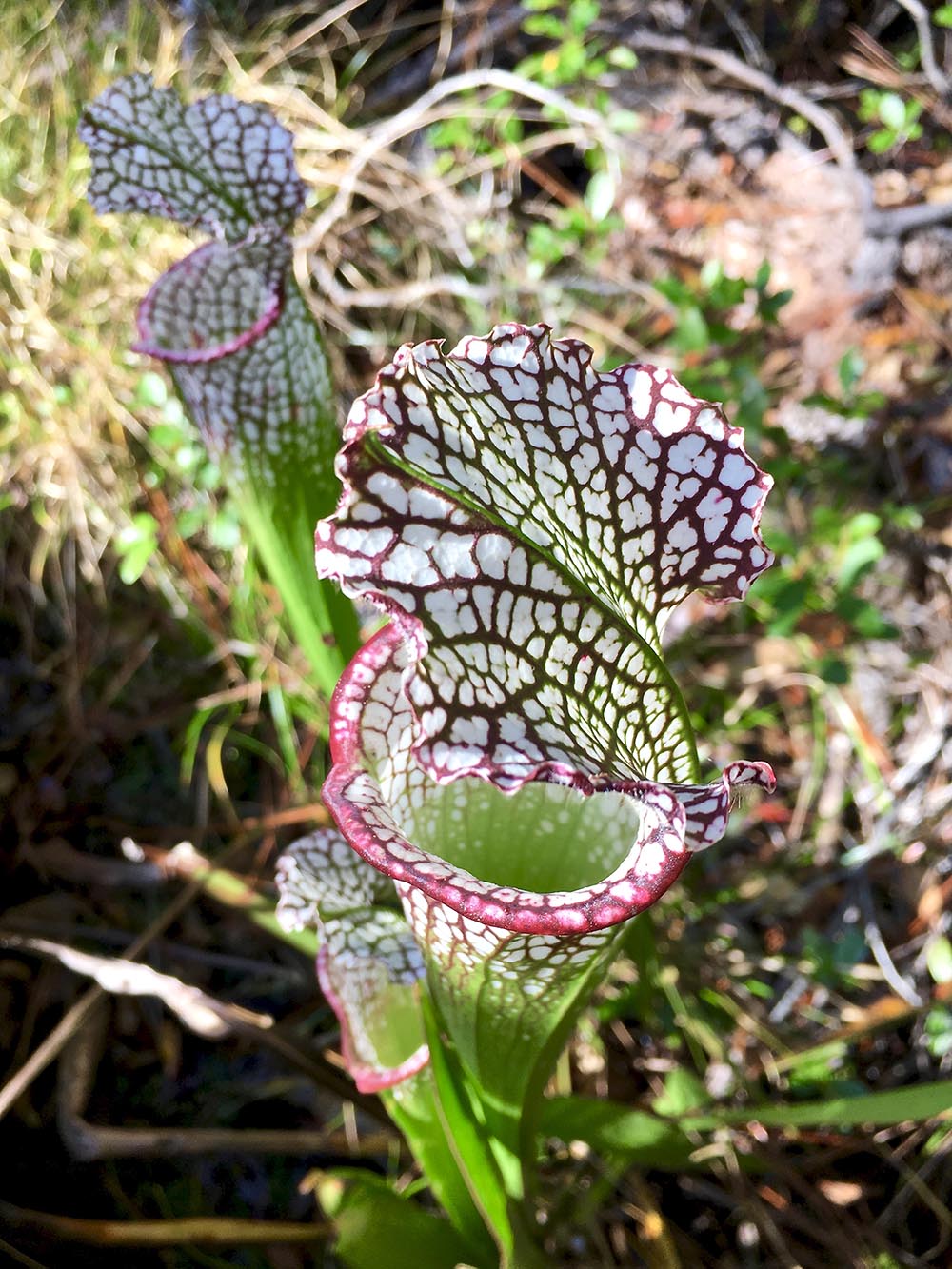 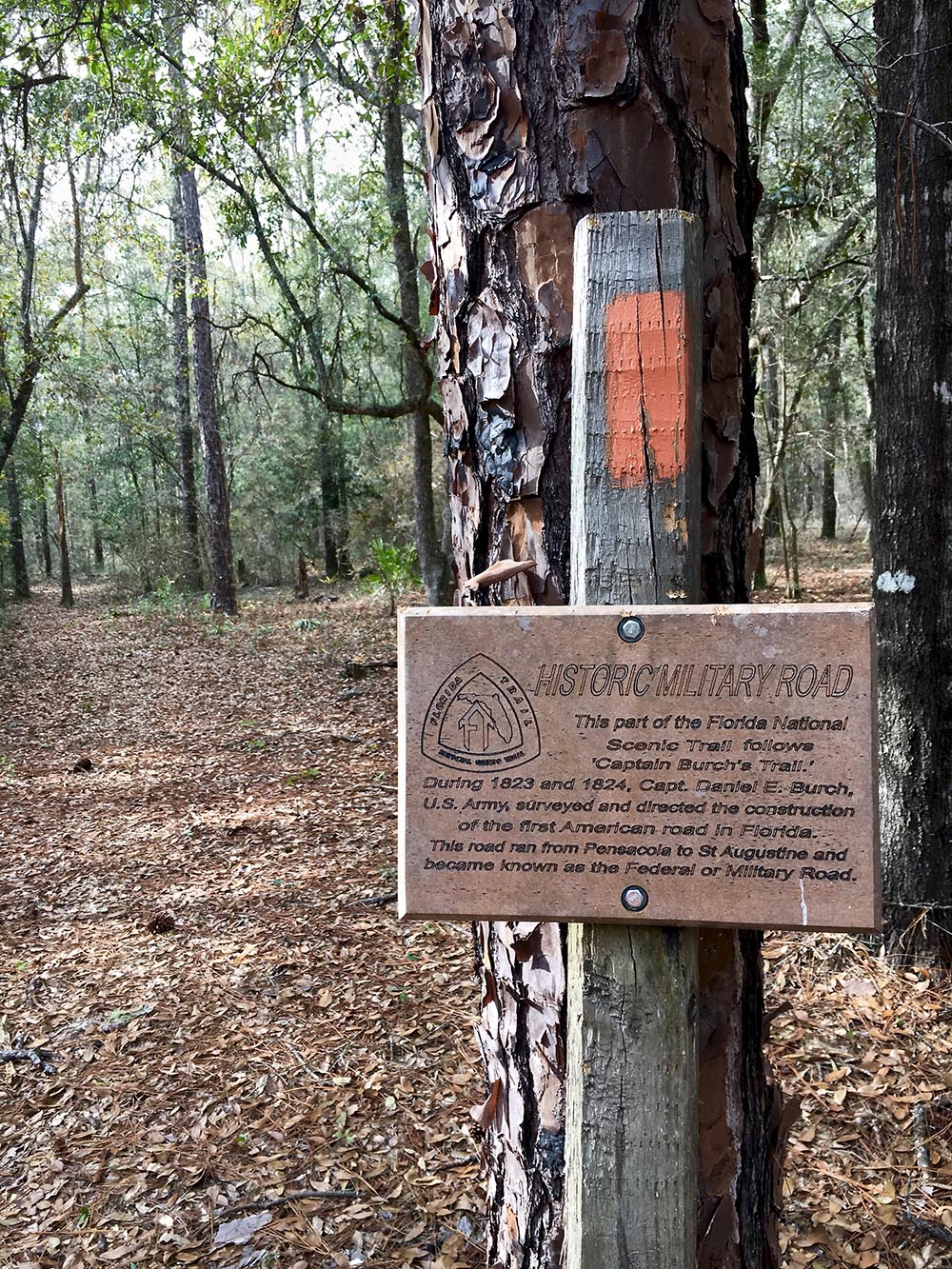 Today’s destination: Bruce, Florida. So, Judy decided to sleep in again today, because I needed to head out to the trail early. That’s because I had nearly eight miles of hiking along SR 20 to start my day. It’s never fun to hike along a state highway due to the traffic. But I was hoping that since this was Sunday, and I was starting early, there would be little traffic. Well, the traffic was moderate, which wasn’t the greatest. But the temperature was cool, so all was good.

At one point during my trek, a man in a truck slowed down and asked if I needed water. Gee, that was awfully nice of him! Turns out he was a Florida Trail volunteer on his way to the weekend work project. And he knew I was Snowshoe, and kept offering me water or food. What a nice guy!

A while later, Judy was heading out from the hotel just as I entered the Pine Log State Forest, where I had about nine miles of trail to hike. The plan was for her to hike in from the other end and meet me.

My first few miles in Pine Log State Forest weren’t much of anything – just walking along power lines parallel to the highway. Still, I wasn’t walking on the highway, and the noise was much reduced, so I appreciated it. Then, after more than two miles of this, the real trail began.

The trail here was a nice mix of pine forest, creeks, titi and swampland. At one point, I passed through the Sand Pond Campground, a very scenic spot.

Unfortunately, Judy couldn’t find the Pine Log State Forest trail, so she ended up hiking some side roads while trying to fine me. Oh, well.

My last 4.9 miles of the day were along SR 20 again. Ugh. At this time of day, there was a lot of traffic. Oh well, that’s the hiking life.