What Is a Trail Name and How Do I Get One? 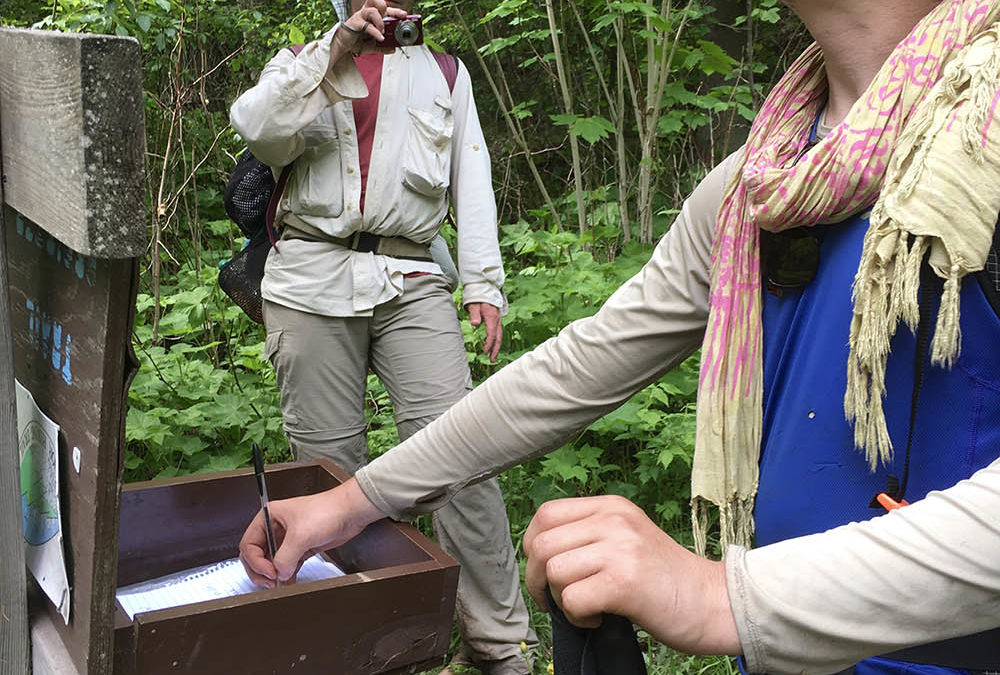 Trail names are a big thing in hiking circles. I’m not sure when I first learned about them, but the minute I did I was enchanted with the 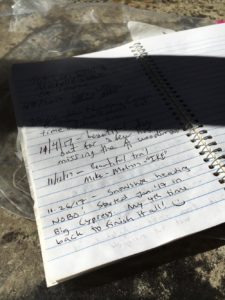 notion. Who hasn’t wanted to select a name for themself at some point in life? But let me back up a bit.

Trail names are fun, silly or serious names that hikers either select for themselves or that are bestowed upon them by fellow hikers. Generally, the name has some connection to a hiking experience or to the hiker’s life. Here are some examples of trail names from my hiker friends, and the reasons behind them.

Eagle-Eye: On the trail, she frequently spots items people lose.

Late Start: She is always the last person to break camp and hit the trail in the morning.

Moon Shadow: While gazing at the moon one night while hiking the AT, she began humming the popular song of the same name, popularized by Cat Stevens in 1971. 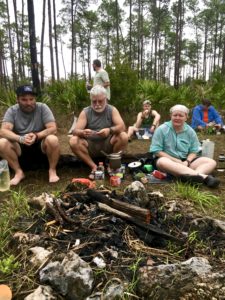 Give, Take or Receive?

Whether you proactively take a trail name or wait for someone to bestow one upon you is your choice. I’m particular about names, probably because my first name, Melanie, is often mispronounced and misspelled. My maiden name, Radzicki, is also difficult for people to say and spell. I’ve spent my whole life correcting people on my names, and I didn’t like the idea of someone potentially giving me a moniker I might not care for or appreciate, like Klutz.

However, I know of many hikers who are very excited about receiving a trail name from someone else. They wonder endlessly about what they will say or do that might inspire someone to give them an inventive name, and dream endlessly about the possibilities. Sometimes, if they’ve been hiking a few days or weeks and no one has given them a name yet, they start fretting that no one ever will.

The night before I started my first thru-hike (Ice Age Trail 2013), it took me about 15 minutes to come up with a trail name: Valderi. I selected it because it’s part of the refrain in the song “The Happy Wanderer,” which is a song my mother had us sing when we’d go hiking in the woods. What a perfect connection! I also liked it because one of my grandmothers was named Valerie.

But poor Valderi was not meant to be. During that 2013 hike, I only met about five other hikers. Alone all the time, not hearing other trail names bandied about, I’d automatically introduce myself as “Melanie.” It was only later, after I continued on my way, that I realized I should have introduced myself as “Valderi.”

The nail in the coffin for poor, old Valderi came when I began my thru-hike of the Florida Trail in 2017. I was making my way through Big Cypress Swamp with a group of hikers I’d just met. They all had trail names and I made sure to tell my new friends that I was Valderi. But they all had a hard time pronouncing and remembering my name. They all had easy names, like Parks, Scout and Boxcar. And none of them had heard of “The Happy Wanderer,” either.

Parks helpfully noted that some hikers adopt a new trail name every time they step on a new trail. I didn’t care for that idea. But I wanted a name people could remember and pronounce. Eagle-Eye suggested I become Ice Age, since I was talking about the Ice Age Trail a lot. “That makes me sound really old,” I said.

She then suggested shortening it to “Ice.” I kind of liked that. It was simple, yet edgy. Kinda cool. But I thought it better fit a younger person, not a 50-plus woman. Then, it came to me.

My new, permanent trail name would be Snowshoe. There was three reasons for this name. First, I was getting off the Florida Trail after just two weeks in order to return home and particular in the Snowshoe Beer Mile, an event my son’s running club was sponsoring. Second, I’m from Wisconsin, the land of snow and ice. Third, it’s an easy, happy name.

So now I’m Snowshoe. And I love it. 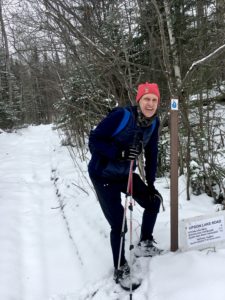 I’m happy to report I’ve also been able to bestow trail names on several other hikers. When I was on the Superior Hiking Trail in 2018, I dubbed one young man on his first long-distance trek “Stick” because he was very fond of a hiking stick his dad had carved for him. Another young woman I met on that trail told me she was in need of a name. She had just dubbed her husband “Toothless” because his tooth had fallen out on the second day of their hike. The reason? He had bitten into a piece of her homemade granola, which was a bit hard. I told her that her trail name was obvious: “Granola.”

A friend of mine became “Burr.” It was a play on two trail experiences. The first time he did a trail run with me, after I’d taken on a trail name, he emerged covered in burrs. So many burrs that he late confessed he threw away his shirt rather than pick them off. (I, in turn, spent an hour carefully picking burrs off of my calf sleeves!) The second time we hiked, it was mid-November. Normally that would mean temps around the 40s or 50s in Wisconsin, but a freak cold snap hit and the morning of our hike it was 2 degrees. There was also snow on the ground. Thankfully, it warmed to the low 20s by the time we reached the trail, but it was still mighty cold. Brrr! So Burr/Brrr, get it?

Recently, Burr decided to wanted to be Lil Burr. He gave that name to a barista when ordering coffee. But she misunderstood what he said and wrote “Little Bird” on his cup. So Burr/Lil Burr might now be Little Bird. Only time will tell.

What will YOUR trail name be?

Once you have your trail name, here are some cool hiking clothes/gadgets that you can personalize with it!