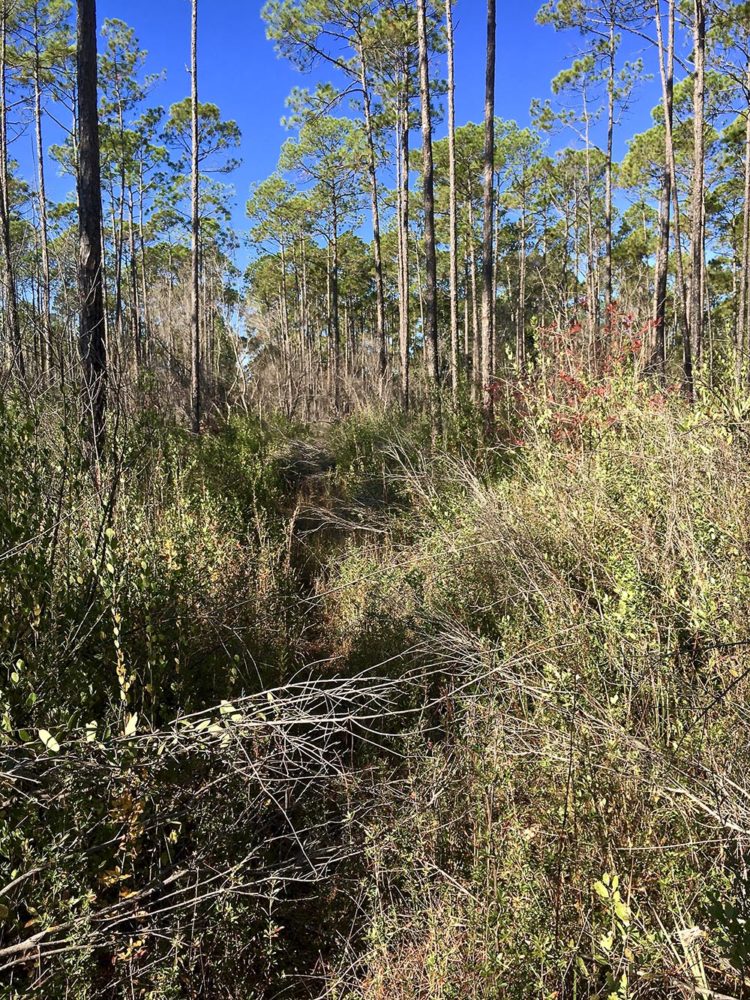 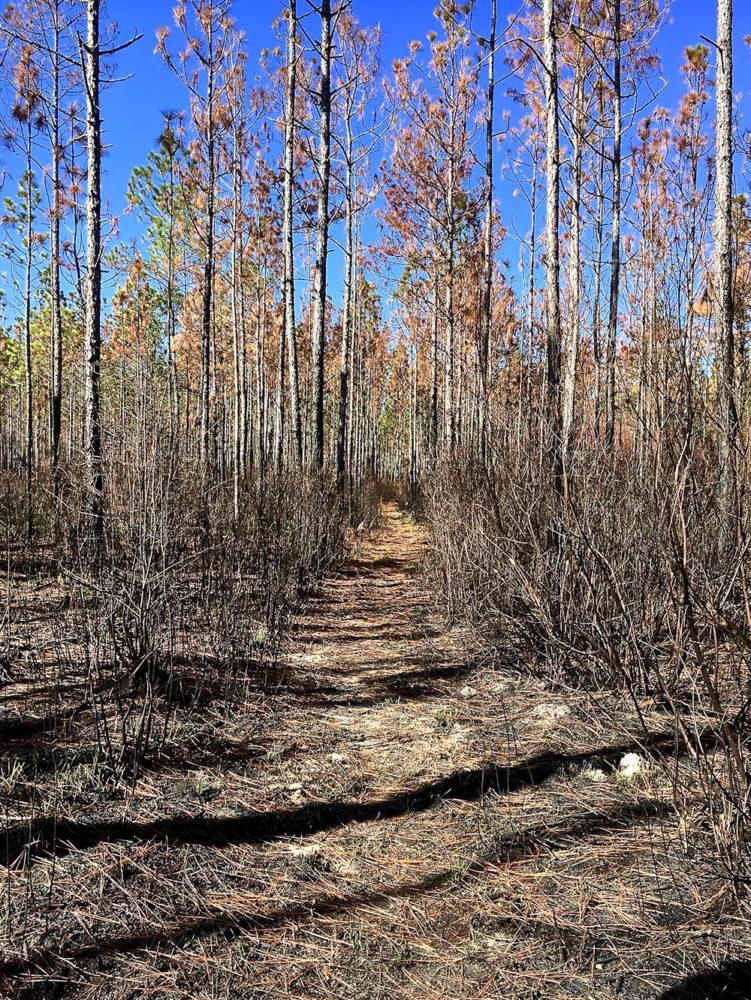 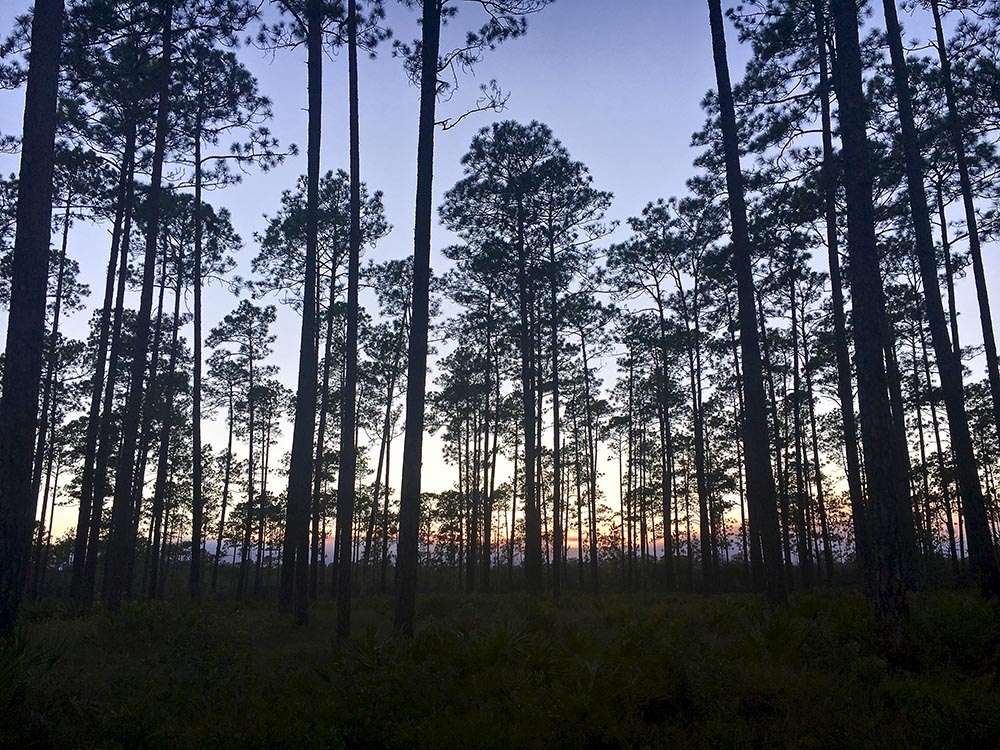 Today’s destination was a trailhead on FR 107, and wow, this was a day for the record books! I had one of my longer hikes planned, a 23.5-miler. But due to various circumstances, I didn’t get started on the trail until almost 9:30 a.m. With sunset around 6 p.m., I figured I’d have to hike a little in the dark. I had a headlamp with me and wasn’t too concerned.

That changed quickly, as one stretch of the Apalachicola Forest was filled with downed trees. Not the kind with widely spaced branches that you can easily climb over, but the bottle-brush kind with innumerable branches that you can’t step over. I probably wasted 20 minutes in one spot, just to move ahead 50 feet. The rest of this section, while not nearly as bad, still involved much bushwhacking. I rejoiced when I came upon a prescribed burn – yes! All of those thick bushes were burned away. Still, would I be able to make it to FR 107 in decent time?

To add to the stress, my orthotics were causing my new shoes to slip a little as I walked. I knew about this slight slippage before I came back to hike, but at the gym it was insignificant. On the trail, doing hours of hiking, it equated to huge blisters. I stopped numerous times to bandage the sore areas, then duct tape them, etc. I’ll probably switch to my hiking boots tomorrow to give my poor feet a break.

After the trees and my blisters slowing me down, I actually made up some time when the trail began piggybacking on fire roads. By the end of the day, I had only about 1.5 miles to hike in the dark. A piece of cake, I thought. Except the minute the sky darkened, the trail led me into a small, dark swamp. Normally not a big deal, but this one was very wet and dark and I couldn’t find the trail with my headlamp. I dropped my phone twice in the muck, got my shoes submerged and had to bushwhack my way back out. Thank goodness for the trail app, which shows where you are via GPS. If not for that, I’d still be out there.

As I was nearing my car, I heard this weird whistle. It was the kind of whistle you hear in murder mysteries. I grabbed my mace, thinking some weird guy was out in the woods. Turned out to be Taz, a thru-hiker. He saw my headlamp and was trying to warn me he was there so I wouldn’t be scared. Ha! As I neared him (and didn’t see him) he called out hello and I screamed, despite having heard his creepy whistling. Which, I guess, was from some spaghetti Western.

Taz and I chatted a good long while. But I had to break for the motel. I needed a shower! I was filthy and had dried blood everywhere from all of the bushwhacking.

Tomorrow I just have 18 miles of the Apalachicola forest left. I’ll be happy to leave it behind!