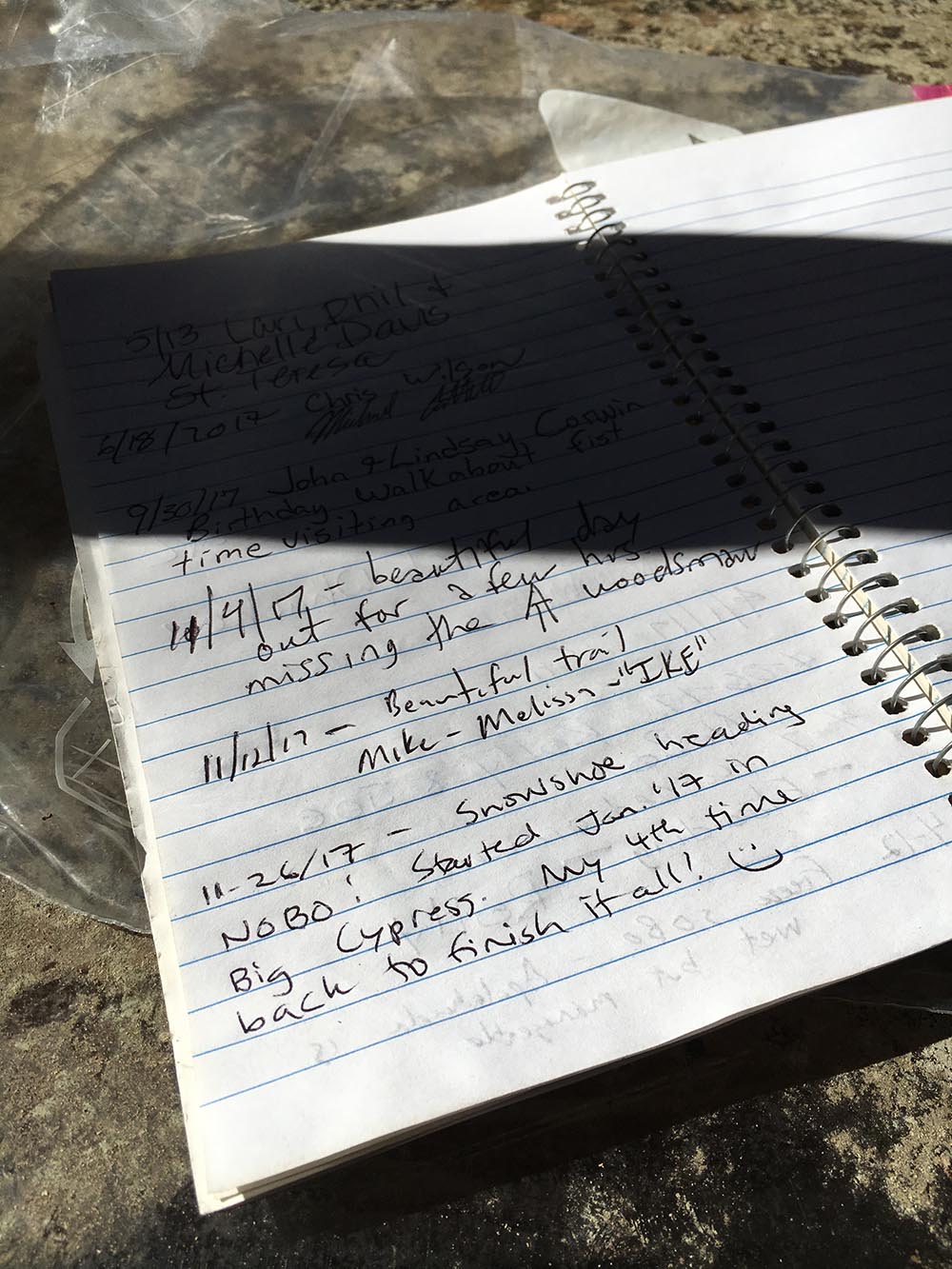 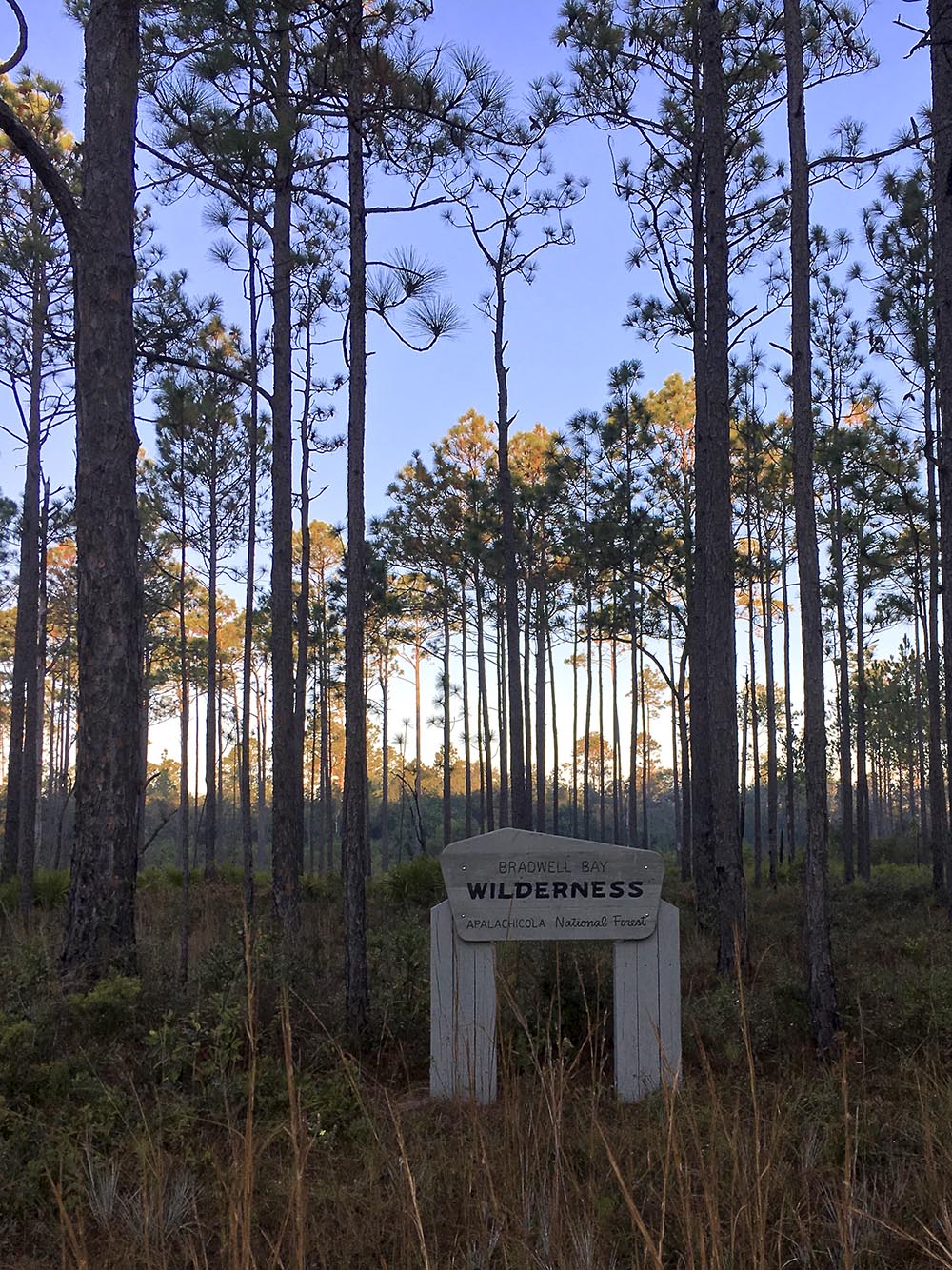 Today I entered the Bradwell Bay Wilderness area in the Apalachicola National Forest. The weather was great, with the highs around 70.

I came upon a trail journal early on – I love those! – and it was fun to see the names and messages from my peeps back from my start in Big Cypress last January. Oh, I wish I could have done a thru-hike of this trail like many of them did! Unfortunately, I couldn’t take two or three months off of work.

Anyway, the best part of the hike through the Apalachicola National Forest came in the last half of the day. Around noon, I was able to take my lunch break in one of the Florida Trail campsites, which are really nice here. A retired gentleman has made nice signage for the camps, which also feature a fire ring, firewood protected in plastic bags and a spacious bench.

Martians and UFOs in the Apalachicola National Forest

So, I ate lunch at the Bent Sapling Camp. It was great, but I was especially intrigued by the following Martian Camp. Not only was the name intriguing, but the campsite’s sign included a UFO picture! Later that day, trail angel Linda Patton told me that at one point, someone etched an elaborate story about a UFO encounter onto the guardrail over the Sopchoppy River. (Love that name!) The elements eventually erased the etching, but many people remembered the story. So that’s why they decided to create a campsite named Martian Camp.

Can’t forget to note that the final few miles along the Sopchoppy River were beautiful. The Apalachicola National Forest is gorgeous! Tomorrow I’ll face the forest’s Bradwell Bay, the second swamp crossing on this trail. It’s supposed to be a tough one, so wish me luck, as I’ll be tackling it solo.