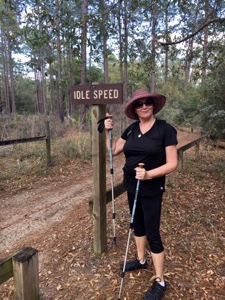 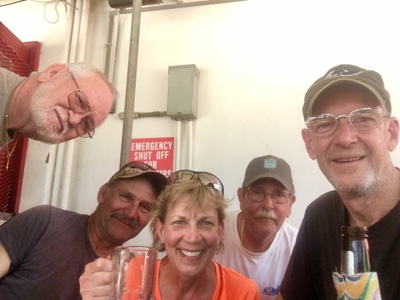 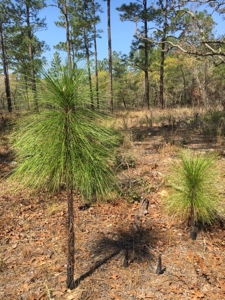 I had a wonderful morning heading out from Pat’s Island. There was a seven-mile stretch around Hopkins Prairie that was just breathtaking. The light was hitting the plants just right, and it made this amazing golden glow.The more I hike our National Scenic Trails, the more I fall in love with prairies.

Well, shortly after exiting the prairie, I turned a corner on the trail and saw a black bear not more than 50 feet away. I was startled, and so was he/she. Luckily, the bear promptly crashed back into the woods. That’s the closest I’ve been to a black bear in the wild.

Things began to heat up in the afternoon, so I made sure to stop at the 88 Store, a recommended pit stop in the Florida Trail guidebook. Great move! I bought an ice-cold beer and an ice cream sandwich, then enjoyed both with a group of men sitting out on the porch. One of them said it was 87 out. Yikes!

Then, I saw a toddler who was trying to “shoot” everyone with his plastic rifle. I heard his mom say, “Just ask her. Just ask her.” I turned around, but the little boy was too shy to ask me anything. So, the mom said her son wanted to know if I had a rifle on me. What?! Turns out he saw my new hiker sun umbrella, which was in a black sheath, and thought it was a gun. Ha! I used that umbrella quite a bit today, as it was so warm.

At the end of the day, I met Judy Kirkwood, aka Ten-Miler, at Lake Delancy Campground. She had driven all the way up from Boca Raton to join me for a few days. I still had two more miles to go to finish my day when we met, so she drove ahead to meet me there: a spot where the trail crossed a dirt fire road. However, she only had a partial map on her, and we ended up being separated for more than an hour.

I didn’t have cell service at this dirt road, and thus couldn’t call her to tell her where I was. So, I had to hike back (and hitch a ride) to Lake Delancy, where I had one bar and could reach her.

But despite this snafu and the heat, it was a fantastic day on the trail, as always.