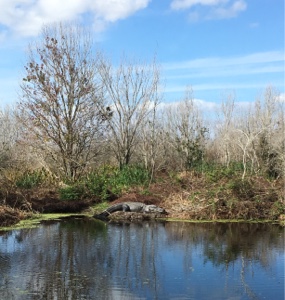 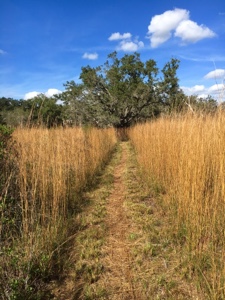 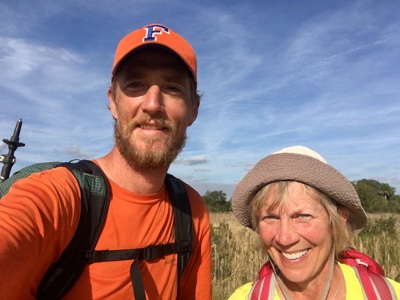 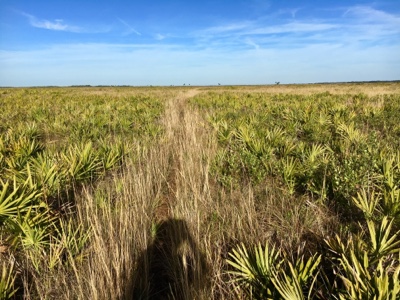 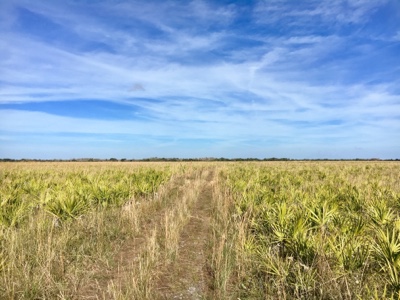 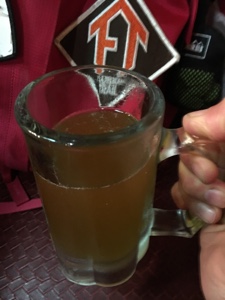 I’ve almost reached Orlando on this first hike along the Florida Trail. But I had to stop at the end of the day today. While I’m anxious to get back home, I’m also sad to leave. It’s so wonderful to be out in nature every day, and to see beautiful sights and meet great folks.

Yesterday, Nails, Dirty Dog and Minute strongly advised getting a shuttle from River Ranch to the start of the next off-road trail segment, Three Lakes. There’s a five-mile road route along busy Hwy. 60 between the two, and they said it was too dangerous. After hiking the uber-busy Hwy. 70 out of Okeechobee, I wasn’t keen on another death-defying highway hike. So I drove myself to the Three Lakes area and parked in some hunting campground. The hunting season is over, so there were just a bunch of empty trailers there.

I had originally planned to hike the 16-ish miles of trail here, then have Dee pick me up and shuttle me to my car. But she had a busy schedule today and didn’t seem all that reliable, so I figured I’d hike halfway out and then back.

Well, the first half or more of this trail was terrible! First you’re walking a mile or so on that gray, loamy soil I’ve mentioned before – and that soil is so difficult to navigate. Then the trail went into tall grasses, which would have been really cool if the path was maintained. But it wasn’t, so it was difficult to find the path at times and all of the vegetation was clawing at you.

Even when the trail slipped into small pockets of woods – normally my favorite – it wasn’t nice because there were SO MANY spider webs! Ick. They kept wrapping themselves over my face and neck. Those are just gross.

As I was tackling these hard miles, I thought there’s no way I’m backtracking through this crap. Luckily, the trail kept crossing this main gravel road, so I planned to walk back on the road instead. But then I decided to post on Facebook looking for a shuttle back so I could complete this segment and be done with it. I didn’t want it hanging over my head to finish when I return.

This nice guy I met at the kick-off, Trucker Bob, offered to get me, even though he lives north of Orlando, more than an hour away. (His daughter, Julie, was the one who helped me hang my hammock the first night.)

I finished the trail at 2:45 and had a few hours to wait until Trucker Bob arrived. Suddenly, a truck pulled onto the park road so I flagged it down and asked some innocuous question – just to judge if the people looked safe or not. They did, so I asked if they could give me a ride back to my car, or at least part-way down the park road. I didn’t want Trucker Bob to have to drive so far if someone right here could shuttle me. They said sure, so I hopped in Mike and Mary’s truck. They told me they were taking this road as a scenic detour to get to Hwy. 60, and showed me this eagle’s nest they like to scope out.

After just a few miles, the road was blocked by a gate, though. A park employee was there and told them they couldn’t continue on this gravel road for a few more weeks; the gate was staying closed until then. I think it had something to do with hunting. Mike and Mary were willing to drive me all the way around on the highway to my car, but I asked the park lady if she could help get me back. She said yes, so I bid Mike and Mary good-bye and rode a few more miles with the park employee. I had her drop me off when I saw Duck hiking. I knew I had enough daylight hours to make it back to the car and wanted to bid him adieu.

Duck and I chatted a bit and exchanged war stories about this section of the trail. Then we took one more selfie together, and I encouraged him to hike the Ice Age Trail next. After that, we went our separate ways. I reached my car around 5:30 and did the tally: I’ve put the first 260 miles of the 1,200-mile Florida Trail behind me. Now I just have to figure out when I’ll return …