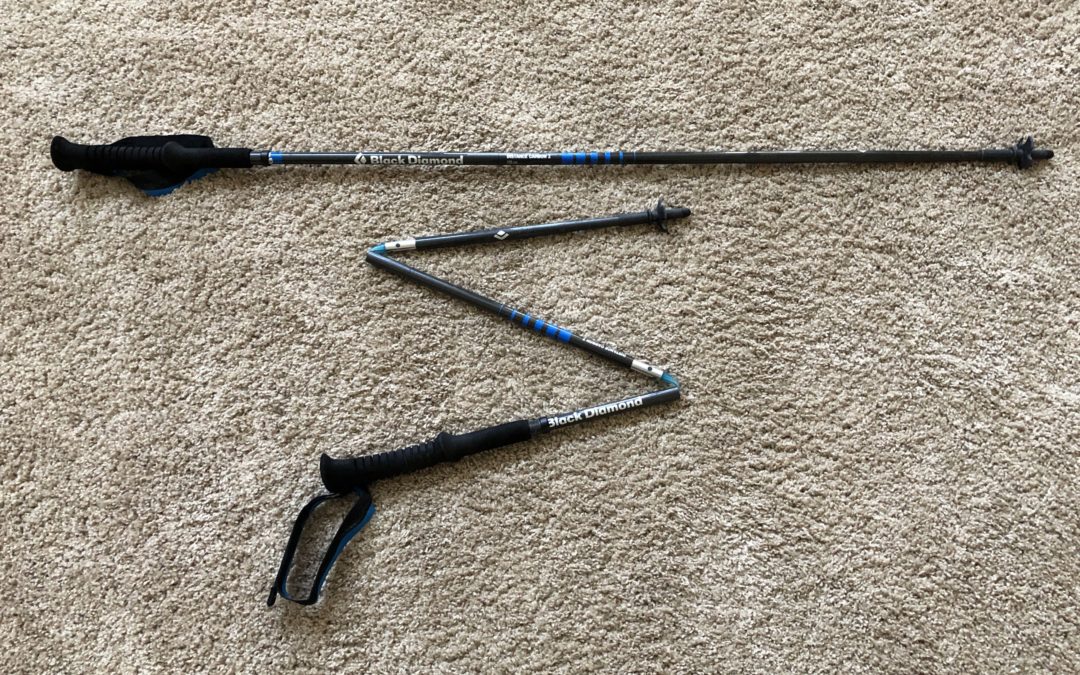 People often ask what hiking clothing or gear I can’t do without. Trekking poles are always on the top on my list.

I can’t quite remember why I first bought a pair. But it was sometime after a hiking companion raved about them while we were gamboling around the hilly English countryside back in 2008. She had injured one of her knees, and said they were great because they took quite a bit of pressure off of that part of your body. My knees were just fine, though, so I thought they’d be overkill for a healthy, fit person.

But in 2009, after hiking a portion of the Camino de Santiago (Vía de la Plata), I purchased a pair. Why? Everyone on the Camino had them. And I guess I wanted to fit in. That was a silly reason to purchase them, but I’m glad I did. For it was love at first step.

For those of you who have never used trekking poles, here are some reasons to try them:

The downsides? Just as with anything, there are a few. They’re one more thing to keep track of. And sometimes you need your hands for something else, like holding an umbrella. But the pros clearly beat out the cons.

Which Poles Are Best?

So which poles are best? I started out with a mid-level pair from REI with cork handles and two adjustable segments. Back when I got them (around 2010), they were about $80. That pair lasted for some 6,000 miles of hiking. I still have them, actually; the only thing that’s gone wrong over the years is that the adjustable segments sometimes collapse while I’m hiking and need to be re-tightened with a screwdriver. 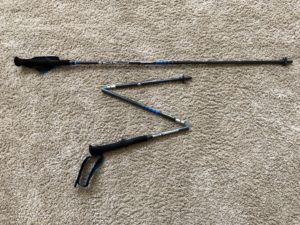 This spring I upgraded to these Black Diamond Distance Carbon Z Trekking Poles. I paid $169 for them, and as of this blog post they’re on sale (must be closing out). They’re worth the extra money because they’re made of carbon fiber, so they’re very strong, yet lightweight (just 9-10 ounces). And their unique, three-section foldable design means they snap open and closed easily with no need to constantly re-configure the height for your body.

I did have one negative experience. On my first hike with them – the 315-mile Superior Hiking Trail – the straps began to fray. I contacted Black Diamond, and they promptly sent me a new pair. Yay! However, they did not include instructions for getting the old straps off and the new straps on, and it wasn’t intuitive. I found one YouTube video online that helped, but it wasn’t the greatest video and I still had to intuit some things.

So if you purchase this pair and ever need to figure out how to put on new straps, watch that video and then read this for more clarity: 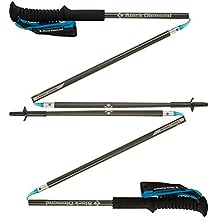 As an Amazon Associate, I earn from qualifying purchases. This does not affect the price you pay.