The Secrets to Biking on Mackinac Island 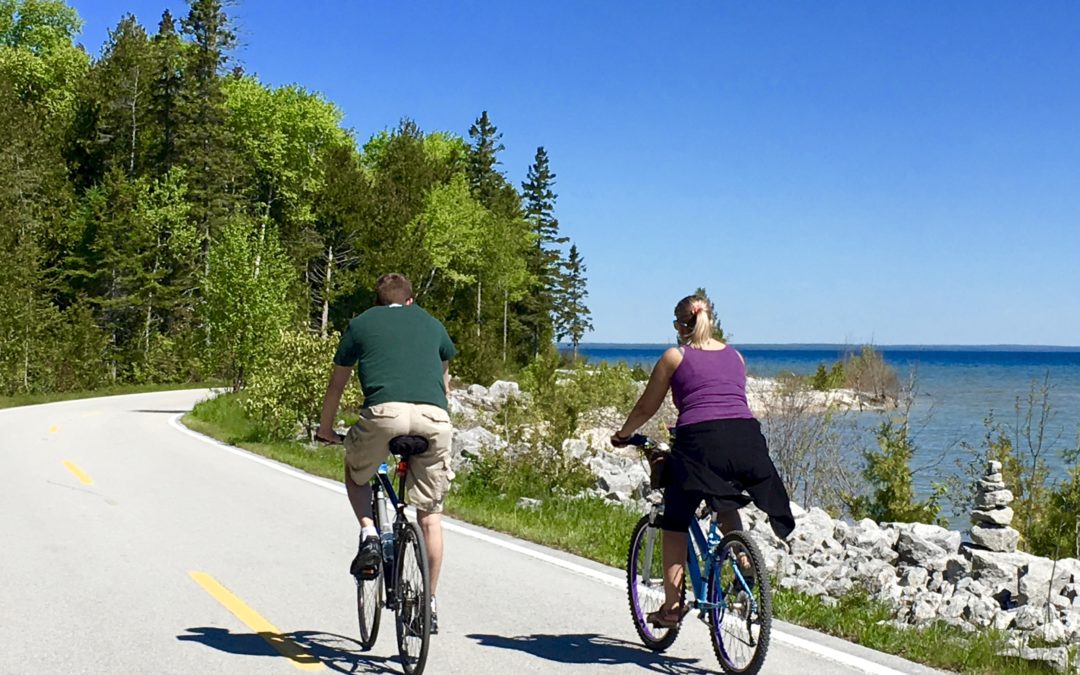 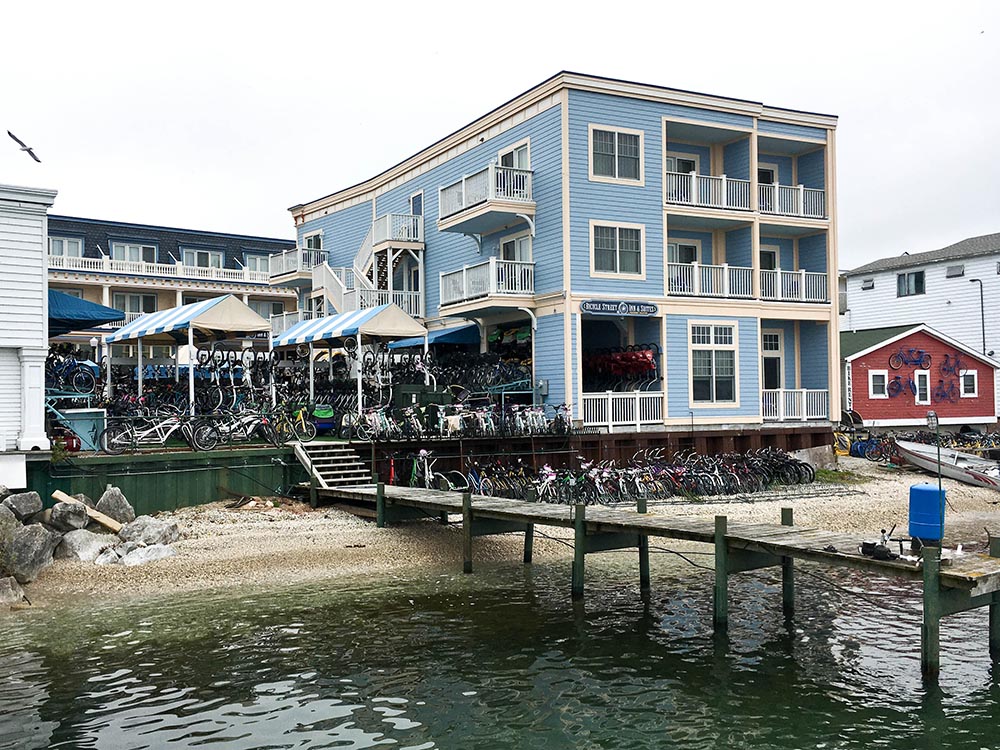 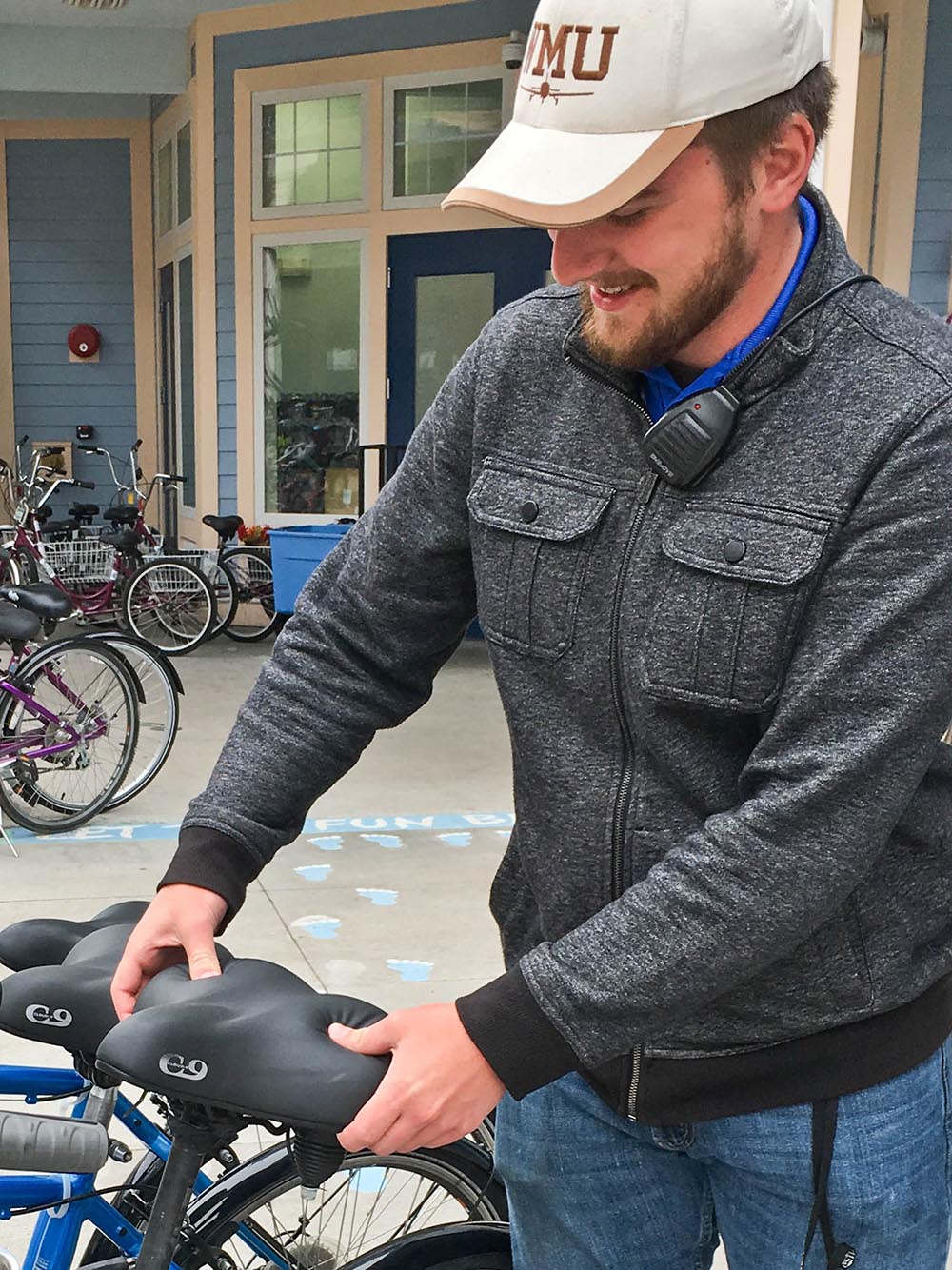 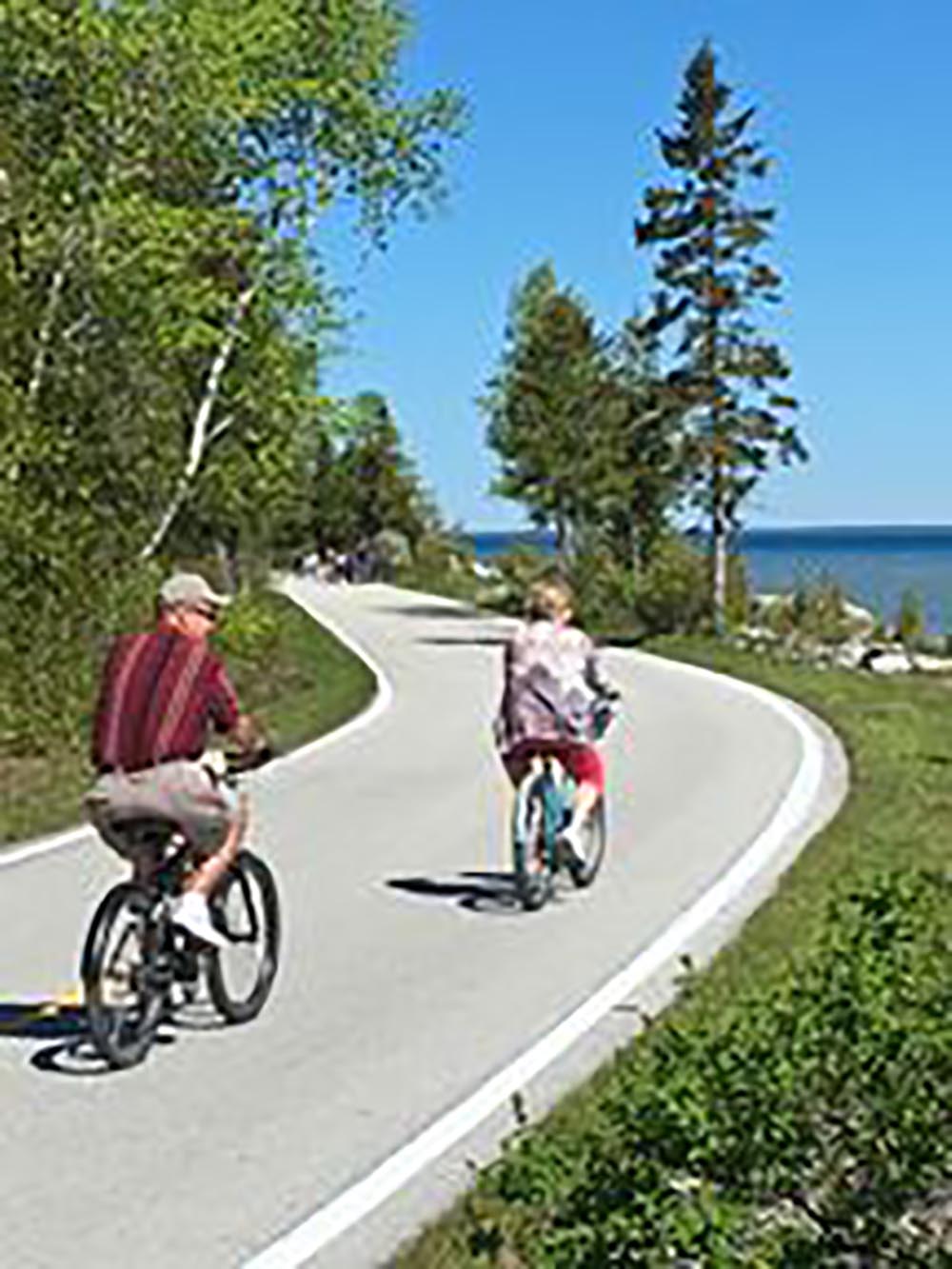 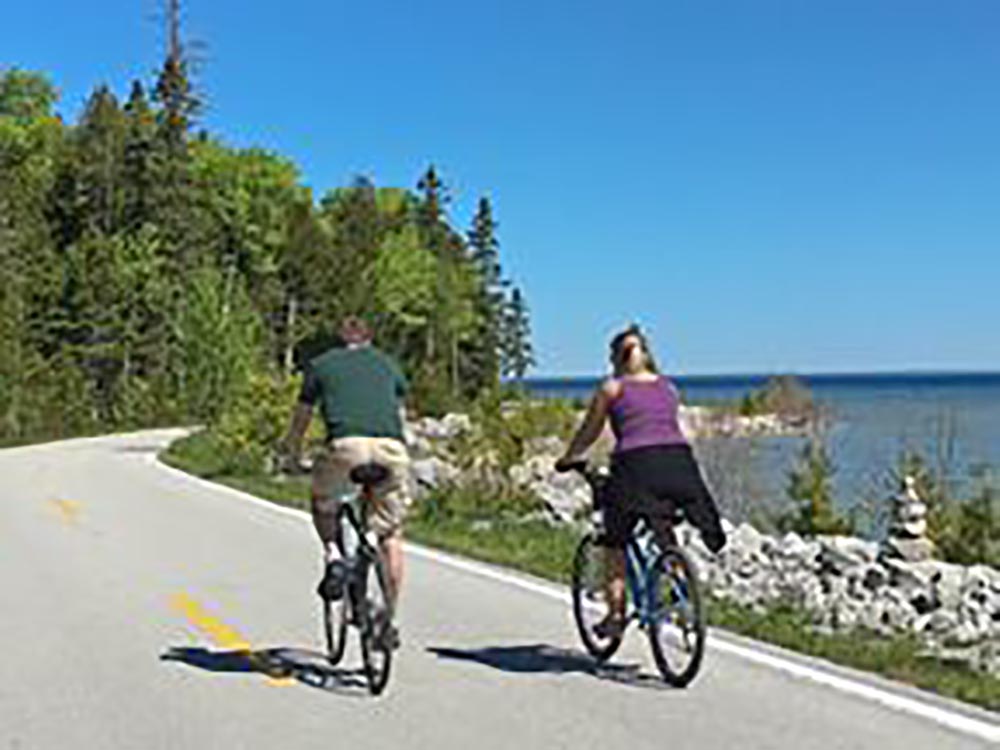 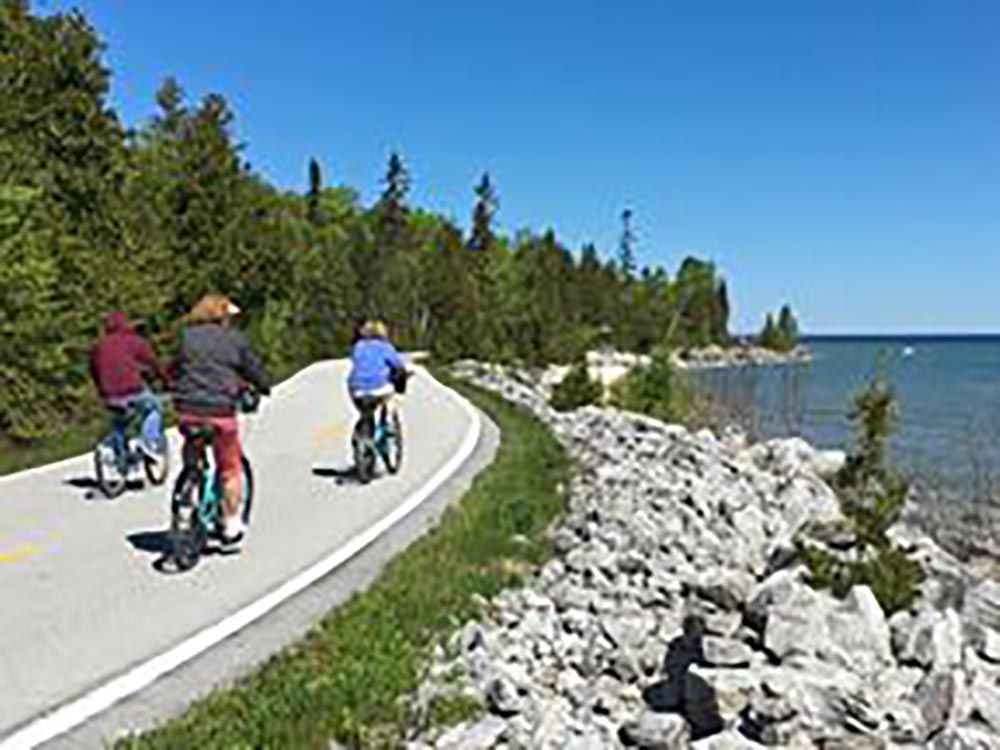 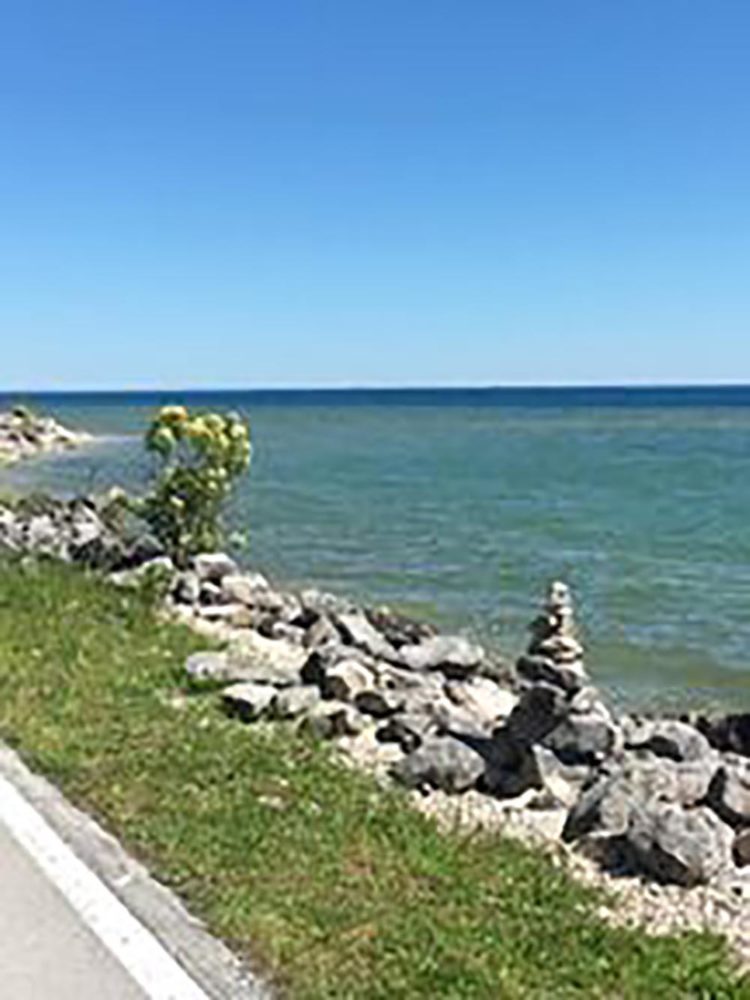 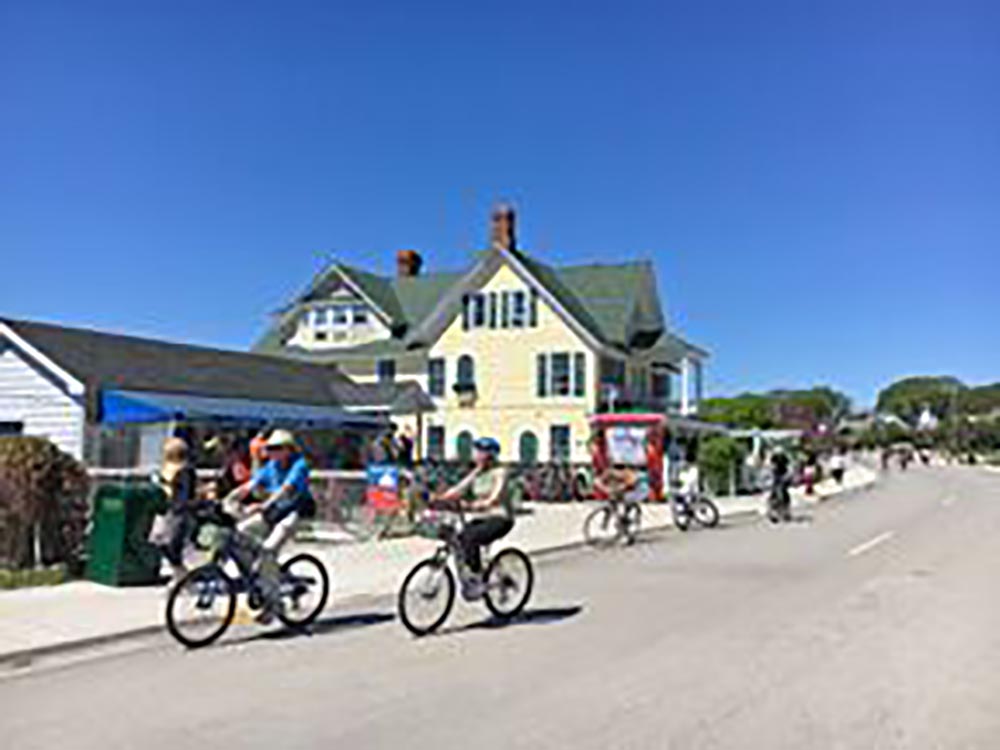 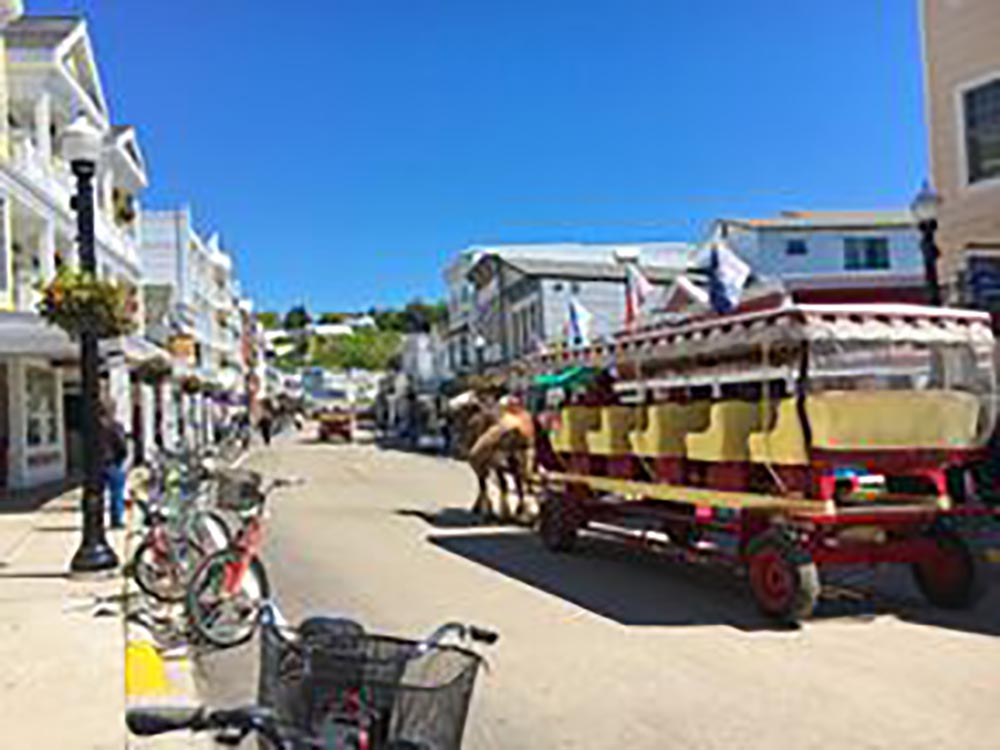 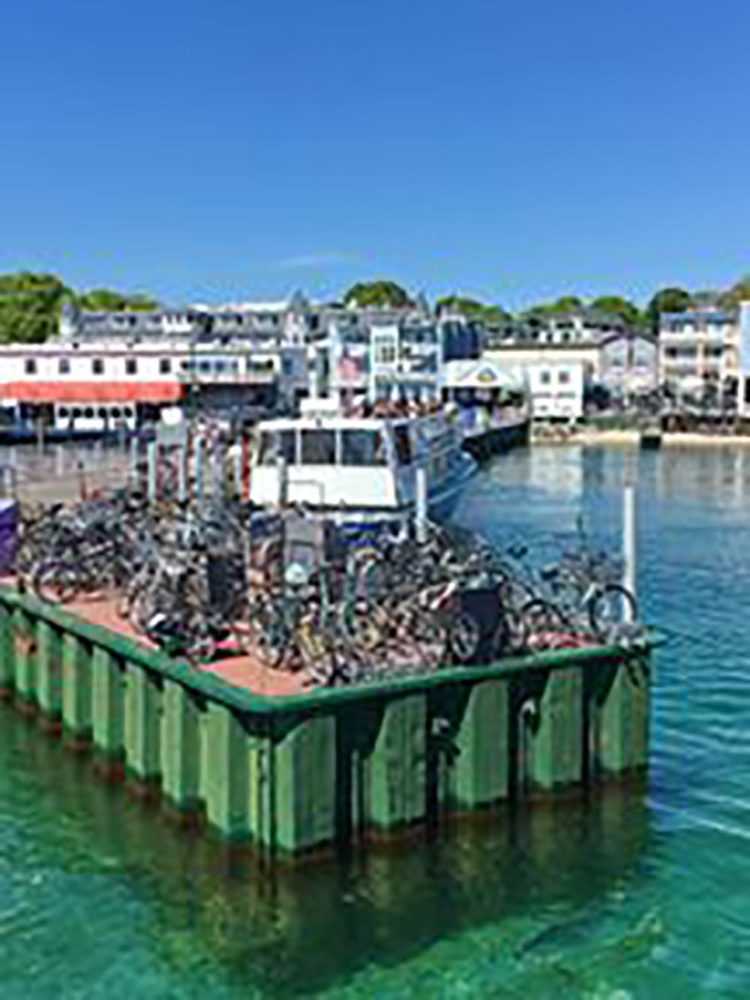 Biking is all the rage on Mackinac Island, where cars are forbidden. That no-car rule has an interesting history, but it’s in the story, so I won’t spoil it.

So, for those of you who haven’t heard of Mackinac Island, it’s an island belonging to the state of Michigan. The island sits in Lake Huron, one of the five Great Lakes, right in between Michigan’s Upper and Lower Peninsulas. Mackinac Island is home to Fort Mackinac, founded in 1780. The fort was the site of two major battles in the War of 1812, and today is a historic site that can still be visited.

Visitors love Mackinac Island’s trails, woods and limestone rock formations, which cover the bulk of the island. But they also come to see, or stay in, the Grand Hotel, a famous, ritzy hotel that is home to the world’s largest front porch (660 feet, or 183 meters).

Ferry Over to Mackinac Island

The only way to get to Mackinac Island is via ferry, and the ferries run year-round. However, the main tourist season is May through October. You can catch a ferry from St. Ignace or Mackinaw City. But before heading over, learn how to pronounce the island’s name. It’s pronounced MACK ih naw. Do not say MACK ih nack.

One more thing to know about Mackinac Island is that it is famous for its fudge. If you’re a fudge-lover, make sure to grab some. If you’re not, no worries. There is plenty of other good food to be had.

Also, make sure to keep an eye out for the horses. Since cars aren’t allowed, horse-drawn carriages and carts abound. So make sure you steer clear of them. Or, if you’re so inclined, hop aboard!

Thankfully, the island is fastidious about cleaning up the innumerable horse apples that the horses drop in the streets. Still, keep an eye peeled if you want clean shoes.

Intrigued about the island? Then read on!

As an Amazon Associate, I may earn a small commission from certain products. This does not affect the price you pay.