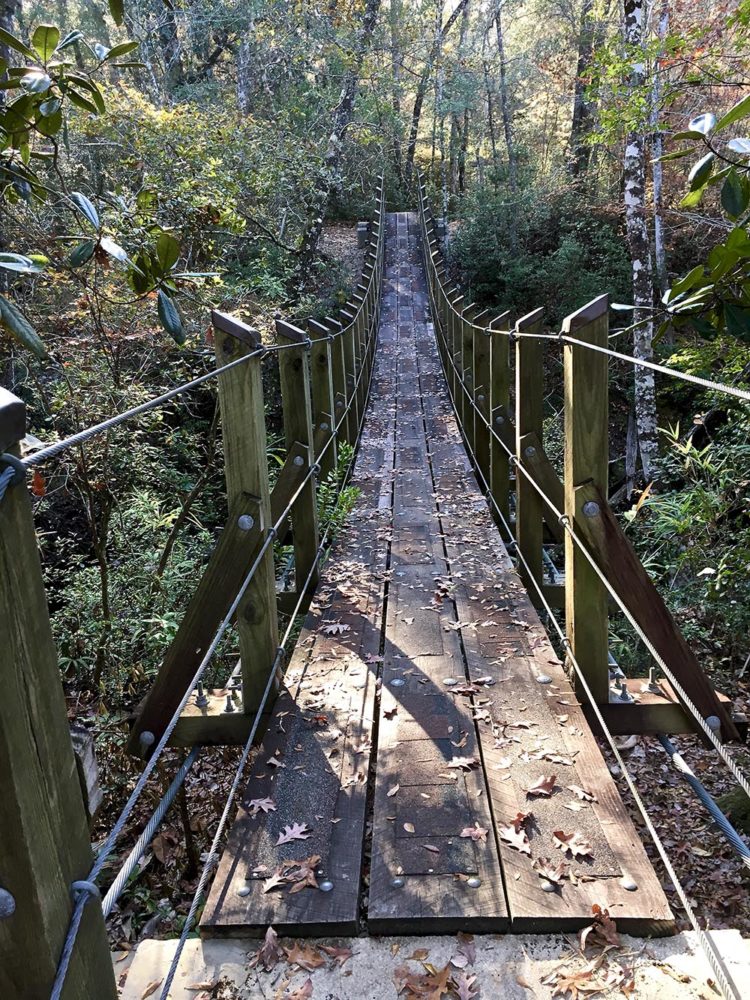 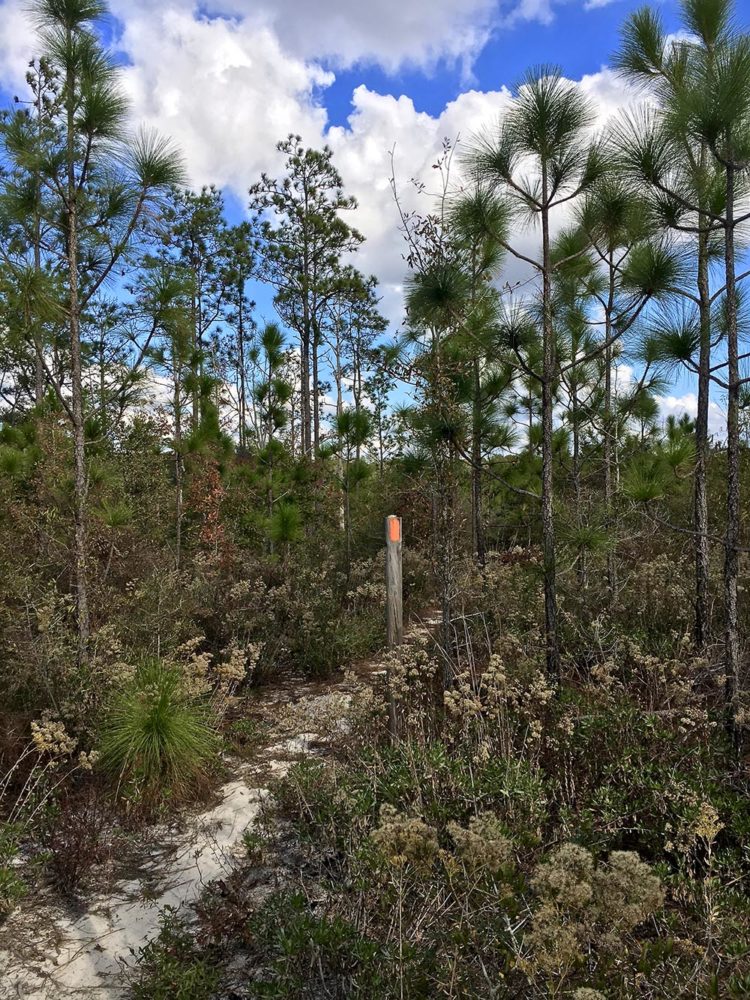 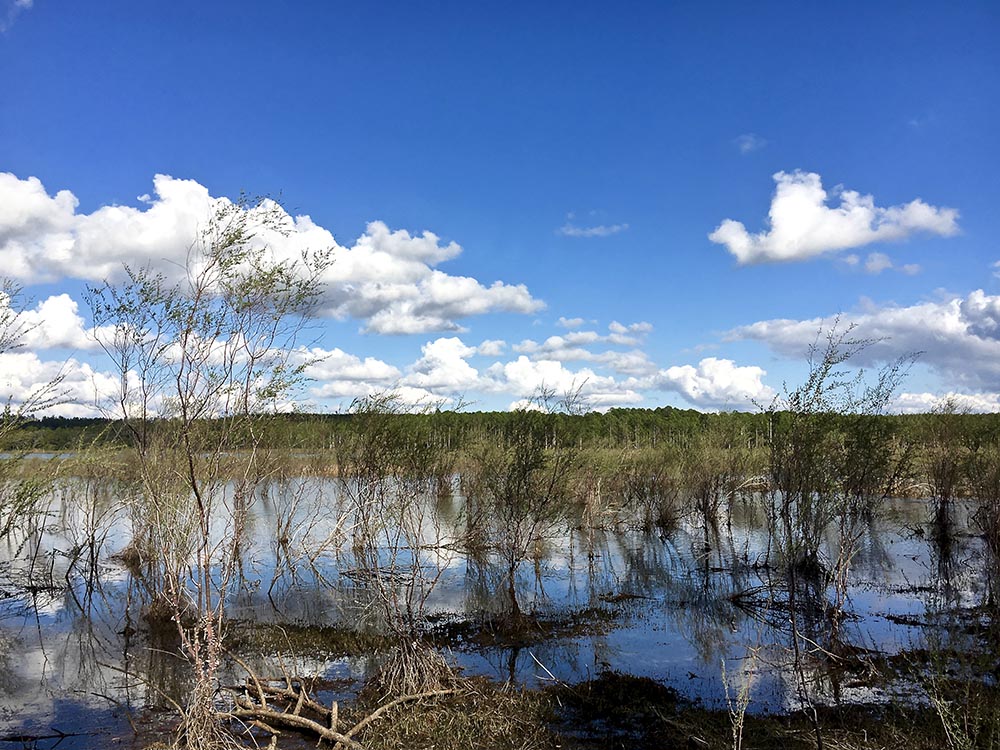 What a (mostly) great day in the Econfina Creek area! So, Judy slept in and I drove myself to the Scott Road area, where I left off yesterday. It was a nice, cool morning (mid-50s). I had about 18 miles of hiking through the beautiful Econfina Creek Water Management Area ahead of me.

The trail was hilly here, winding up and down small rises while following the creek. There were lots of boardwalks and even several swinging bridges. One was called Apple Bridge, and had a carved apple on it, although I don’t know why. Another was called Fender Bridge because an old, abandoned fender was nearby.

I ran into a trail crew early on; this weekend they were working on maintaining this section of the trail. We exchanged pleasantries and they took my photo. (Workers always take photos when they run into hikers!) I didn’t see Eric Lewis, the man I met the other day, but the workers said he was in the area.

At one point, I passed what is called Devil’s Hole on the map. It appears to be a large, sandy area that eroded away into sort of a funnel shape.

A snafu occurred mid-afternoon, while still in the Econfina Creek area. Judy was hiking in toward me, and called me to say she saw signs saying the trail was closed due to logging. I said it was not. For I’d just hiked about 14 of the 18 miles with no issues. Plus, the trail crew didn’t say anything to me about closures. So she kept hiking eastward toward me.

Well, I suddenly crossed a road and saw a sign that said the next mile of the trail was closed for logging in 2017 and 2018. And a re-route was in place. I should take it, except Judy was hiking toward me. What if I took the detour and she was hiking in this closed area? Then we’d pass each other and who knows how lost we’d get. It was also strange that my Guthooks app did not show the detour, as it normally does show detours. I pondered the situation.

This trail closure sign looked brand new. And the trail crew did not mention any detour to me. Nor did my app show a detour. So I decided the trail crew must have just created the detour this weekend, and no logging had started yet, so it was best to forge ahead and find Judy rather than get separated.

That proved to be a bad move. Unbeknownst to me, Judy had turned around in this part of the Econfina Creek area, because our cell phones weren’t talking to each other in real time. Then, after hiking on a pretty path for about one-third of a mile, I emerged into a clear-cut area. It took me about 20 or 30 minutes of thrashing around in a huge field of charred stumps and branches before finding where the trail continued on.

When I finally met Judy at the trailhead, I still had nearly five miles on the road to squeeze in before dark. I just made it!