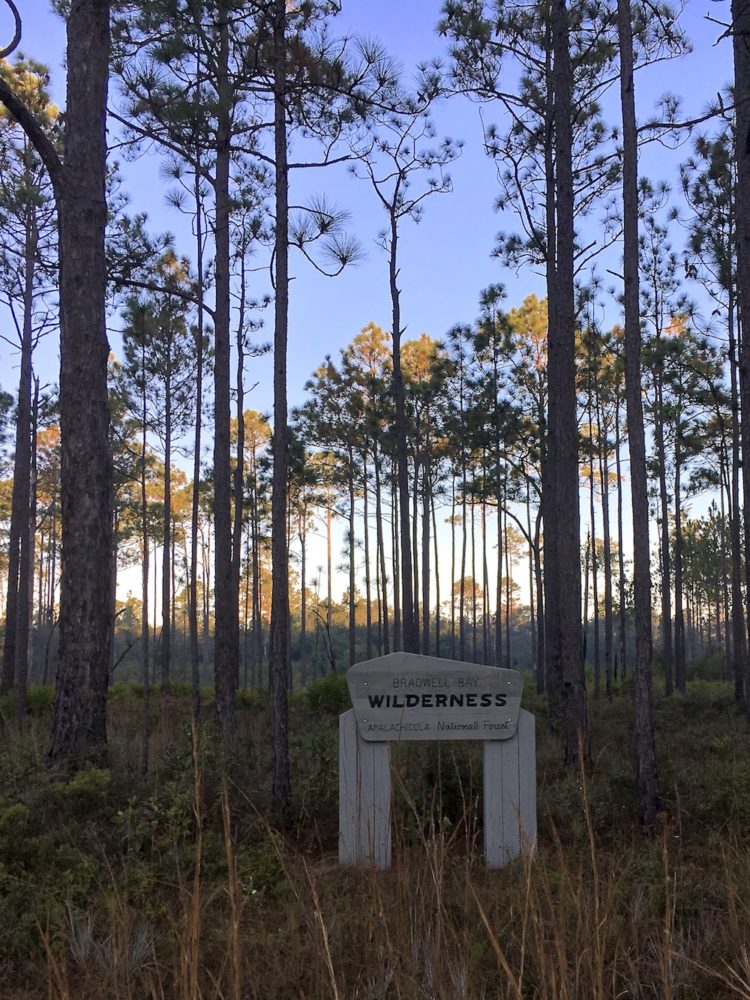 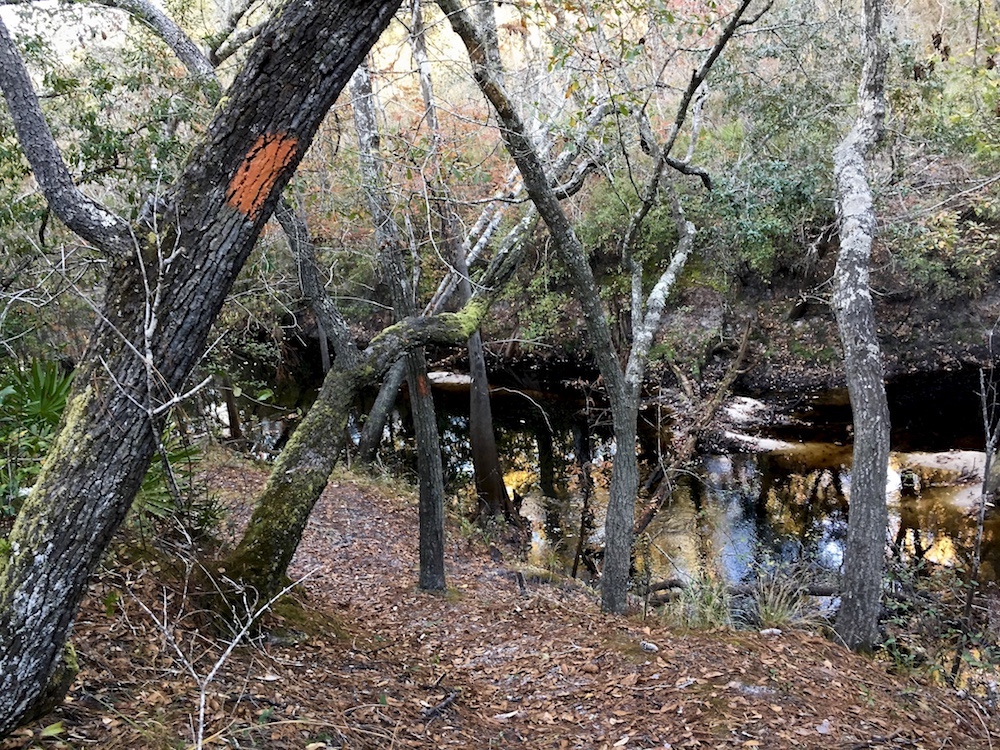 Today my destination was Jack Crum Road. But much of my day was spent hiking 18 miles through St. Marks National Wildlife Refuge.

I started in tiny St. Marks on a recreational path created from an old railroad that once ran from St. Marks to Tallahassee. Temps were in the upper 40s, so it was a tad chilly. But in an hour I had perfect hiking weather.

The trail left the recreational path at Hwy. 98, and the next few miles weren’t so great. The trail is supposed to run parallel to Hwy. 98 on the north side of the road. I found it, but it wasn’t maintained well. In addition, the blazes kept pointing me onto 98 but not showing me how to get back into the woods. Long story short, I kept hiking on and off the trail/Hwy. 98.

After skipping on and off the highway, I finally dipped back into the National Wildlife Refuge. I’d hiked a little in its eastern portion in April, and it was magnificent. A lot of the trails in the east were on levees, and it was easy to see much wildlife. The western portion is much more wooded. It was very pretty, but the trail here was quite overgrown. I learned later that this section of the Florida Trail is maintained by the St. Marks NWR employees, and they typically don’t start maintaining things until much later into the hiking season – like January and February.

No matter. Part of hiking is the unexpected, and facing challenges. There was only one area with several downed trees that was difficult to navigate. I had to cross by walking across some of the downed trees, which were thin, moss-covered and slippery. But I prevailed!

I ended up finishing about 45 minutes ahead of schedule. While waiting for my shuttle by trail angel/volunteer Linda Patton, I was attacked by no-see-ums. Ack! I’d totally forgotten there would still be bugs here. After all, I’d been hiking in snow and 20-degree temps back home just two weeks ago.

Back at my motel, I couldn’t find my cell phone. After searching for 30 minutes, I recalled setting it on top of my car in St. Marks, something I never do. But my backpack had leaked into Linda’s car and I was flustered. I flew back to St. Marks, but the phone wasn’t in the parking lot. Before heading to the police, I decided to stop in at this restaurant that was one block from the parking spot. I had made a left-hand turn here, and thought maybe the phone fell off here.

Bingo! It had, one of the employees had seen it fly off the roof, and she had been calling all over to find me. I was so happy. Despite all of the craziness in the world, most people are good people.

Bonus: I met Cameron, Karl and Collins at the restaurant; they gave me a booklet that had also flown off the roof. I think it was one of Linda’s. We had a lovely conversation.