What to Know About Hiking Cairns 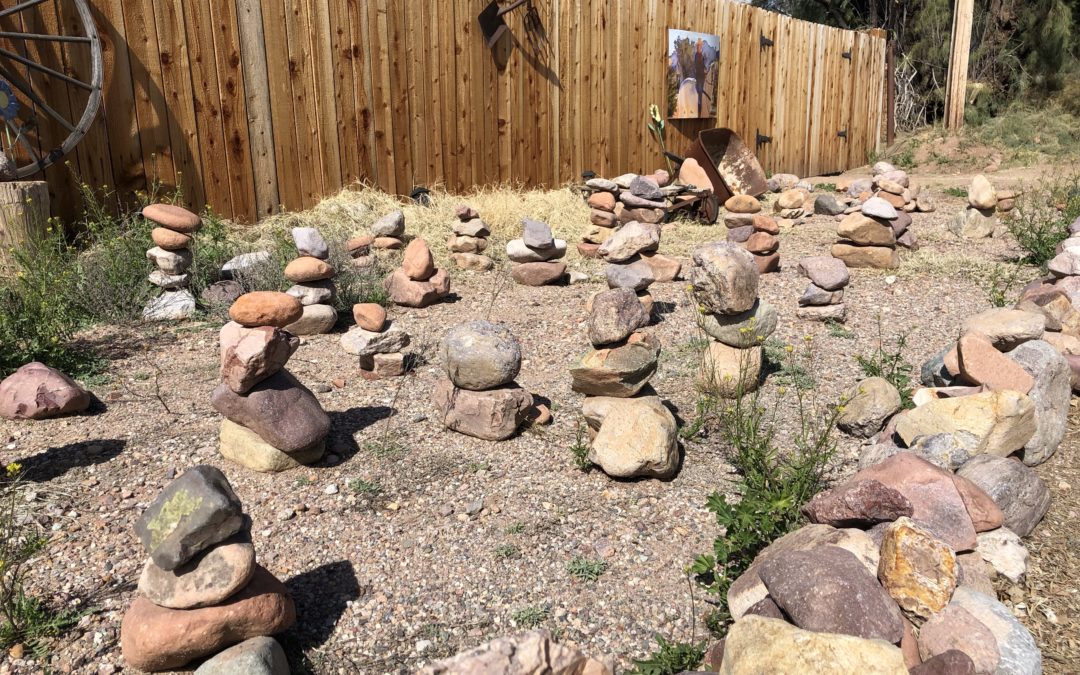 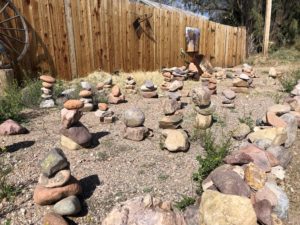 If you’re a hiker, you’ve seen hiking cairns. Hiking cairns are small piles of stones stacked together. Typically, they’re used to show hikers the correct way to proceed along a path when it’s not clear. They’re a way to say to hikers, “Hey, guys! Go this way!”

Why do we need cairns if trails are marked? Sometimes trail signs are in confusing, or not-that-visible, spots. Trail markers are often missing, too. Why is that?

Sometimes blazes fall off trees, or loggers cut down blazed trees. Other times painted blazes fade away. At times, people remove blazes to be funny, or sometimes just to be mean.

If a trail winds through rocky terrain, or places where there aren’t many trees on which to put blazes, those marking the trail might have to space trail signage farther apart than normal. This can be confusing for hikers, especially if the trail splits and the next blaze isn’t visible.

In all of these cases, this is when cairns become invaluable.

My Relationship With Cairns

I first came across cairns when I started hiking in earnest. This was back in 2009, when I first hiked the Camino de Santiago. I quickly fell in love with them for several reasons.

First of all, they helped me when trail markers were missing! Second, they fostered a wonderful sense of camaraderie. You knew other 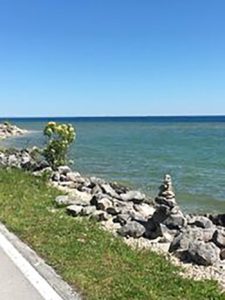 people passed this way before you, and that they were looking out for their fellow hikers. Third, I appreciated their artistic appeal.

While cairn-creators often stack rocks in a simple tower, sometimes they come up with inventive designs. Other times hikers decorate them with pine cones, shells and other objects.

At some point during my Camino hike, after more than a few cairns prevented me from heading in the wrong direction, I began adding a rock to every cairn I passed. Or at least to the ones that really needed to be visible. And I began taking pictures of the most appealing ones.

The Art of Cairn Creation

On more recent hikes, I’ve noticed a trend where people are creating multiple cairns in one spot. It’s often near a body of water, where there are lots of stones available. The people are often not hikers or backpackers, but visitors. Some of these cairn collections have been rather stunning.

Eventually, I was so taken by cairns that I created a cairn board on my Pinterest site. One of the most-repinned shots is of a cairn alongside a popular biking route on Mackinac Island. The cairn isn’t necessary for guidance, but it sure is pretty. However, it may be taken down soon. Because I’ve recently learned my beloved rock piles are controversial.

As hikers and outdoorspeople, we should familiarize ourselves with the seven Leave No Trace principles. Pack out your trash, don’t bother the wildlife, stay on the trail – all that wise stuff. But some people, including the folks at the National Park Service (NPS), say disturbing anything in nature, even a small rock, is not good. Why is that? 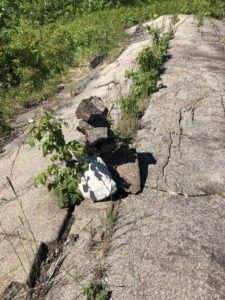 Well, if you move a rock from one spot to another, you may ruin the home of an insect or animal. If you move a bunch of rocks from one place to another, you may foster soil erosion. And grabbing stones from any given patch of ground may inadvertently damage fragile plants or destroy delicate micro-ecosystems. So the NPS says hikers should not build cairns, nor should they add stones to existing cairns. (Oops!)

Yet, sometimes authorized park personnel create cairns. In some areas, like Hawai’i Volcanoes National Park, cairns are the only way to mark trails. The volcanic landscape doesn’t offer other options. In other parks, like Acadia National Park, they’re in place partly for historic purposes. In 1898, a man named Waldron Bates, lead author of an Acadia hiking map, developed a specific cairn style for the park. Today, it’s called the Bates cairn, and park staff began rebuilding them in the 1990s.

So, the NPS says hikers shouldn’t knock over any cairns, since they may be intentionally set by authorized personnel. You also shouldn’t add to cairns, even if they’re legit, because legitimate cairns are carefully designed and can collapse if everyone starts tossing a stone on top. Finally, before you hike on a given trail, ask its maintainers what the cairn policy is. Don’t ever follow unauthorized cairns, the NPS says, or you may get lost.

To Build or Not to Build?

I admit, I’m a little sad about my newfound knowledge. I love cairns! And I hate the thought that they may one day disappear from all but a handful of spots. Plus, I definitely would have become lost many times over, on many different paths, if others hadn’t built those little rock towers to guide the rest of us along. But I certainly don’t want to be wrecking ecosystems or some creature’s home.

My thought, at least for now, is that it would be O.K. to build a cairn if there is a truly confusing intersection. After all, it could prevent someone from getting seriously lost or even perishing in the wilderness. But if you do that, make it as small as possible while being large enough to catch a hiker’s eye. And don’t use rocks from any area that looks the least bit fragile.

What do you think?

Rather than building cairns in nature, you can enjoy them via products like these: