Visiting Machias Seal Island, Claimed by the U.S. and Canada 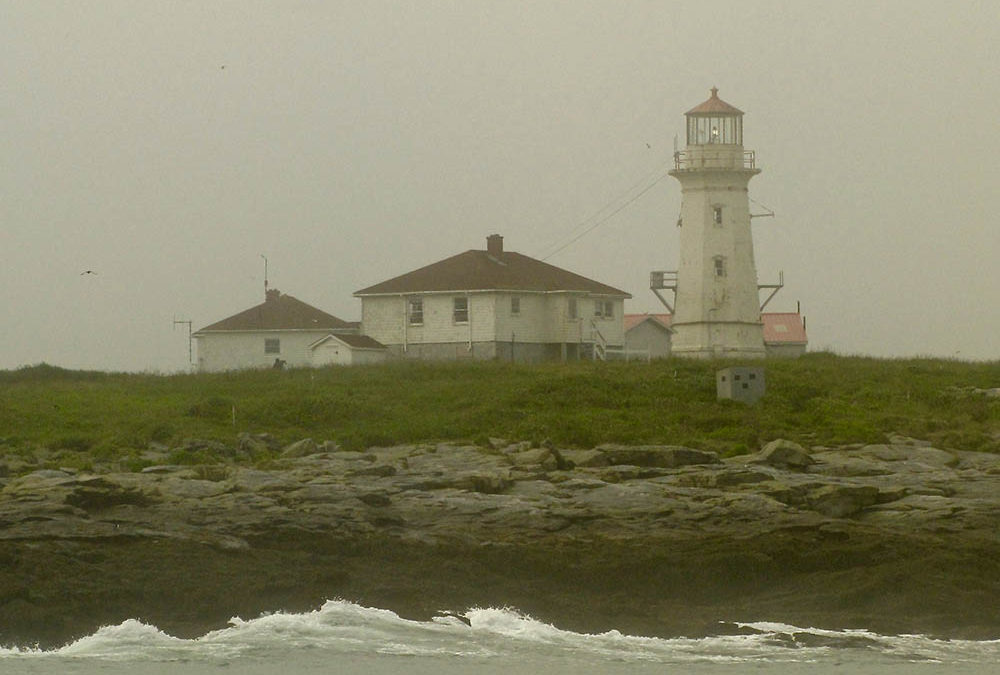 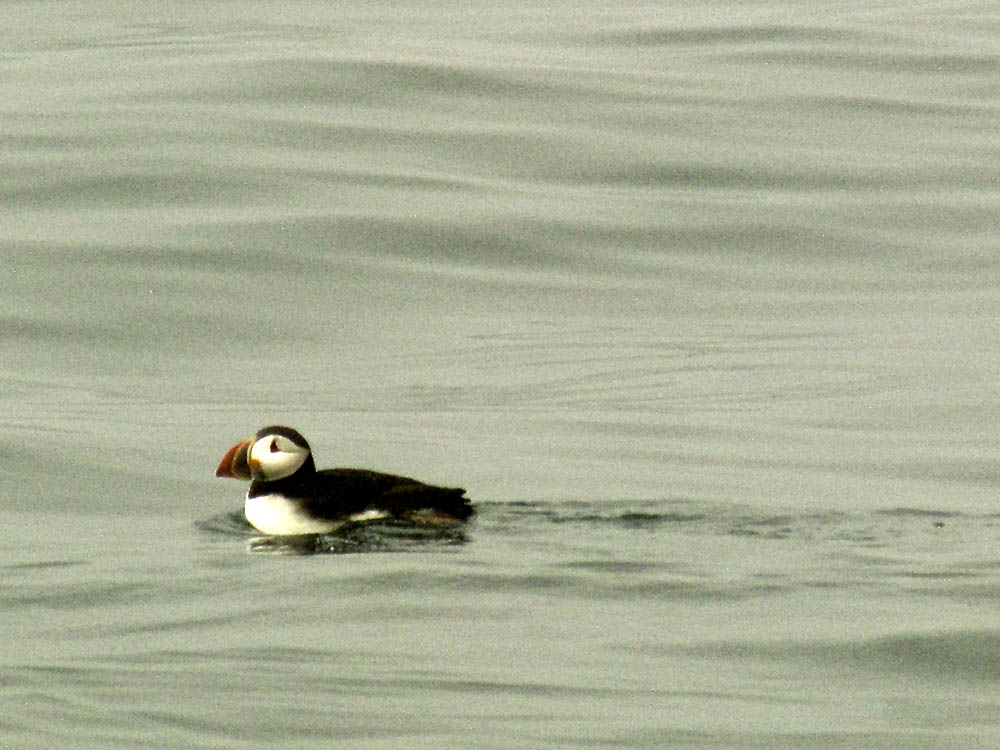 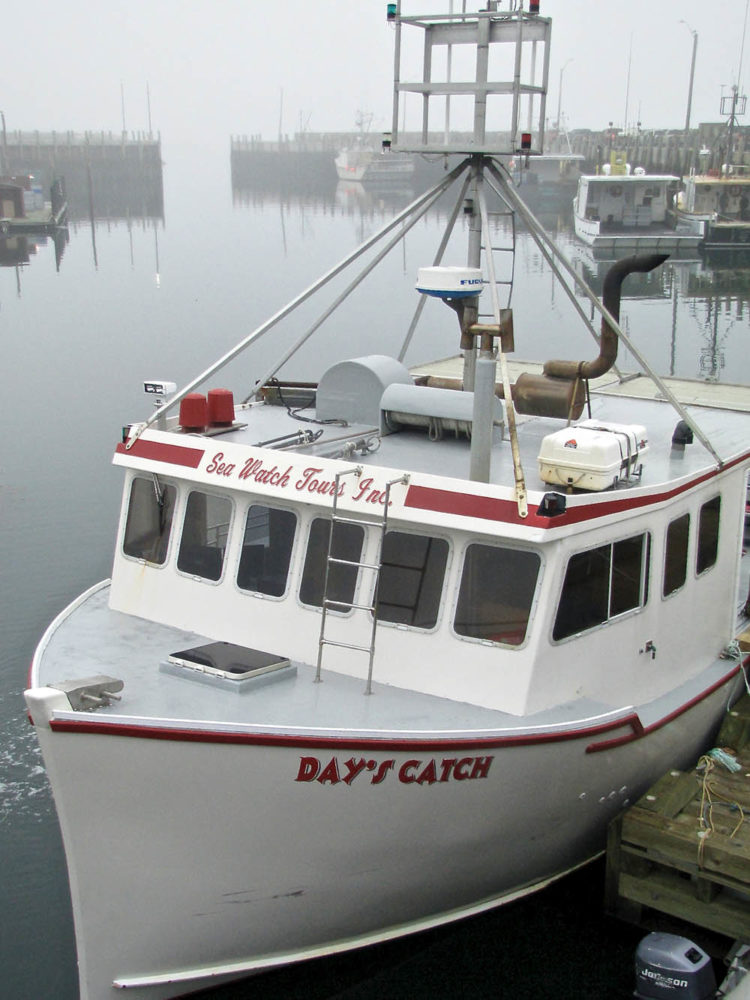 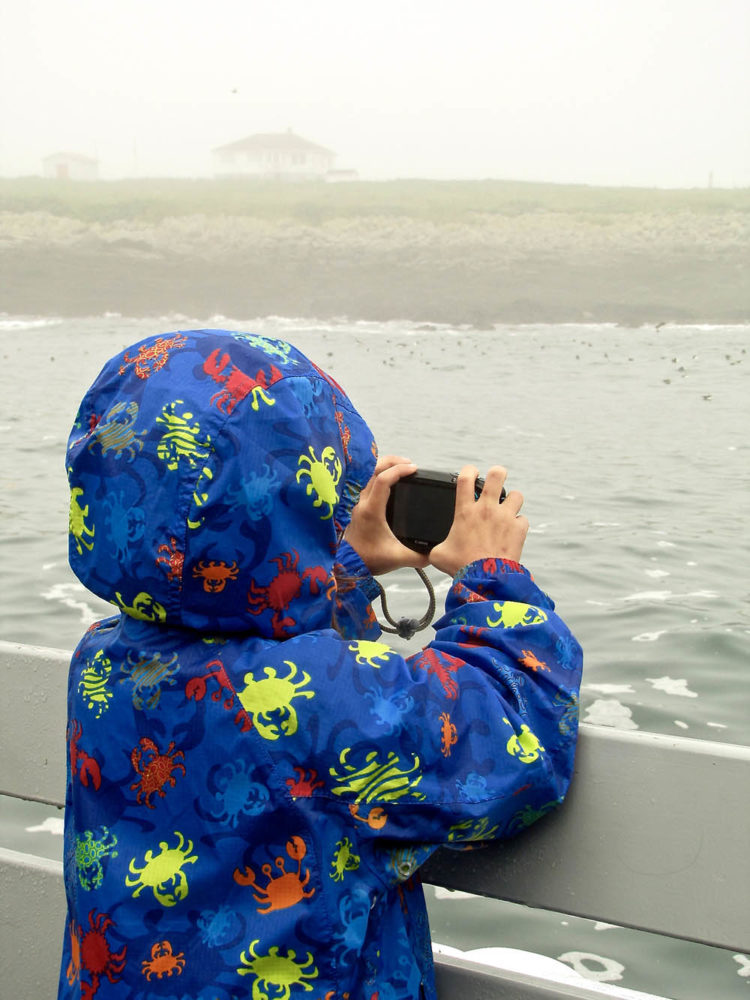 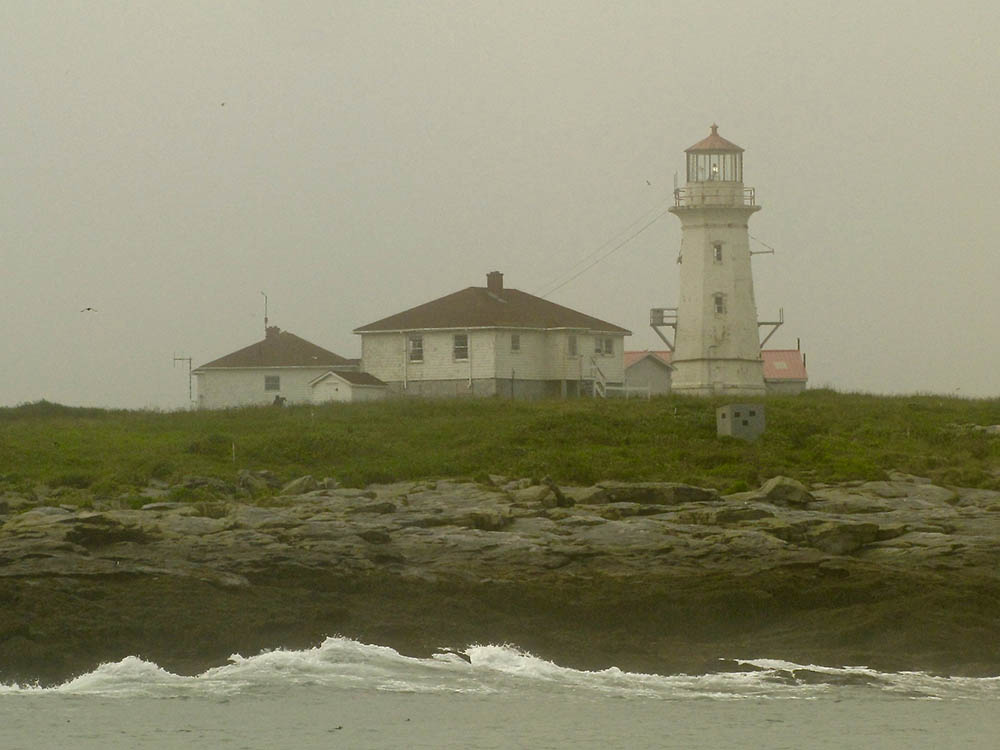 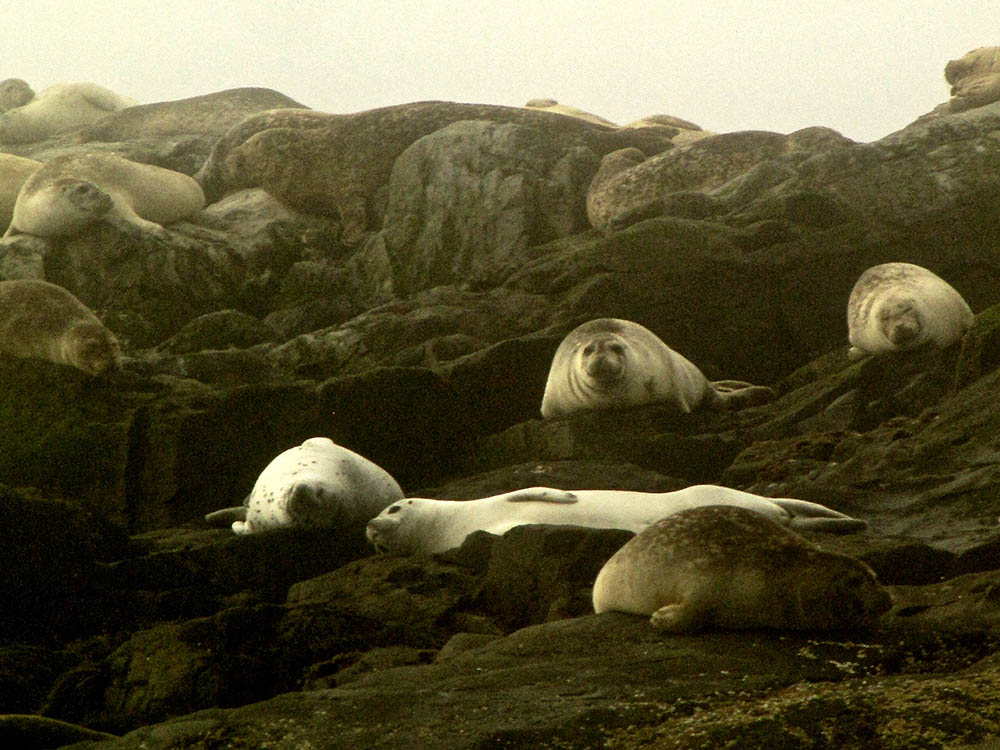 This article on Machias Seal Island was published in Islands magazine. It won a prestigious Lowell Thomas Gold Award for Best Short Travel Article in 2016.

I’m a traitor, I realize ruefully, as the Day’s Catch muscles through choppy waters. And caught up in international intrigue. What to do?

Fifteen of us are heading to Machias Seal Island to go Atlantic puffin-peeping. Thousands of the stocky black-and-white birds with the colorful beaks breed here every summer. To protect the puffins, once near extinction, only 30 people may set foot on the island daily during their breeding season — 15 from the U.S., 15 from Canada.

Why the international divide? “Both countries claim the island,” says Peter Wilcox, captain of the Canadian-flagged Day’s Catch. Yanks say it was ceded to them under the Revolutionary War-ending Treaty of Paris, which gifted colonists all islands within 70 miles of the American shore (Machias sits 10 miles from Maine). Yet the treaty also excluded any island once part of Nova Scotia. Canadians posit a 17th-century British land grant shows Machias Seal Island as part of Nova Scotia. A polite kerfuffle over the island is at 200 years and counting.

Had I known, I would’ve joined the American-led excursion. To be patriotic. Canadian Jim Wilson soothes my ruffled feathers, saying arguments over the island are in jest. “It’s not serious,” he says, then adds, “Well, it is and it isn’t.”

While joshing with us over the years, the Canadians quietly assumed operation of Machias’ lighthouse, once a job shared by both countries. (A keeper still resides on the island today, though the automated light makes his job superfluous.) And they designated the island a Canadian Bird Sanctuary overseen by the Canadian Wildlife Service. Who knew our genial northern neighbors were so sneaky? With typical American braggadocio, the U.S. maintains since we own the island, we don’t need to do anything to prove it.

Why spar over a 1-mile by 300-yard chunk of rock? It’s not about the puffins, cute as they may be. It’s about the bounty of the sea. Fishermen from both countries want to continue setting traps in the lobster-rich waters surrounding the island, dubbed the Gray Zone (Grey Zone to the Canucks). If one country becomes island-owner, the other side’s fishermen have to pack up their traps and go home.

I ask Wilcox who owns Machias. A smile flits across his face. “Whose flag is flying on the island?” he replies, just as the boat edges into sight. Now I smile; an opaque fog obscures the flagpole.

Wilson tells me Mainer Barna Norton landed on Machias Seal Island annually for decades, as captain of the American puffin boat and as a U.S. citizen. Festooned in patriotic garb, clutching an American flag, he’d solemnly proclaim Machias American territory. But he died in 2004, and no one filled his sea boots. I reach into my bag, hoping to somehow find a tiny Old Glory tucked inside, but come up empty-handed.

Will We Get to Peep at Puffins?

Puffins are now zipping past us, heading for shore or dropping into the sea to frolic with the arctic terns and razorbill auks. Normally we’d land, march into the wooden blinds scattered about and enjoy birds-eye views of the puffins. But the water’s too rough. Our fate: circling the island, watching from afar.

On our bell lap the American boat arrives, a landing skiff lashed to its side. We pass each other warily, like sharks circling their prey. Will the Yanks disembark? Norton once unloaded passengers during stormy weather, despite contrary orders from the warden. The crusty seaman said he was an American on U.S. property, and didn’t have to take orders from a Canadian.

Wilcox hits the throttle and the Day’s Catch roars back toward Canada. I turn around and smartly salute.

The Dutch half of this Caribbean jewel features sprawling hotels and casinos, while the French side offers cozy boutique hotels and — mon Dieu! — topless beaches.

Part of the United Kingdom, people in Northern Ireland are apt to carry names like Sarah and James, while you’ll find Caoimhes and Oisins living in the independent Republic of Ireland.