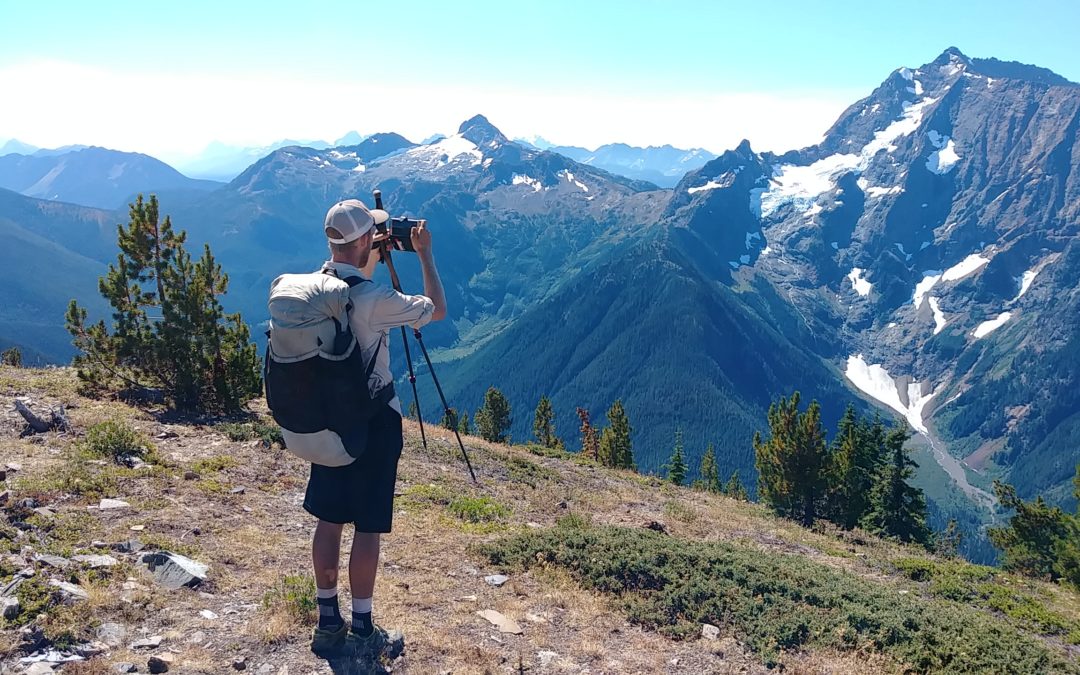 Today’s blog is courtesy of Paul Kautz, aka Hiking Dude, who thru-hiked the Pacific Northwest National Scenic Trail in 2017. Check out his information-laden hiking site, HikingDude.com, for lots of great trekking info. Thanks, Hiking Dude! 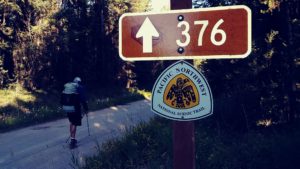 The Pacific Northwest Trail (PNT) is a newer National Scenic Trail, having received its designation in 2009. My son and I thru-hiked it east to west in the summer of 2017. Snowshoe asked me to share some tips about hiking it while she’s off on her grand Arizona Trail adventure.

At about 1,200 miles long, the PNT runs from the Continental Divide in Glacier National Park of Montana west to the Pacific Ocean on the Olympic Peninsula of Washington. For much of its length, it hugs the Canadian border and there are a couple spots where more adventurous hikers can skip over the line into Canada and back.

The Pacific Northwest Trail Association (PNTA.org) runs the show and puts out good resources, including maps, apps, guidebook, town guide and planning documents. Their office is in Sedro-Wooley, Wash., near the PNT.

Reaching Glacier National Park is easy by Amtrak. Reaching the official trailhead at Chief Mountain is a gamble of time and cost. We chose to start from Apgar Campground, take a free park shuttle up Going To The Sun highway and start our hike from there. This was just logistically much, much easier than starting on the east side of the park and gave us just as many miles.

On the west end, the trail terminus is at Cape Alava, which is the westernmost point in the lower 48 — a fitting place to end an east-west trail, I think. Unfortunately, there is little traffic way out on the Olympic Peninsula and getting back to civilization can be a challenge. We convinced a friend to pick us up, but I’ve heard there is a new shuttle service being started in the area in 2019.

The PNT offers lots of path styles — some bushwhacking, some trails, some old logging roads, some paved, busy roads. A full 300 miles are 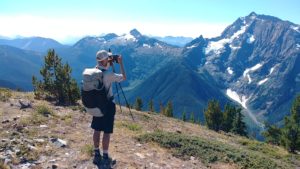 on motorized routes, which means gravel or paved roads that are in use. On our hike, every other hiker we met got a ride over at least some of those miles. We were the only thru-hikers that had a continuous path of footsteps.

The PNT is more similar to the CDT rather than the AT in its pathway. There are alternate routes, shortcuts and bypasses that hikers can take. It’s possible to trade in a high ridge hike for a lower, easier logging road. Or, opt for a more challenging route that is less used over the recommended route. For this reason, good maps and navigation skills are crucial. There are very few trail signs, but work is being done to get more in place.

Since the trail traverses state and national forests, national parks and private property, hikers need to know where they are and what camping is allowed. The parks require permits and fees, and camping only in reserved spots. Forests tend to have free dispersed camping following Leave No Trace practices. Private property has no camping unless the hiker contacts the owner directly.

We found camping to be no problem by using our maps and planning where we’d end each day.  On many nights, our camp was just right along the trail.  We paid for camping six or seven nights.

Be prepared to carry more than a week’s worth of food on the PNT. There are occasional towns near the trail, but many are small with few food options. Most thru-hikers send a food package to Ross Lake Resort to make it through the next five days in the North Cascades after going eight days through the Pasayten Wilderness just before the lake — 13 days of food is more than anyone wants to carry. Other than that, at 20 miles per day, we got by with four to six days of food.

It’s the Pacific Northwest! Water is plentiful along the vast majority of the trail, but there are some long, high ridge walks that are completely dry — on the order of 10 miles or so. Also, central Washington has some dry sections, but nothing of great distance. 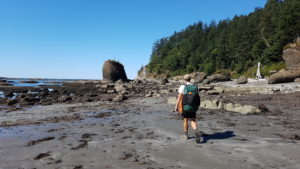 There are a couple shallow rivers to cross in Glacier and then a couple in the North Cascades hundreds of miles later. All other creeks and rivers had bridges, but there’s always the chance of them being washed out. Crossing the Chilliwack River in a hand-propelled cable car was a highlight of the trail!

July to September. Late snow in Glacier and Olympics limit the reasonable start times for thru-hikers. Every year, a few start early and they almost always complain about their trudge through snow for weeks. We started July 13 to ensure snows were gone and it worked out perfectly. We were very fortunate to have great weather nearly the entire trip.

If you are expecting food feasts similar to the AT, you’ll be disappointed. The PNT is still unknown by much of the local population and scruffy hikers look a lot like transients. Many folks in the northwest are private, self-sufficient and wary of strangers. You’ll soon find out that PNT stands for “Private – No Trespassing,” as you’ll see that sign often.

There are some wonderful trail angels that welcome thru-hikers and open their homes and yards. Just don’t expect it all along the trail. We stayed with trail angels in Eureka, Metaline Falls, Republic, Havillah, Whidbey Island and Discovery Bay.

The McRaes, Artie and Mike, in Republic, Wash., are world famous for their hosting of thru-hikers. Republic is a nice little town near the midpoint of the trail and taking a day to rest and explore it is a good idea.

The Happy House on Whidbey Island, Wash., is a special place. Rebecca and John host almost all thru-hikers that make it this far because they are just great people, and camping in the area is a bit tricky.

Fat Smitty’s in Discovery Bay, Wash., is a burger dive that you have to step inside to appreciate. The founder just died last year, but the current owner is keeping it original.

The Wilderness Coast on the Olympic Peninsula is a wonderful grand finale for this hike. It is a great reward for the many days of effort to reach the ocean, and the days on the shore are exotic and thrilling with tides, sea animals and salt spray.

More details about our PNT hike are here at HikingDude.com. 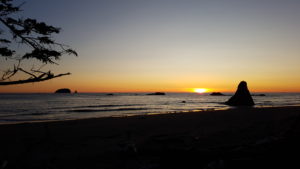