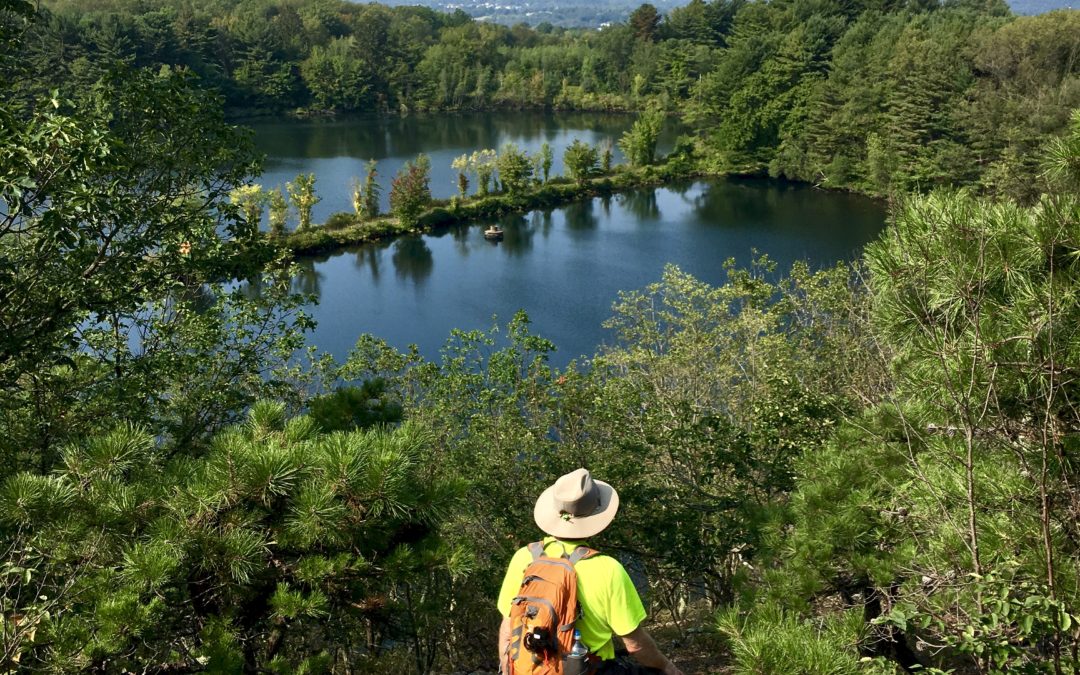 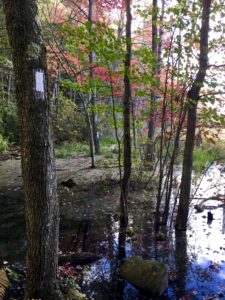 The New England Trail, or NET, is one of our 11 National Scenic Trails, and the shortest by far. But that doesn’t mean it’s easy! I thru-hiked it in September 2017 with my husband, Ed. Here is some basic information, plus hard-earned tips, to get you started planning your own NET adventure.

The NET is 215 miles long and stretches from Long Island Sound in southern Connecticut to the Massachusetts-New Hampshire border. The trail is mostly completed, with only a few short road walks. It owes its quick completion to the fact that it piggybacks on three trail systems: the Mattabesett, Metacomet and Monadnock. These are also known as the M-M-M trail systems.

The path was designated a National Scenic Trail on March 30, 2009. A hike on the NET will take you through and past classic New England terrain, including mountain ridges offering sweeping vistas, forests and waterfalls. It can be difficult because the path is rocky and goes up and down many mountains.

One quirk about the trail is that it features a branch off of the main north-south pathway. This branch comes in southern Connecticut, at Broomstick Ledges. The branch veers northeast 26.9 miles to the Connecticut River near Middletown.

It’s easy to get on and off the NET. The southern terminus is in Guilford’s Chittenden Park on Long Island Sound, just a few miles south of I-95. We flew into Hartford, rented a car and drove to Guilford. The trip took one hour. The southern terminus also has easy access to the Shoreline East train station. (P.S. Make sure to sign the trail register in Chittenden Park.)

The trail’s northern terminus is a little more remote. It’s .7 miles off of Hwy. 32, in the middle of the woods surrounding Royalston Falls. Some airport possibilities include Springfield, Massachusetts (90 minutes away), Worcester, Massachusetts (75 minutes) or Manchester, New Hampshire (1:40). There is no trail register at the northern terminus.

If you’re section-hiking, no worries. More than 100 public roads intersect with the NET. Many of these crossings also feature trailheads with parking space. It’s also relatively easy to access ride-share companies like Uber and Lyft. 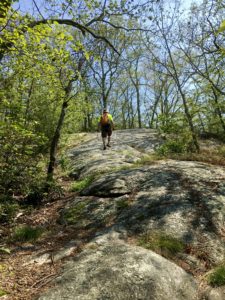 The NET is interesting in that it is blazed in two colors. Connecticut blazes are blue, while Massachusetts blazes are white.

The trail is well marked, so no real worries about getting lost here. Well, most of the time! Every trail has some glitchy areas. One is around Lake Wyola State Park near Shutesbury, Massachusetts. This park’s trails feature white blazes just like the NET. When we reached the park, we began hiking in circles because we followed the wrong white blazes! See keep your eyes peeled here.

Much like the Ice Age Trail, the NET doesn’t offer a lot of camping options. As of early 2019, there were three overnight sites in Connecticut and five in Massachusetts, the most famous of the latter being the Richardson-Zlogar Cabin near the Northfield State Forest. Some sites are first-come, first-served, while others (like the Richardson-Zlogar Cabin) require reservations.

A lot of the trail runs across private property­ – in Connecticut, just 30 miles of the NET are on public state or municipal land – so please don’t stealth-camp when you hike the NET. Always remember: If you abuse it, you could lose it. It’s plenty easy to reach motels at the end of the day; we didn’t have to drive more than 20 or 30 minutes to find lodging most days.

No problem resupplying on the NET. With those 100 road crossings and the short length of the trail, it’s easy to access supplies. That being said, you’re not necessarily passing a lot of shops as you hike. And there isn’t a robust list of trail angels (if any) to shuttle you to stores. However, since you’ll likely be heading to a motel most nights, you’ll be able to find stores, too.

The trail passes a fair amount of rivers, streams and lakes, so water is generally plentiful. It’s always safest to filter all water. 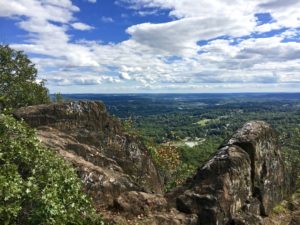 There is one main water crossing on the trail, the Westfield River in southern Massachusetts. When we crossed it in September 2017, the water was knee-deep and not flowing too strongly. Obviously, the depth and flow of a river can change at any time, so always cross carefully. (I’ll discuss safe water crossings in an upcoming blog post.)

The NET features a major dry water crossing, too. The trail is bisected by the Connecticut River near Mt. Holyoke. You cannot wade across this river (it’s far too big) and no water crossing is provided. So you’ll either have to hitch across or use a car.

You can hike the NET year-round. But the best time is probably autumn (September to mid-November). The temperatures are moderate then and the fall foliage can be stunning. Spring is another good time to hike. Temperatures are generally moderate and the spring wildflowers are beautiful. But be aware water and ticks can be an issue. Ticks are actually a problem year-round. Lyme Disease got its name from Lyme, Connecticut, after all!

As with the IAT, you can hike the NET in summer and winter with the same precautions. Summer can be hot, humid and buggy. And winter can be snowy, icy and cold.

I’m not aware of a trail angel network for the NET. But do join the trail’s hiker-run Facebook page. If you need assistance, you can always post here. 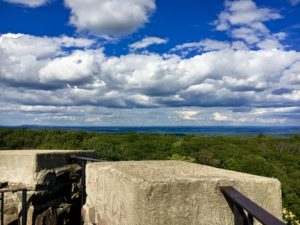 The NET website doesn’t sell anything. So no patches, caps or t-shirts to commemorate your adventure. You can buy nice quality maps through the Connecticut Forest & Park Association. Hopefully there will be an app for the trail one day, too.

The NET is jointly managed by the Connecticut Forest & Park Association (Connecticut) and the Appalachian Mountain Club (Massachusetts). The trail contacts at both are responsive and helpful. There is currently no completion register or awards for hiking the entire NET.

There are a few places along the trail that you shouldn’t miss.