The Art of Drinking Bitters on Washington Island 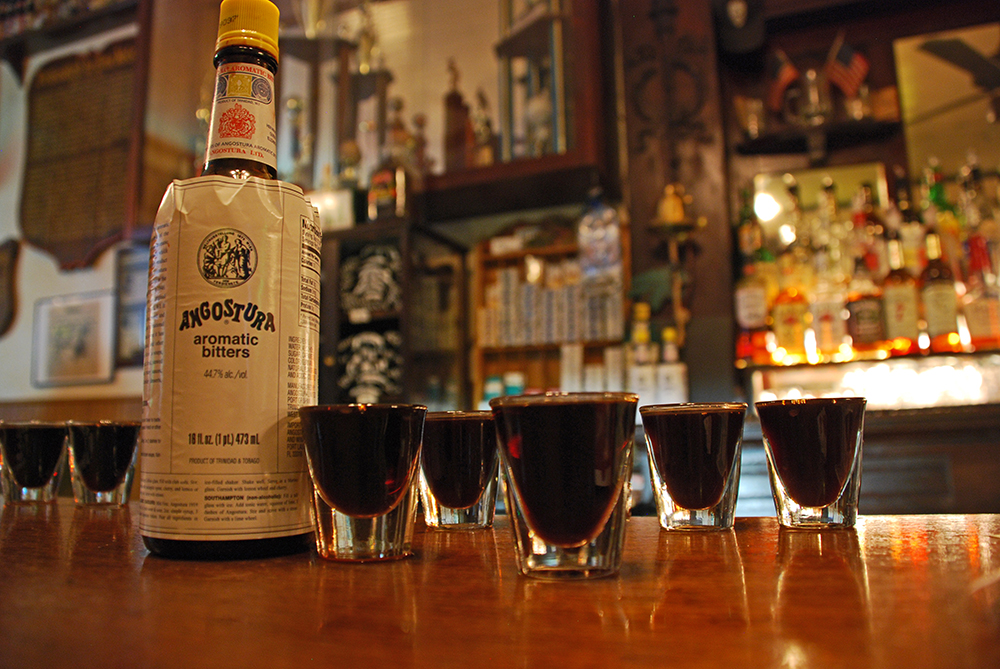 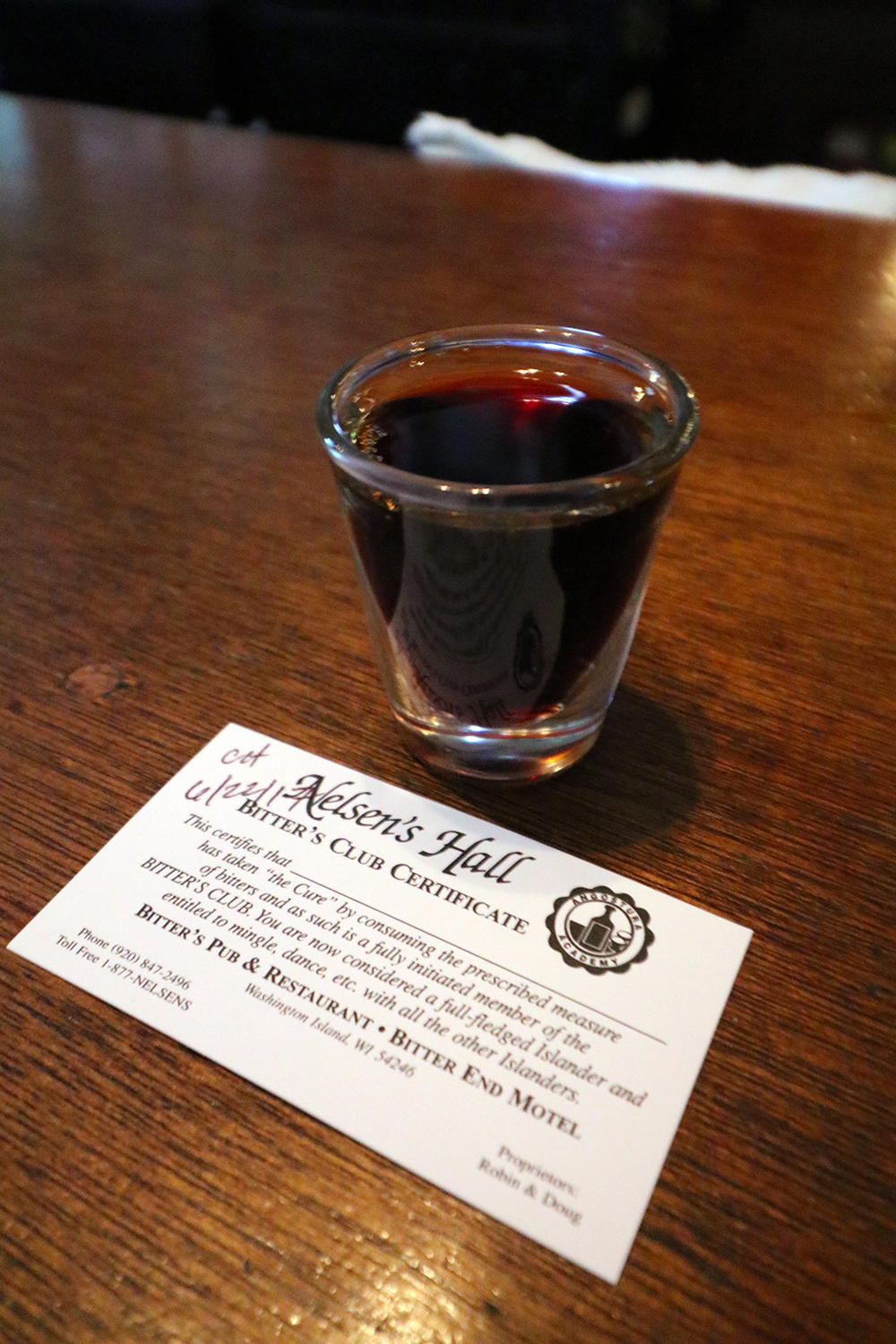 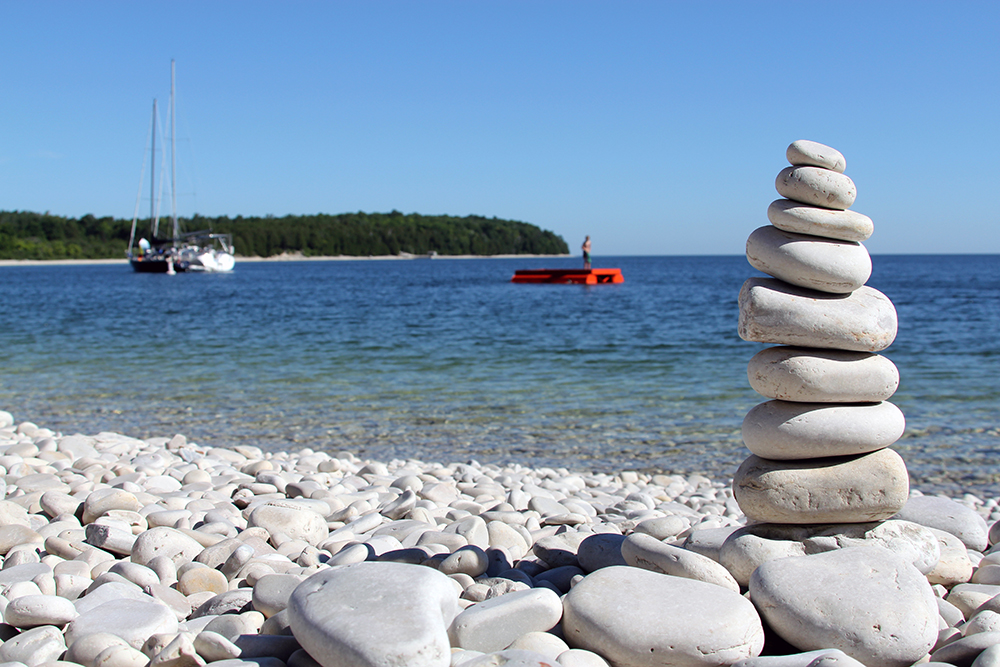 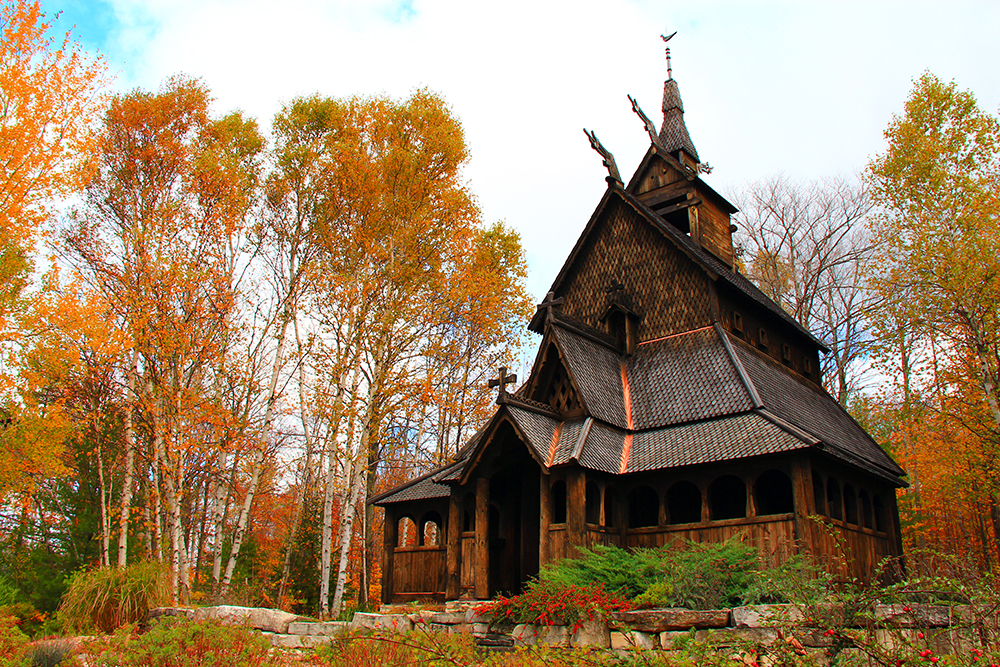 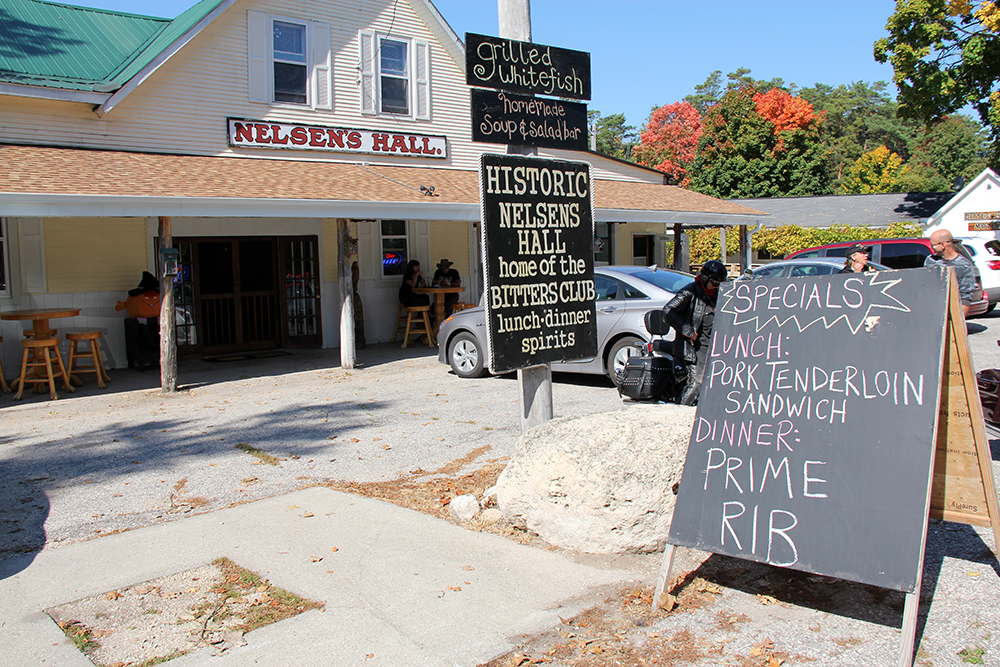 An acrid smell wafts up from the glass in front of me. I’ve ordered a shot of Angostura bitters, the drink at Nelsen’s Hall Bitters Pub. Now, I have to drink it. All eyes are on me as I toss the stuff down and gulp the beer chaser. I grin, and the table erupts in applause.

“Congratulations!” exclaims the waitress, who dunks my thumb in more bitters and rolls it onto a card that proclaims me a member of the Nelsen’s Hall Bitters Club. “You’re now a true islander.”

Nelsen’s Hall, established in 1899, sits on Washington Island, a compact dot placed just above Wisconsin’s popular Door County peninsula. The tiny tavern serves more bitters than any other spot in the world and has a trophy from the Angostura company of Trinidad to prove it.

Yet most of the two million visitors who yearly flock to Door County – which includes Washington Island – don’t know about the Bitters Club. They prefer to stay on the mainland, with its boutiques, inns and galleries.

Washington Island, you see, is something of a secret kept by travelers who love history and nature, and dislike crowds. Those brave enough to ferry across Death’s Door – the name of the treacherous channel between the island and the peninsula – never regret it.

Washington Island was settled in the mid-1800s by immigrants from Iceland, who felt at home in its rockbound landscape. They attracted like-minded Danes, Swedes and Norwegians, and the place developed into a fishing, farming and logging community. The island’s pride in its Scandinavian heritage shows, in the Scandinavian flags that ripple in the harbor, the wooden stave church, or stavkirke, painstakingly built by islanders and in the Icelandic horses kept at Field Wood Farm.

These small horses have a reputation for strength and even tempers. When I stop by the farm, owner Laurie Veness explains that these horses have five, not the usual four, gaits. My local guide, Ed Livingston, later tells me Veness is sister-in-law to the chief carpenter of the stavkirke project. Not a surprise, he says, in such a close-knit community.

“If you look back on your family tree here,” Livingston says with a laugh, “pretty soon you find out you are your own grandfather.”

Livingston steers me to another source of local pride, Schoolhouse Beach, which sports layers of limestone rocks that have been tumbled to a satiny sheen. I am tempted to pocket one, but don’t; the beach used to be piled high with stones, but sticky fingers have helped deplete it.

Not even the most determined could pry loose Rock Island, a mile offshore. Rock Island is Wisconsin’s most isolated state park and home to the ghostly legacy of Iceland emigrant Chester H. Thordarson. I hop on a ferry for the I5-minute crossing.

Thordarson, a millionaire inventor and owner of a Chicago company, bought much of the island in the early 1900s as a retreat. I check out the buildings that remain of his estate; 10 are on the National Register of Historic Places, including Viking Hall boathouse, whose cavernous upper room is furnished with large carved-oak pieces. One structure predates Thordarson’s presence here: Pottawatomie Light, Wisconsin’s oldest. I clamber up to the lantern room and find a phenomenal view of Lake Michigan.

Before heading home the next day, I head back to Nelsen’s Hall for a final shot of bitters. The pub was founded by Tom Nelsen, a Dane said to have downed a pint of bitters a day. A second shot should do it for me.

My top recommendation for exploring Washington Island: A good pair of walking/hiking shoes. I love my Hoka Hoka One’s, which come in two levels of cushiness. There is also a trail version.