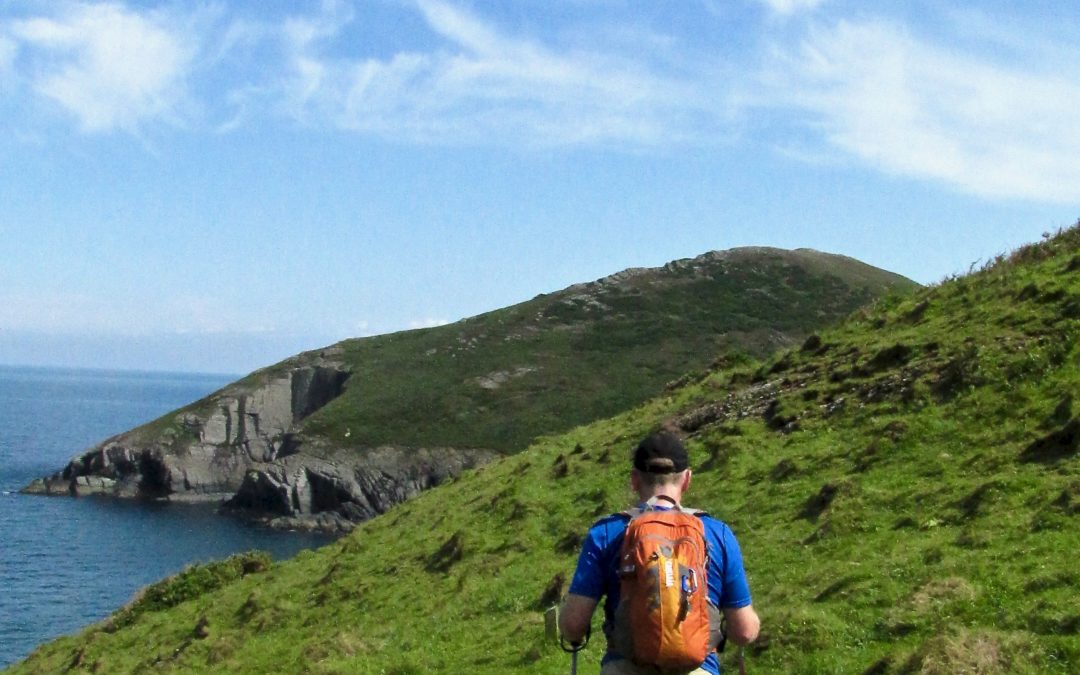 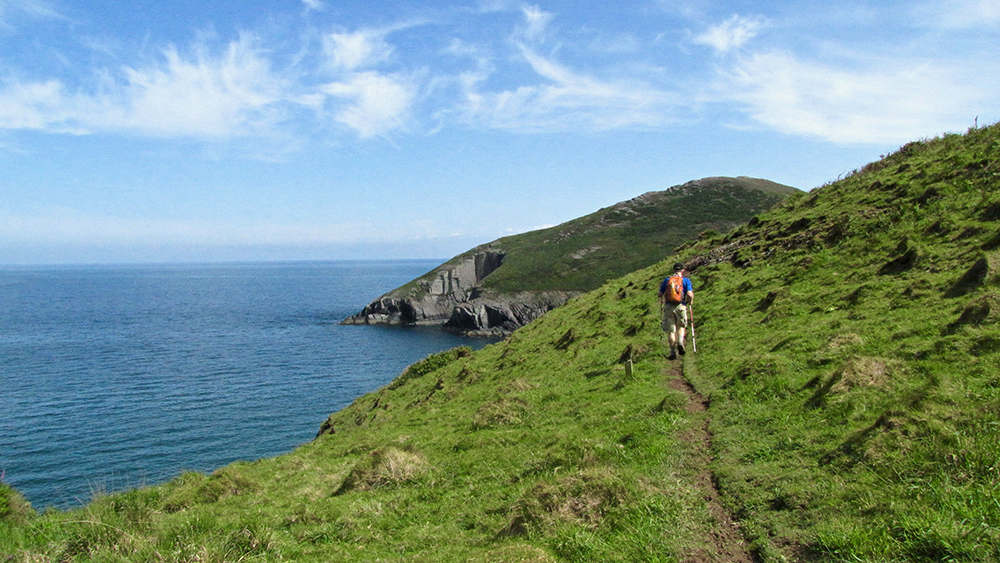 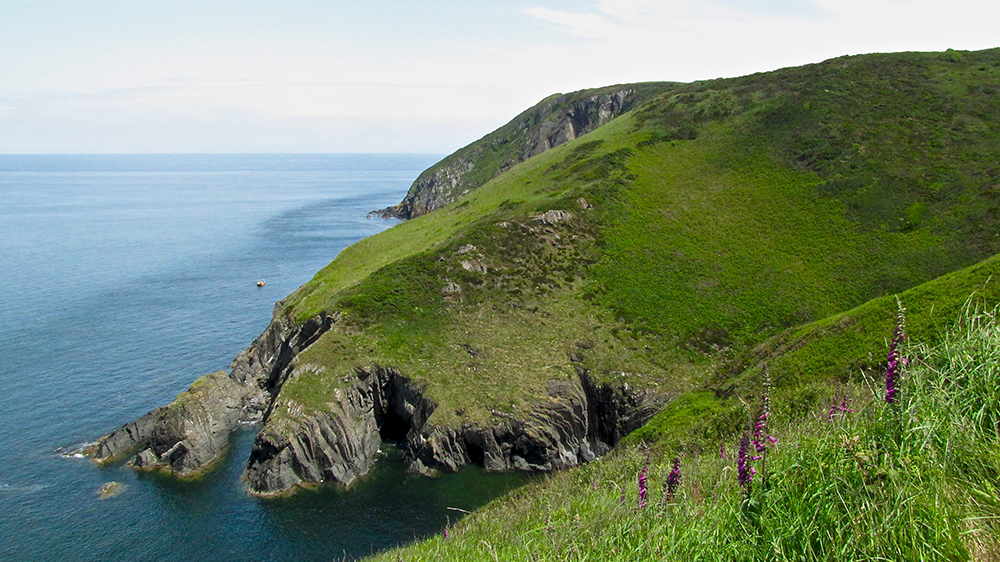 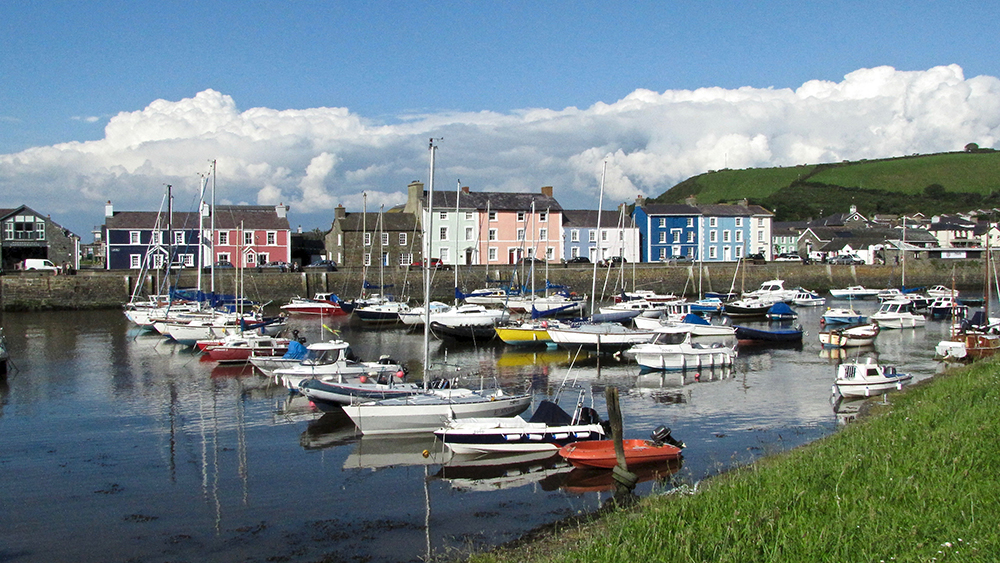 Many hikers have not yet heard of the Wales Coast Path. So I’m here to help spread the news.

The Wales Coast Path, opened in 2012, runs 870 miles around the country’s coastline. In fact, it’s the first country in the world with an official footpath tracing its entire coastline.

For the geographically challenged, Wales juts out from the southwestern side of the island of Great Britain, which is also home to England and Scotland. In addition, Wales is surrounded by the Celtic and Irish seas on three sides, while its fourth forms a border with England.

Now, the Wales Coast Path roughly forms a C. But luckily for hikers, that gap between the top and bottom of the C is filled by the 177-mile Offa’s Dyke Path, which unspools along Wales’ border with England. So this means you can hike the country’s entire 1,030-mile perimeter. That’s a bucket list adventure for sure!

Continuing on, this unique route around most of Wales is divided into eight geographical areas, all breathtaking. And all diverse. There’s the North Wales Coast, Isle of Anglesey (where Prince William and Princess Kate first lived after their wedding), Llŷn Peninsula, Snowdonia and Ceredigion Coast, Pembrokeshire, Carmarthenshire Bay and Gower, and South Wales Coast and Severn Estuary.

Some of these segments run along rocky clifftops, such as the Ceridigion section I hiked. Others unroll along slate beaches, across heather-filled uplands and through small fishing villages.

During my 2012 trek, the path was so new there weren’t many services. Today, that’s all changed. For one thing, there’s an app to help in your planning and navigation. There are also guidebooks and numerous small businesses offering luggage shuttling and accommodation-finding. This means all you need to do is figure out where you’d like to hike.

If you’re able to spend a little more time in Wales before or after your hike, do so. Then you’ll be able to check out some of its other attractions. For example, you can follow the Dylan Thomas Trail, which passes some of the famous poet’s favorite haunts. Or trace your Welsh ancestry. Perhaps you’d prefer to stop in at some interesting Catholic sites or even spend time in the world’s first Book Town, Hay-on-Wye (whose name always makes me think of “ham on rye”).

No matter what, make sure to indulge in some rum raisin ice cream while you’re there, for it’s a Welsh favorite.