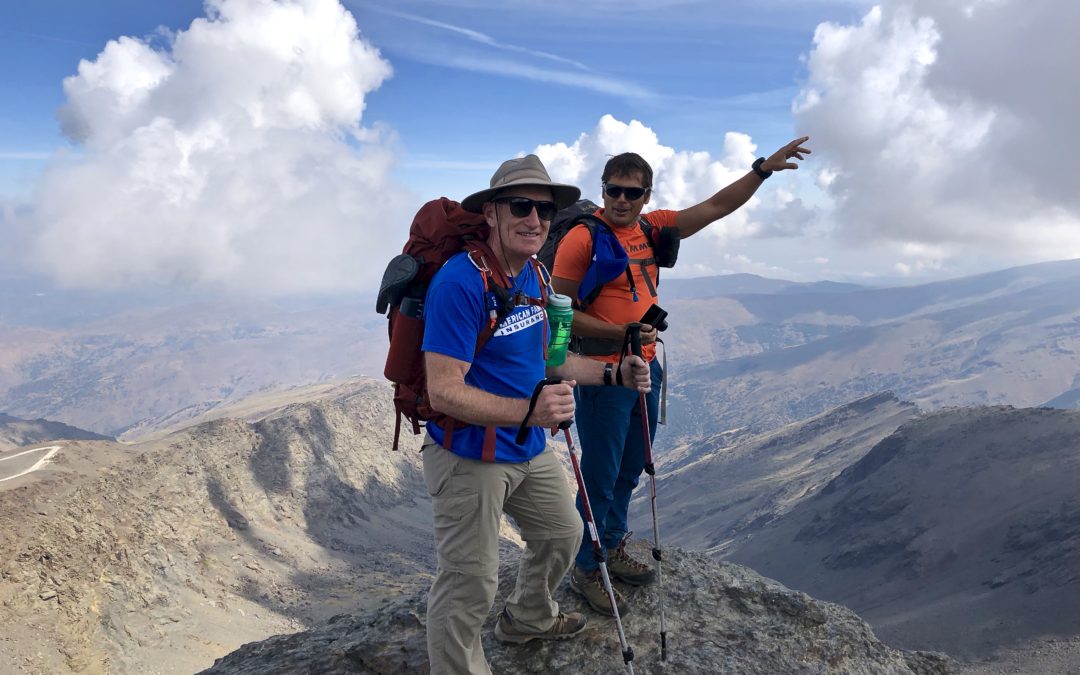 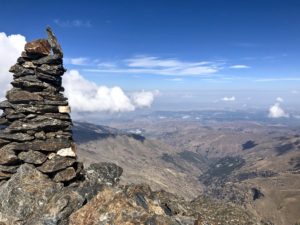 Spain is home to the Sierra Nevada mountains, the second-highest mountain range in Europe after the Alps. Surprised? You’re not alone. Most people in North America only know about the Sierra Nevada that lie in the U.S., running along California’s eastern edge from roughly its Central Valley to the Great Basin. A spur runs into Nevada.

On a recent trip to southern Spain, I was determined to fit in a hike. A quick Google search showed the impressive Sierra Nevada mountains were right near my destination of Granada. Perfect. My research also led me to a company named Spanish Highs, which offers guided expeditions here. One is the Tres Picos Challenge, where you climb the three highest peaks in the Sierra Nevada in three days.

Generally, I like to do things on my own. Why should I pay for a guided hike when I know I can figure out the details myself? I also speak a little Spanish, so I wasn’t concerned about a language barrier. However, I was short on planning time, so I opted for the guided hike. This turned out to be a great choice.

Kiersten, co-owner of Spanish Highs, picked us up in Lanjarón, a town outside of Granada, along with Leo, our guide. Normally, the Sierra Nevada have sunny, beautiful weather in September, when Ed and I headed out. But weather is unpredictable these days. The forecast for our three-day adventure called for storms every day.

First lesson learned: Guided hikes are especially worthwhile if the weather turns sour, because your guide will know exactly how the weather behaves in this spot. You, most likely, will not. Plus, in this case, the Spanish Highs staff was constantly in contact with Leo to give him up-to-date weather intel.

Leo was committed to getting us to the top of each of the three peaks, but only safely. If thunder and lightning became an issue, safety was paramount. We agreed. To help us reach 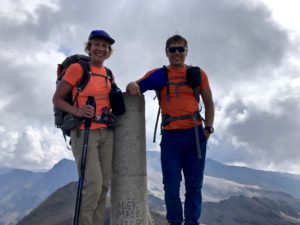 the summit of Mt. Veleta (11,135 ft or 3,394 m) on Day 1, we skipped the first two hours or so of hiking up from Hoya de la Mora. These first few miles aren’t that scenic anyway, and we wanted to hit the summit before the storms did.

Mission accomplished! We got to the top just as the good weather ended. We took the requisite photos, then scurried after Leo. It rained and hailed a little during the next few hours, but we made it to Refugio Poqueira (hostel) just fine. Along the way, Leo pointed out various native plants and animals, plus showed us a lookout post built during the Spanish Civil War (1936-1939).

Mt. Veleta, by the way, is the third-highest peak in mainland Spain.

The second day of the Tres Picos Challenge is ascending to the top of Mt. Mulhacén, the tallest mountain in the Iberian peninsula at 11,424 feet, or 3,482 meters. Again, the forecast called for storms much of the day, with a small window of sunshine in the morning.

Leo, Ed and I hit the trail by 7:30 a.m., along with others staying at the Refugio Poquiera. The hike was quite steep for the last 200 meters, but we did it! Unfortunately, a thick bank of clouds enveloped Mulhacén’s peak when we arrived. No views of Africa or the Mediterranean Sea for us. Oh well, that didn’t diminish our accomplishment one bit.

Once again, Leo gave us wonderful information about the flora and fauna of the area. On the hike back to the refugio, he led us to one of the bunkers used in the Spanish Civil War, now available for hikers to use. We went inside to check it out – too cool! 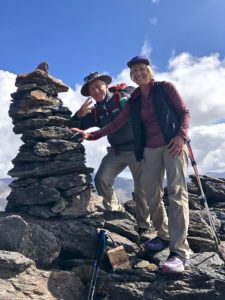 This was our most difficult challenge. Storms were predicted to roll in during the early afternoon, but the hike up to the top of Alcazaba – and then back down and over to our extraction point – was a long one. Could we do it safely?

Leo was getting frequent updates from the staff at Spanish Highs regarding the latest weather forecasts. By now, he knew our hiking pace and ability. He determined that, with another early start, we could bag Alcazaba’s peak and get back down to a safe zone before the weather turned.

We hit the trail early and enjoyed beautiful weather and exceptional scenery, including lots of ibexes, or Spanish mountain goats. The trail went steeply up and down several times before the final climb to Alcazaba. Leo estimated it hit a 30-35 percent incline in parts – yikes! So it was hard work, but well worth the effort.

Of the three peaks, Alcazaba is the least-visited, so it’s the wildest and most exciting, at least to us. Luckily, we finally had sunshine at the top of this peak. So we enjoyed incredible views before scurrying down, just as the sun became obscured by thick, dark clouds.

There were many miles of hiking to get done before reaching a parking area, where Kiersten would be waiting to take us back to Lanjarón. It poured for about an hour, which was unpleasant. But once the rain stopped, the wind and low humidity quickly dried our clothes.

Just as we reached Kiersten and hopped in the car, the heavens opened once again.

What’s the takeaway from this? First of all, head to Spain’s Sierra Nevada! You won’t regret it. But also consider taking a guided hike, if you haven’t already.

If we had opted to do this hike on our own, we could have done it, sure. But we probably would have gotten caught in much worse weather, since we wouldn’t have known what was coming and when. We would never have learned about the Spanish ibex or things like the Estrellas de las Nievas, or the Stars of the Snow, a pretty plant only found in the Sierra Nevada. We wouldn’t have recognized the Spanish Civil War lookout posts and bunkers.

Perhaps more important, we would have missed out on wonderful cultural exchanges. For when you hike with someone from another country and culture for several days, you can have many valuable and enjoyable conversations.

I’m sold on guided hikes, especially in foreign countries. But always make sure to do your research and pick a reputable company, such as Spanish Highs.

For more information, check out this guidebook on hiking the Sierra Nevada. This book gives a great history of the Spanish Civil War.