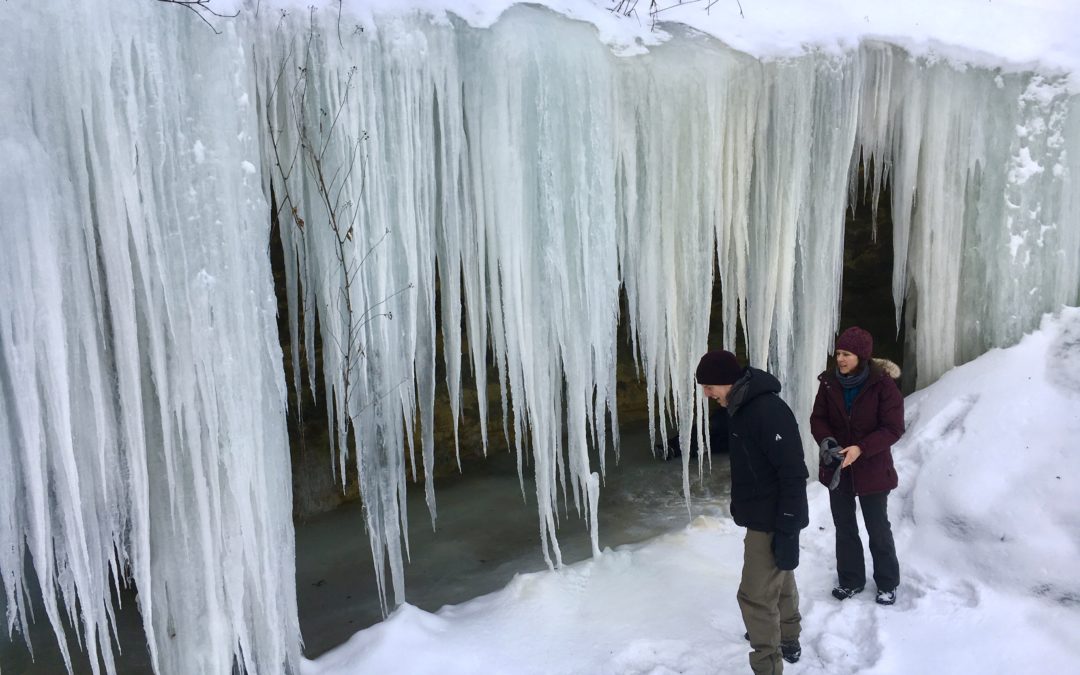 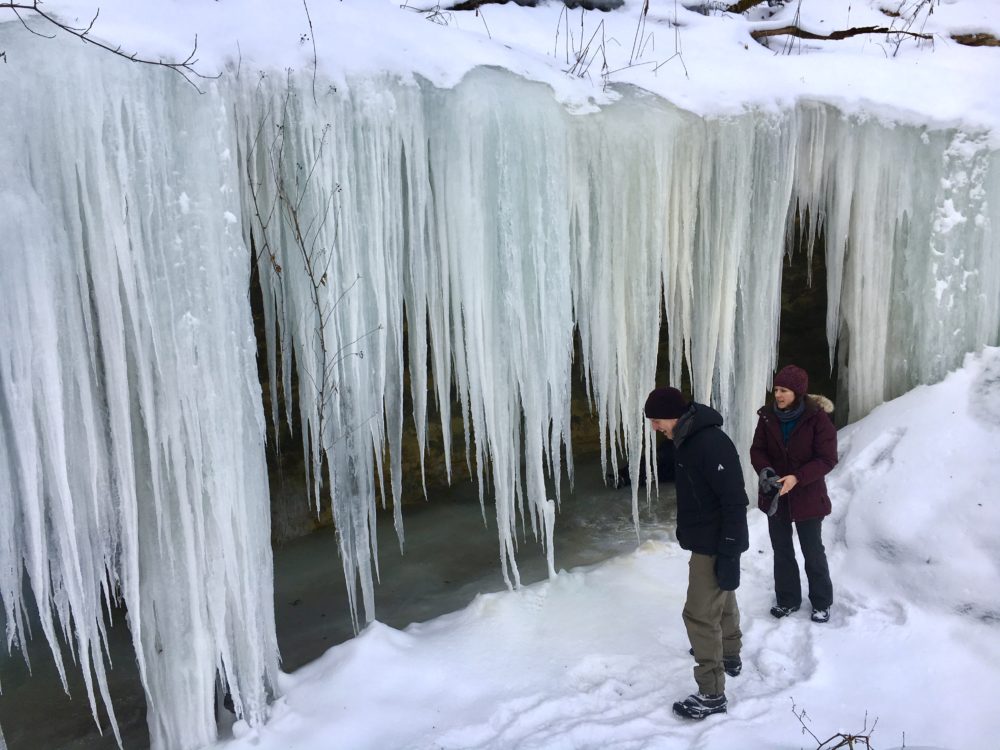 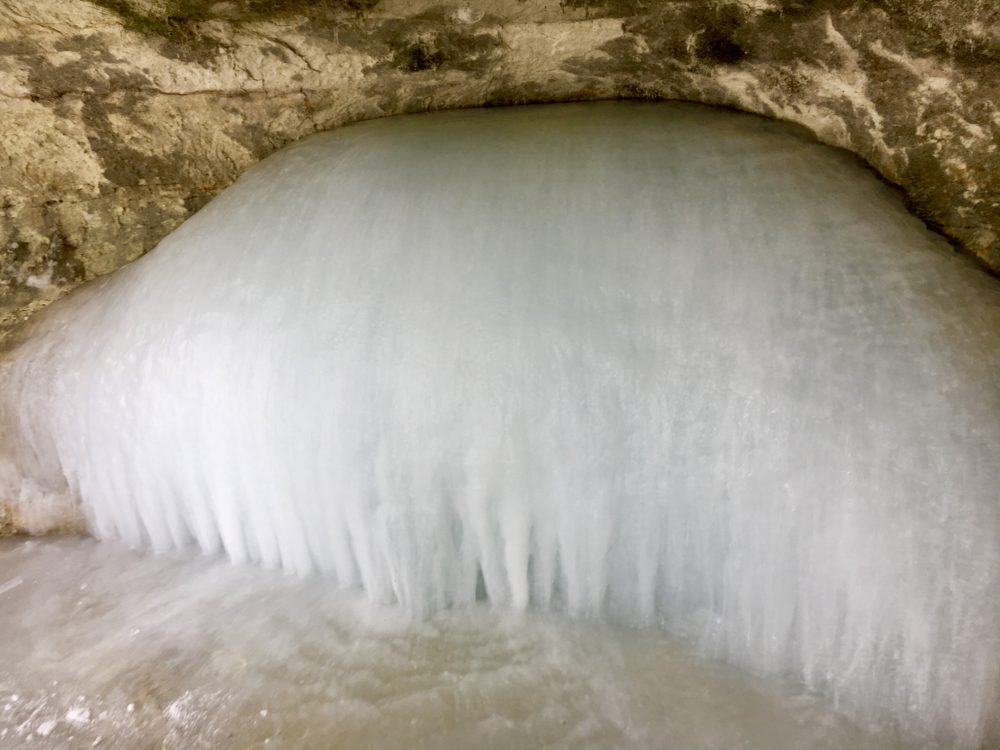 Ice caves abound every winter in Wisconsin’s 8,600-acre Kickapoo Valley Reserve. That’s because the reserve has an abundance of groundwater. And it’s scarred with steep stream valleys, sandstone and limestone cliffs, and overhangs. Together, that’s perfect for their formation.

I was glad to learn about this, because Wisconsin’s most famous ice caves are those in the Apostle Islands National Lakeshore. The Apostle Islands are in far northwestern Wisconsin, which is a five- to six-hour drive from here. Years ago, those ice caves formed every winter like clockwork. But more recently, with global warming, their formation is very iffy.

The Apostle Islands has a hotline you can call to see if the caves are open. Sometimes the answer is a definite “no,” but other times they’ll say the caves may, or may not, be open on a give day or upcoming weekend. The latter was the case back in the winter of 2008-2009. Our family wanted to see the ice caves, and had set aside a weekend to do so. And that weekend, the park personnel said there was a decent chance they’d be accessible. Yay! Unfortunately, they weren’t. So we ended up driving a long way for nothing. Well, that’s not quite true. There were still plenty of things to see and do in the area. But we were sorely disappointed.

Another winter, Ed and I were in Michigan’s Upper Peninsula and got the word that the ice caves had suddenly open. It seemed like we were so close to them, being so far up north. But it still took us three or four hours to reach them. Luckily, it was worth it.

All that being said, it was nice to learn we had ice caves within two hours of our home at the Kickapoo Valley. And also that these caves are much more likely to form regularly, due to various differences in weather patterns, geology, etc. So as you’ll read in this story, we got to experience them very easily. And while it’s true that the Kickapoo Valley ice caves were not quite as spectacular as those that form in the Apostle Islands, they were still pretty darn cool.

My top gear recommendation for exploring either the Kickapoo Valley or Apostle Islands ice caves: Yaktrax Diamond Grip Traction Cleats. They’re great at preventing falls. When we hiked to the Apostle Islands caves, we walked across frozen Lake Superior in our winter boots to access them. Big mistake. We slipped and slid. It was terrible. We then wore snowshoes to get to the ice caves at the Kickapoo Valley Reserve, but those were too big and clunky. Finally, we donned our Yaktrax and those were definitely the best.

As an Amazon Affiliate, I may earn a small commission from certain purchases. This does not affect your purchase price.