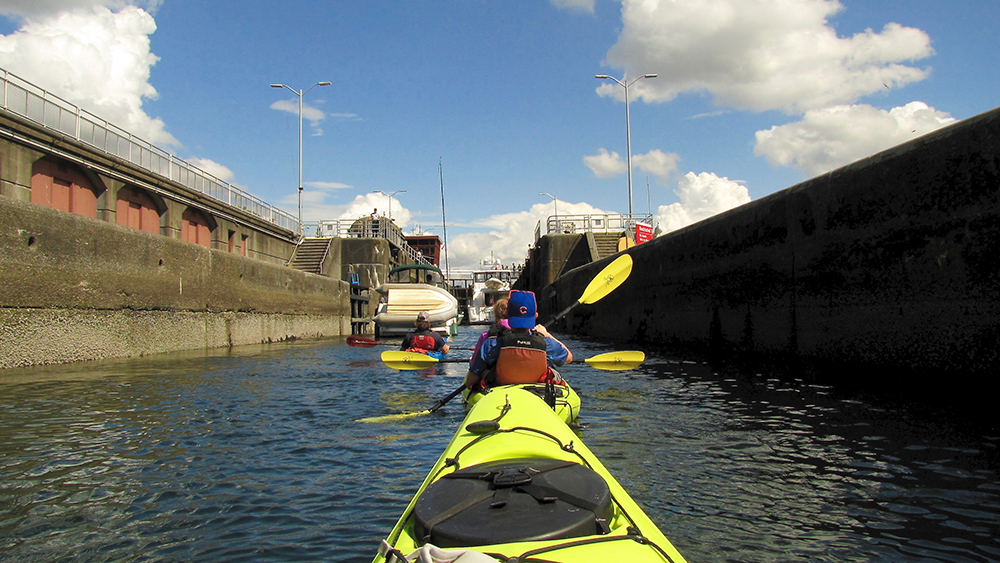 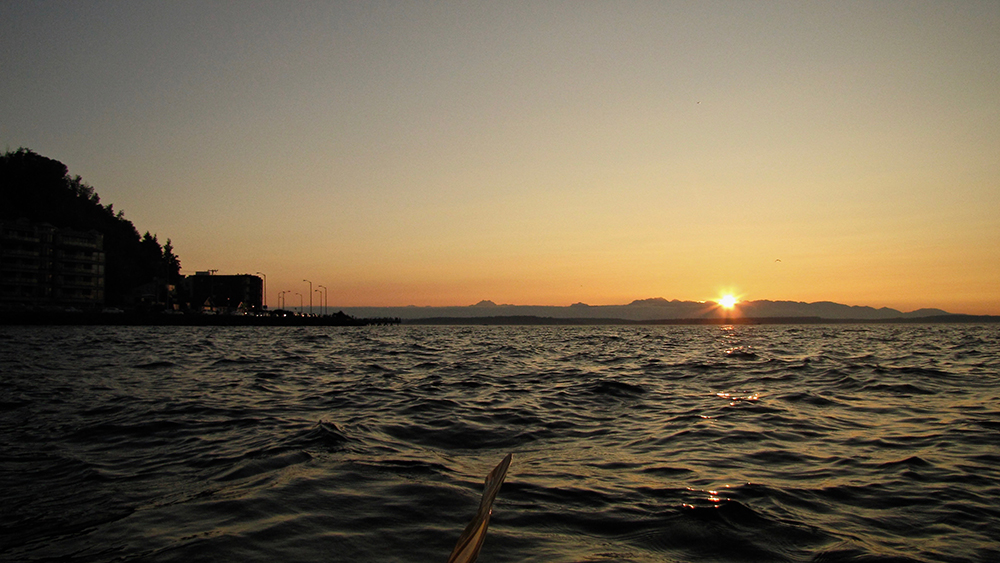 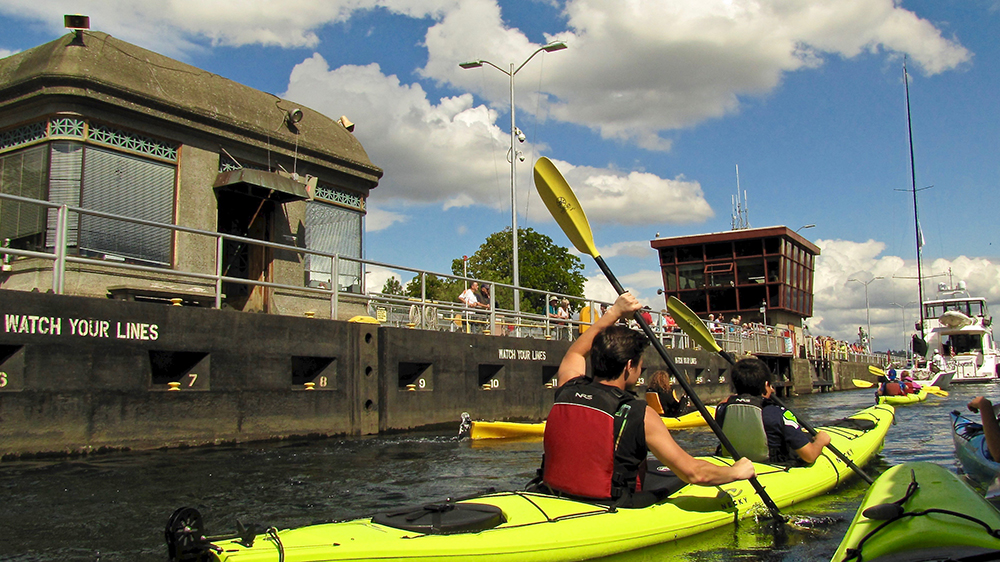 When our family decided to head to Washington, one of our plans was to explore Seattle by kayak. After all, Seattle sports 148 miles of freshwater shoreline and 53 miles of saltwater shore. So what better way to explore this major city than via the water?

Our family’s first venture was a kayak tour through the city’s famous Ballard Locks. One of Seattle’s most popular tourist attractions, the Ballard Locks help link freshwater Lakes Washington and Union with the briny waters of Puget Sound. During the tour, our guides entertained us with tales of Herschel the sea lion. (Read the article to find out about Herschel’s shenanigans.)

Our second excursion was a sunset kayak tour that launched from Seattle’s North Admiral neighborhood. When paddling from this locale, you get striking views of the city’s skyline, including the famous Space Needle. The views were as incredible as promised.

After Exploring Seattle by Kayak …

Of course, checking out the city from the water doesn’t mean you have to paddle a kayak. You have loads of other choices. For example, you can hop on one of the ferries chugging alone the shore. The most popular trips are those going over to Bremerton, a city on the Olympic Peninsula, and Bainbridge Island.

Or see the sights via a “Duck” – one of the amphibious landing craft used by the Army during World War II. You can sign up for a private catamaran tour that will afford you prime views of Mt. Rainier and the Cascade Mountains, and almost assuredly scenes of sea lions sitting atop channel markers.

Another option: a four-hour whale-watching cruise to the San Juan Islands, considered the best spot to see orca whales. If you’re visiting mid-April to October, you may even see some killer whales.

Obviously, you’ll also want to do some sightseeing in town. Seattle is home to the Space Needle, created for the 1962 Seattle World’s Fair, and Pike Place Market. This longstanding farmer’s market is famous for vendor Pike Place Fish Market, where employees toss the fish you select. There’s a cool-yet-gross “gum wall” nearby, too. Check it out and, if you’re not too squeamish, add a piece of your own.

And a parting insider tip: Head to Kerry Park at night. It’s just a tiny slice of green in the city’s Queen Anne Hill neighborhood. But it overlooks Elliott Bay and showcases the city’s most iconic skyline view. In fact, most of Seattle’s promotional materials feature shots of the city taken from this very spot.