Experience Dramatic Tidal Shifts at the Bay of Fundy 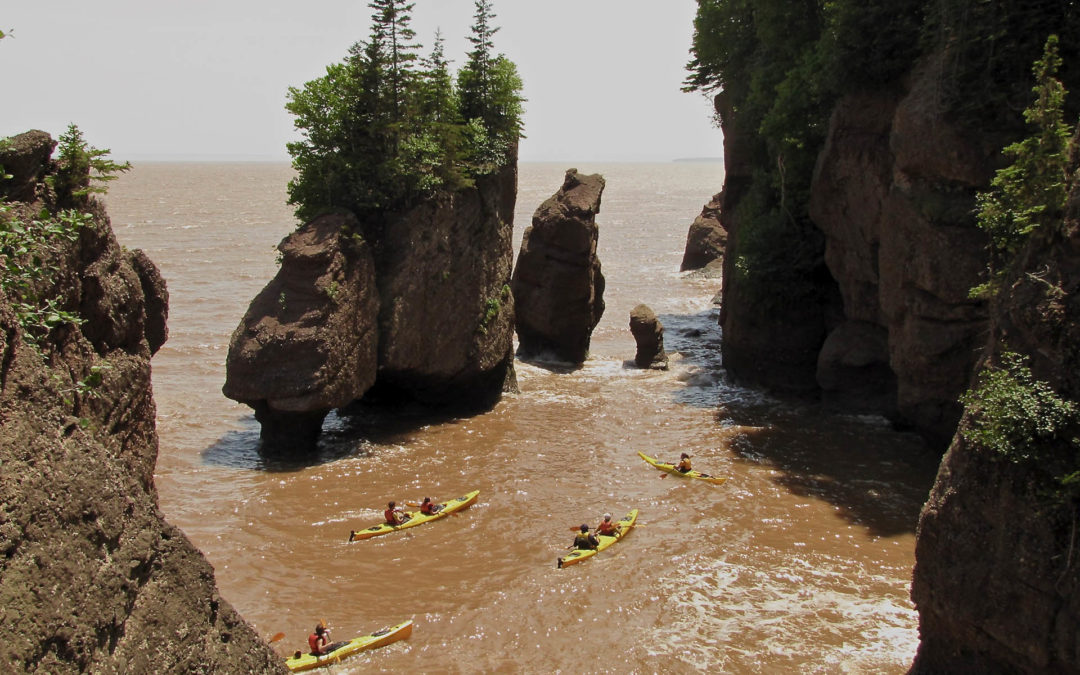 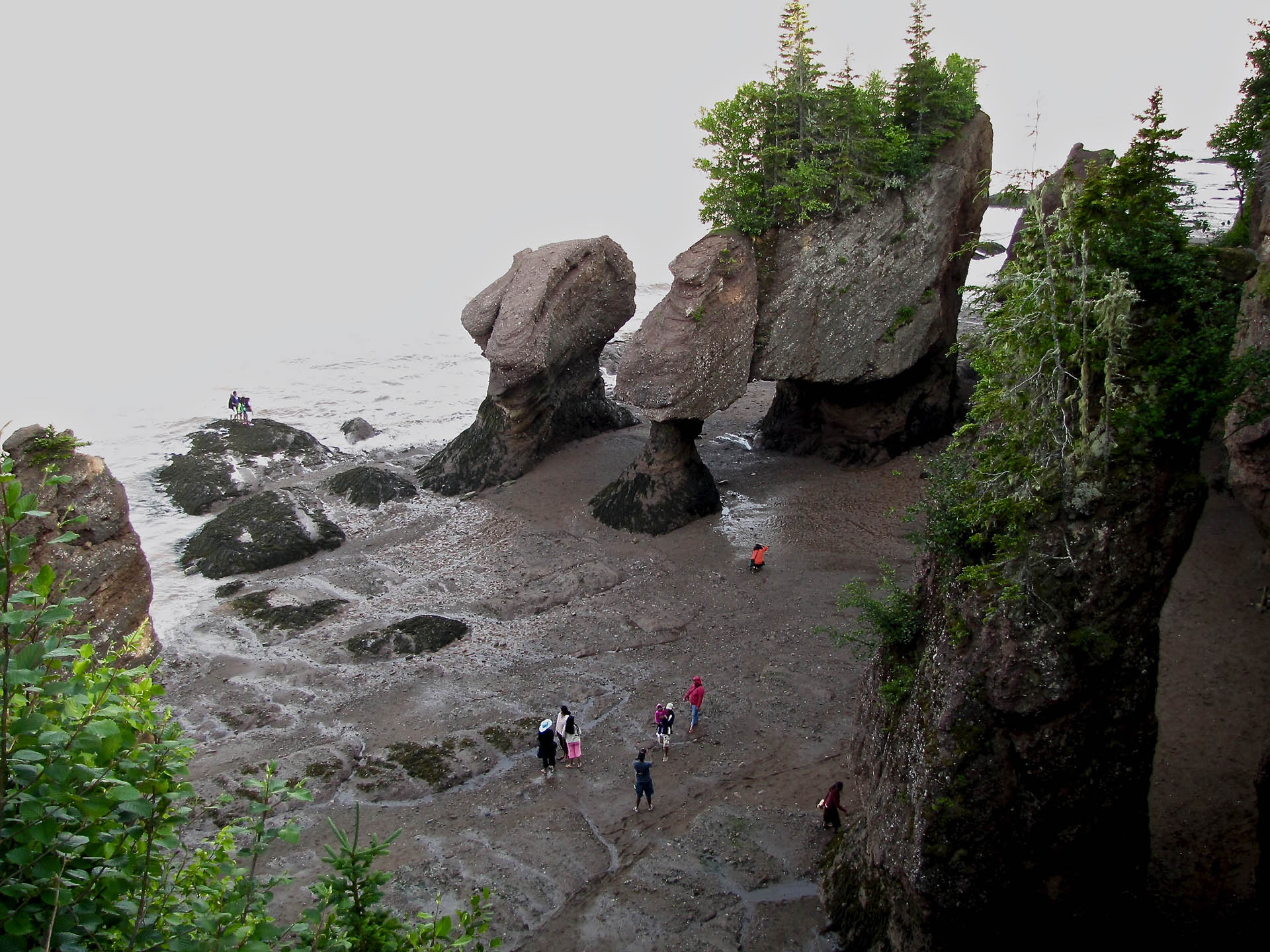 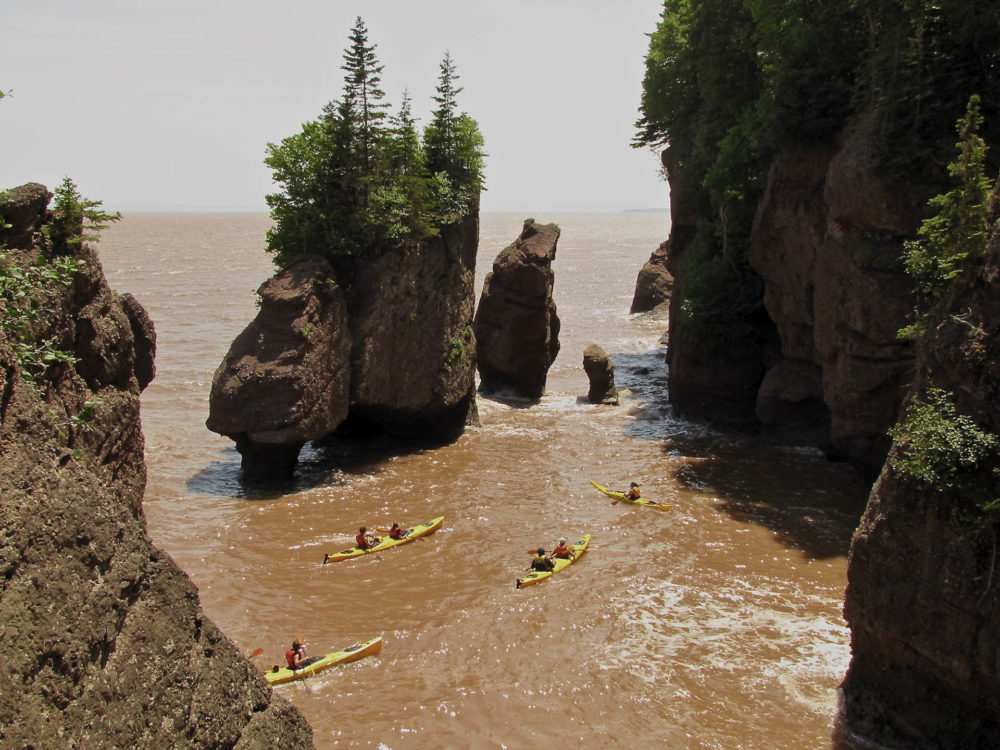 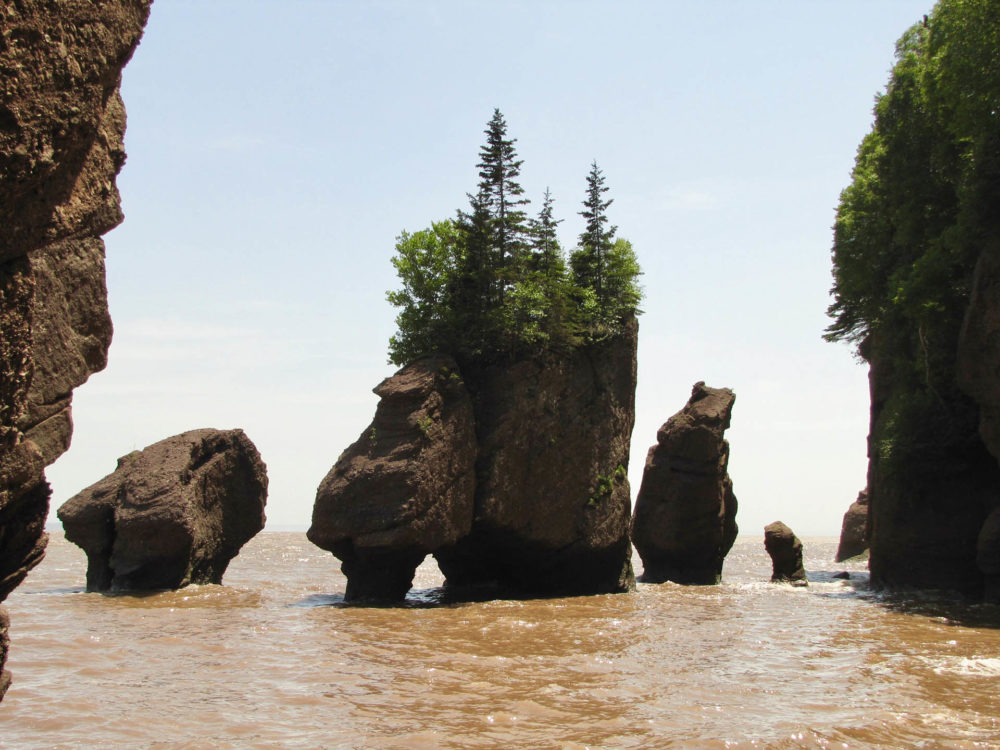 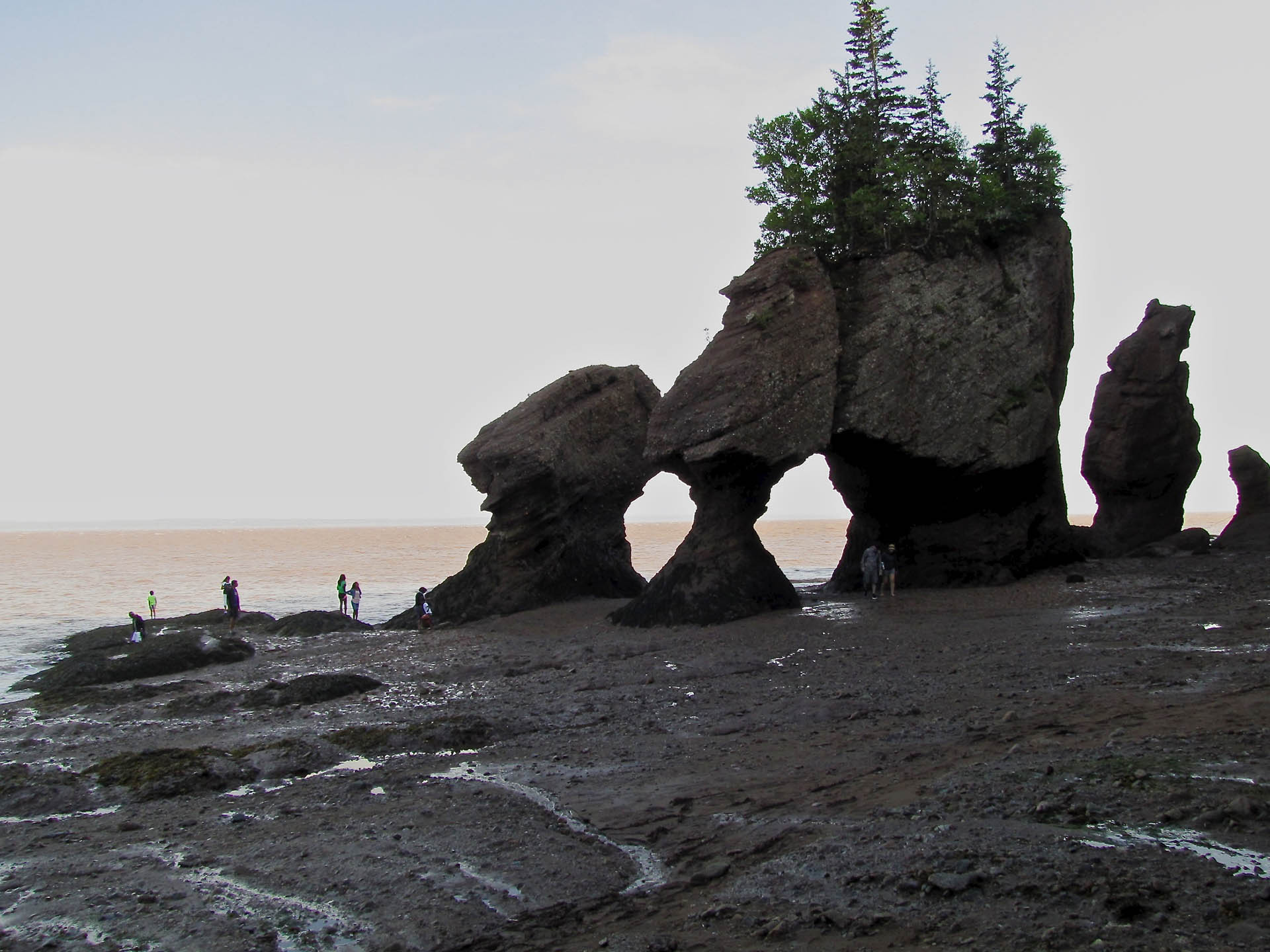 The Bay of Fundy, which lies between the Canadian provinces of Nova Scotia and New Brunswick, features the world’s highest tides. Twice daily, they change as much as 53 feet (16 m). That’s the height of a five-story building!

There are innumerable ways to experience these tidal changes. One of the most common is at New Brunswick’s Hopewell Rocks at the bay’s northern tip. This is where the change is most dramatic, as the bay is narrowest here. During high tide, you can kayak in the bay. A few hours later, during low tide, you can stroll along the ocean floor.

Over in Nova Scotia, you can sign up to dine on the ocean floor during low tide. The package includes a tour of the ocean floor before the three-course meal, which is followed by a campfire on the ocean floor. These packages tend to sell out quickly. You can also find private, full-day tours, group shore tours and more.

Bay of Fundy a Wonder

The Bay of Fundy’s tides are not only incredible, but exceptionally rare. For the average tidal change around the world is a mere three feet (.9 m). Because of this, a group of conservationists, naturalists and other experts named the Bay of Fundy one of the 7 Wonders of North America in 2014.

After a trip here, I have to agree that it’s quite spectacular. While my husband and I experienced the tides in several different portions of the bay, the most exciting was definitely at Hopewell Rocks. This is where the tidal change is so enormous, and so noticeable.

The tide changes every six hours or so, which means there are two high tides and two low tides daily. Thus, it’s easy to experience a high and low tide in one day.

Learn more about the Bay of Fundy in this Lonely Planet guidebook.