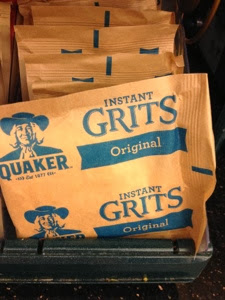 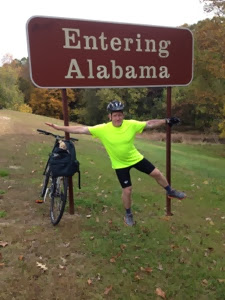 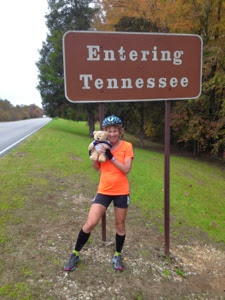 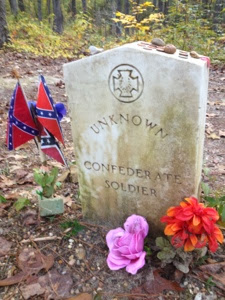 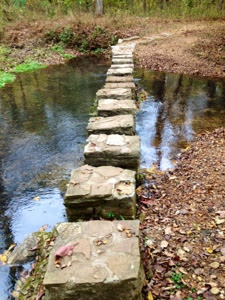 Today Ed and I set another record: we biked 90 miles (145 km) to Collinwood, Tenn., farther than either of us has ever biked before. YIt wasn’t as difficult as we’d thought. Maybe it’s because we’re becoming conditioned.

Anyway, as I wrote yesterday, we had taxis drop us off on the Trace, since the only routes there were along busy roads. It was a wise idea, as it was safe, stress-free and saved us a few miles’ biking.

Although the day began a bit cloudy, the sun came out and the temp soared to the low 80s. As we’d been warned, the “real” hills began north of Tupelo. Today, it seemed like we biked uphill about 90 percent of the time. But we did enjoy one two-mile (3.2 km) downhill. Also as we’d been told, the fall colors were great. Actually, more than great. So it was a joy to bike through gorgeous foliage all day.

As far as today’s historic sites, we explored an interesting section of the Old Trace where there were grave stones for Confederate soldiers. I don’t have the info at my fingertips, but I believe the soldiers had either died on or near the Trace, or asked to be buried there.

This isn’t a historic site, but I also really enjoyed a hike at Rock Spring, a pretty trail that included a walk across a creek via stepping stones, a beaver dam and a pond.

Yesterday, I’d meant to write that we saw three or four dead possums in the road. Well, today we saw a dead skunk, a coyote (we think) and a few armadillos. We also saw a dog at one stop (from a little distance) that we thought was dead. But after we stood there a few minutes, he opened his eyes and raised his head. But he didn’t move any other body part or bark or whine. And while he wasn’t bloodied, he appeared sick or injured. So I texted a Trace contact, and she was going to alert the proper person to check on the dog. I hope someone did.

Tonight’s stop is Collinwood, a small, cute town with a great, newer welcome center. In addition, the town has a lot of signs in its compact downtown welcoming cyclists, which is so nice to see.

I’m writing this from the beautiful Miss Monetta’s Country Cottage, a lovely inn where we have access to a washer and dryer. Also, the kind care of owners Dianne and Larry Butler.

Oh, I can’t forget to note that the restaurant across from the old depot/library makes phenomenal homemade onion rings. Also, during today’s long 90-miler (145 km), we passed out of Mississippi, through Alabama and into Tennessee. How fun is that?!