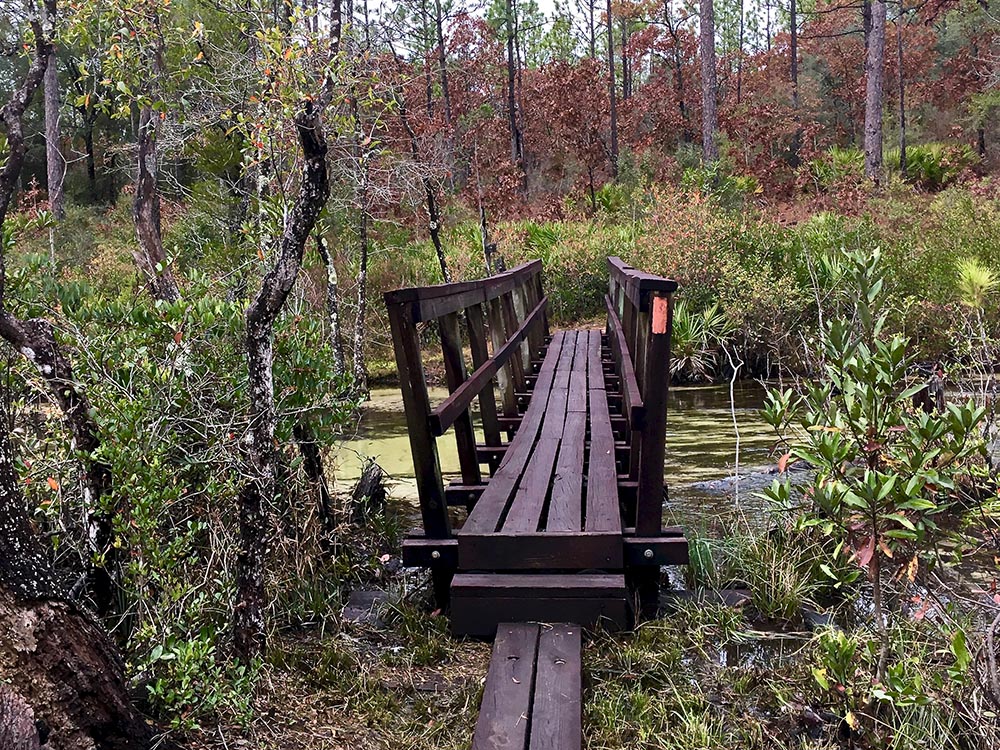 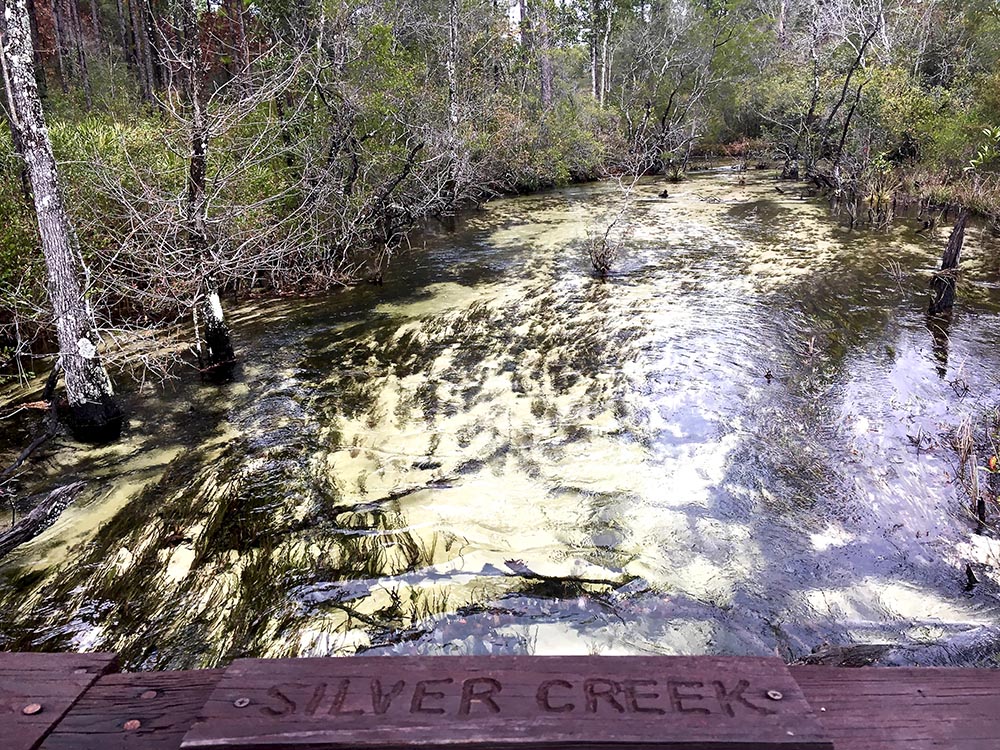 Today, heading toward Holt, marked the start of two days of rain. I guess I can’t complain. So far, I’ve had nothing but sunny, warm days during this fourth and final trip on the Florida Trail. And in fact, during my previous three trips, I can’t recall any rainy days.

I lucked out for the most part. The first 7.6 miles were on a lovely, wooded path through the final portion of Eglin Air Force Base. Trail Angel Nancy met me halfway in. It was gray and cloudy, but no rain.

Nancy and I parted when the trail emerged onto Hwy. 85, then headed uphill about three or four miles in and through Crestview (hence the name of the city). There was a strong headwind which, combined with the incline, made a dreary slog. The positive side: I found 81 cents along the way. 🙂

After passing all of the chain restaurants and stores, the route took me through the historic portion of Crestview. This was much more pleasant – less traffic, more interesting scenery. I also found a local coffee shop, where I treated myself to a toilet, warm building and a breve. Then it was back out into the cold.

The trail hooked west along Hwy. 90, so the wind wasn’t in my face anymore. Nice! But a heavy drizzle fell around 1:45. It let up after a half-hour or so, but I was still fairly wet and pretty chilled.

I met Nancy again at the Dollar General in Holt, at the end of my day. What a trail angel! She brought me some chili for dinner, as she knows I’ve been eating salads in my room. Nancy rocks!