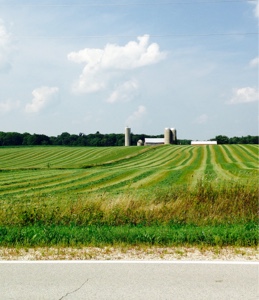 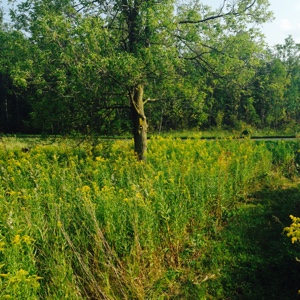 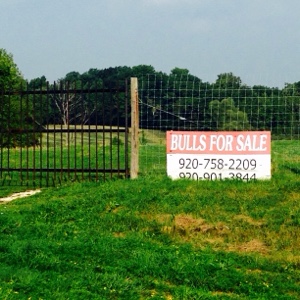 This might have been the most challenging day I’ve ever spent on the trail. I had 28-ish miles on the road, heading from Manitowoc to La Budde Creek east of Elkhart Lake. The forecast, I thought, was for a high in the low 80s. That’s hot. At least for me, someone who melts when the temps rise above 78. And there’s no shade the entire time.

My friend Mary Jo dropped me off at the end of the Manitowoc segment and I was off. It was hot right from the start. A few hours in I stopped at a house and asked for water from their hose. Permission given.

Then I arrived in Osman, a town on the connecting route I’d crafted (shorter than the one the IATA lists). There was a bar-restaurant that had just opened (phew!) and I was able to score a BLT and two bottles of water for just $6.25. Oh, and they also dumped a ton of ice cubes into my Camelbak.

NOTE: Ice cannot be overrated on a hot day. Any water is life-saving, but drinking really cold water totally rejuvenates you. I could have kissed the woman who dumped several handfuls in.

Oh — one of the women at the place, the Smiling Moose Saloon & Grill, said, “I saw you walking this morning in Manitowoc!” She was shocked. I just laughed.

In the afternoon, my water running low, I found a Methodist church whose secretary was about to leave for the day. Score — more water. But no ice cubes. 🙁 A few hours later some man waved to me from his lawn, so I boldly asked for water and ice cubes. He complied, and made my day.

I was amazed when I finally reached La Budde Creek. In 2013, it hadn’t impressed me. It seemed a bit scruffy and nondescript, but today it was beautiful. There were vast fields of goldenrod (I think — I’m not good with plants) that were just stunning. And the paths were nicely maintained. And after roasting in the sun all day, any shaded trail would be heavenly!

Mary Jo picked me up at the end of the day and informed me that temps hit the 90s today, and that it was still 86 when she got me. No wonder I thought it was such a brutal day! More of the same is in store, but at least I’ll be in shaded Kettle Moraine.