Day 35: Centuria to the Western Terminus! 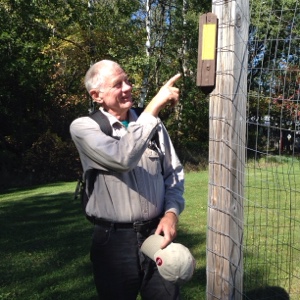 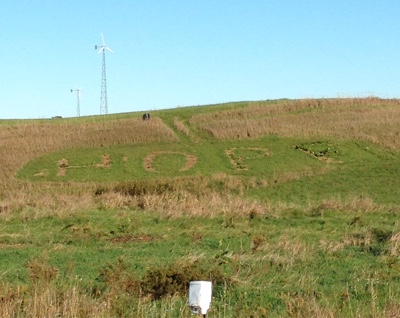 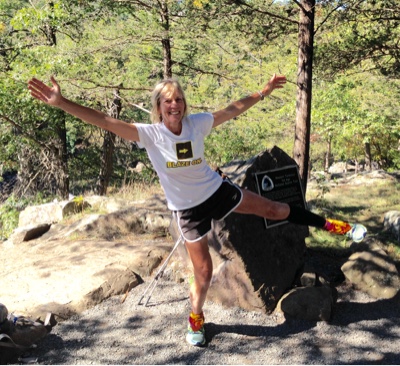 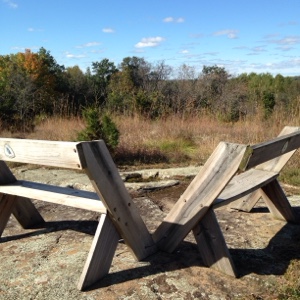 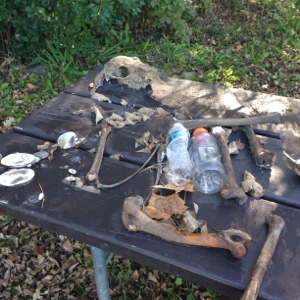 This morning I met the Gray Ghost at the small parking lot near the Pothole Trail, on which the western terminus marker lies. We dropped my car, and then he took me to Centuria and I was off.

Another great day for hiking. I overdid it with the running yesterday – the tendinitis flared back up – so no more jogging for me. Knocked off the mile from Centuria, then did the road walk to the St. Croix Falls segment. The path along the river was pleasant. There were some soggy parts, and you had to creatively jump across some streams, but nothing too difficult. I spotted some bones laid out on a picnic table in one spot. Interesting!

Mindy Creek was as pretty as always, and then I got to hike the new Zillmer section. Boy, the IATA did a great job on that! The Gray Ghost met me in the middle of this section to hike me in, something he likes to do (start off or walk in thru-hikers). We had great conversation along the way, and he showed me a unique blaze holder he created on a fence post (see photo). And then, we were there! Chet took some pix of me, congratulated me and then we looked at the potholes and the “old man in the rock,” or whatever that formation along the bluff is called.

I dropped off a trail journal in the office; Chet and Dean will be creating some kind of holder for it that will be placed along the trail in the park. The intent is for section- and thru-hikers to sign in.

I had to pay a fine on my way out! Rats. I thought I had this year’s park pass on my windshield, but apparently I had last year’s. So I had to buy the 2015 sticker (not a big deal), but I was also charged $5 for not having a pass. Actually, I don’t understand that. The park office wasn’t open when I arrived in the morning, so even if I’d known I needed a pass and tried to buy one, I wouldn’t have been able to do so. But I don’t mind, since it’s a good cause.

Yes, I’ll make my conference in Las Vegas that starts on Sunday. I’ll post again once I have time to gather my thoughts about this trek.