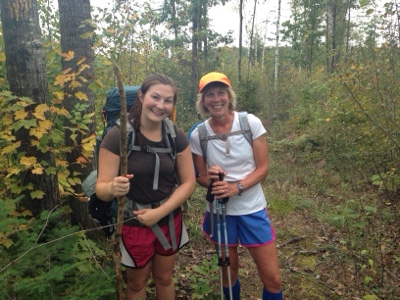 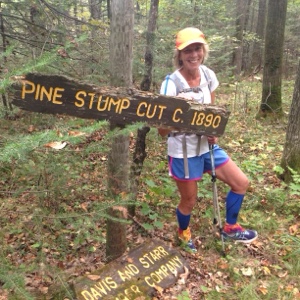 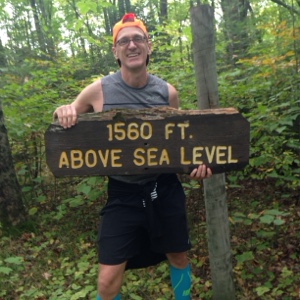 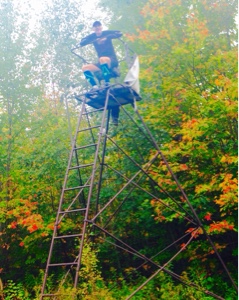 It had rained overnight and so the trails in Wood Lake were pretty wet. That necessitated a shoe/sock change before Rib Lake. I know the IATA is working on a new trail in Rib Lake, but apparently you’re not supposed to hike a small portion of the existing trail, which is still signed.

East Lake was tougher than I remembered, and there was a lot of logging activity on the east end that I also don’t recall. Not sure if it’s new, or if my memory is just poor. During this segment I ran into my first thru-hiker, a young woman named Rachel. She’s heading east, so I hope to be able to help her out when she gets to the Madison area. Her legs were scratched to pieces, and she said it was from the Blue Hills, which are quite overgrown. Oh no, I’ll be heading into those soon!

The Pine Line was pretty scruffy. I was pleased to see how well-marked Mondeaux Esker was, and how easy it was to spot the trail, even in the mucky parts. But there’s one pretty treacherous spot on the eastern stretch next to the water. It’s about in the middle, when you have to go through really tall grass with terrible footing underneath that you can’t really see. If you decide to tackle this soon, make sure to proceed very slowly and very cautiously or you could sprain an ankle or worse.

My crewing partner, Doug, bought a hamburger and cheese curds for me from Steve at the concession stand. When I passed through in 2013, it was a Sunday morning and the stand was closed. I’ve heard how great Steve’s food is (mainly the pizza), so I was glad to try some. I can vouch both the burger and curds were delicious!