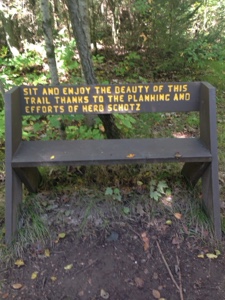 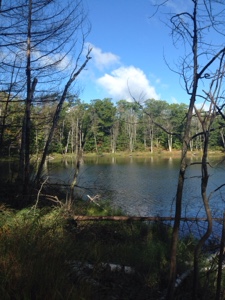 I actually had a tiny bit of Parrish Hills to finish today, so I did that. Ran into a big group of ATVers roaring around the area.

I really enjoyed Harrison Hills. The vast majority of it is so beautiful, and it’s all well-marked. I was going to climb the tower until I realized you couldn’t climb it – and I was a bit glad. It’s really tall, and I’m not a fan of heights.

Underdown appears to have been opened to logging, something I don’t recall from 2013. It’s mainly on the eastern end. It also looks like maybe a big storm came through in the last year or so; there were lots of downed trees and branches around the logging area (but not from logging). The rest was pretty as ever.

Finished the day on the connecting route to Grandfather Falls.