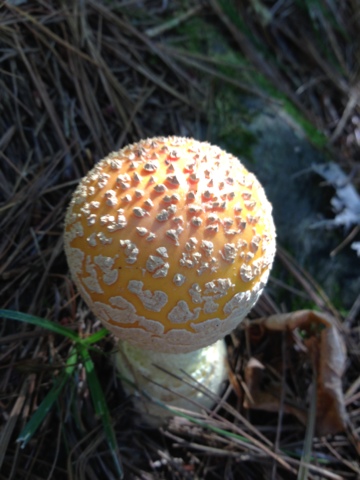 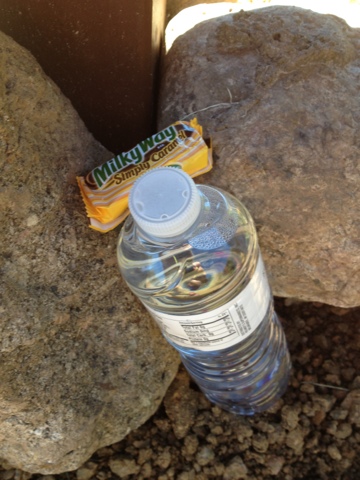 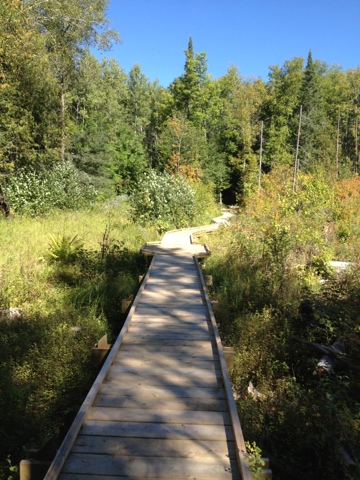 Now, I’m largely out of bear country. I was a tad nervous about running into a bear before I began this adventure. But today I was reminded of what I truly fear: aggressive dogs.

I was on a re-route around Thornapple Creek, an IAT segment on private property that was closed for bow-hunting. A dog came racing at me, barking furiously. Long story short, it kept charging at me, and I had to walk backwards yelling at it. At the property line it ran back to its house, but kept barking. Not a good sign.

I hustled to the trailhead – at least a half-mile (1 km) away – and the dog ran into the middle of the road and barked at me the entire time. I had to keep turning around to make sure it wasn’t suddenly going to charge at me again. It appears the owners were home, due to vehicles and other clues; no idea how they could have missed their dog barking furiously for 10 minutes straight. I was terrified. It was not fun.

Not an hour later, another dog raced out at me. Similar scenario, although at least this time the owner was outside. But she was one of those people who just calls to her dog from the porch instead of running out to get it. The dog ignored her, of course, and kept charging at me. Finally, the lady walked out and got the dog, then told me, “He wouldn’t have hurt you.” Yeah, right. I’ve heard that before, right as a dog ran up and bit me.

Nasty dogs aside, it was a beautiful day for a hike. It’s never that fun to walk or run long miles on a connecting route, but I got the job done. The Plover River segment was beautiful. In parts, it looks like a swamp or bayou, and the river has some pretty stretches. The Dells of the Eau Claire River were reminiscent of Grandfather Falls, with jumbled rocks along the trail and in the river, and lots of rushing water from the force of the dam. The first part of Ringle was quite woodsy; I didn’t pay too much attention as I was eager to reach the van.

Today, BobbieJoy Amann and Patricia Gates were my crew members (and will be for the next few days). They were fantastic, leaving me “trail magic” in the form of candy with my water drops and bringing amazing treats when they came to pick me up at the end of the day.

Fortuitously, Patricia is a nurse practitioner. I thought I might be having an adverse reaction to my antibiotics (severe bloating), and she confirmed that that was likely the case. Since I only had a day-and-a-half left to take them, I’m tossing them.

Thanks to chapter chair David Mix for giving me the skinny about all of the Marathon County trails before I started out this morning. Two sections were closed for hunting, and he pointed out other useful things as well.