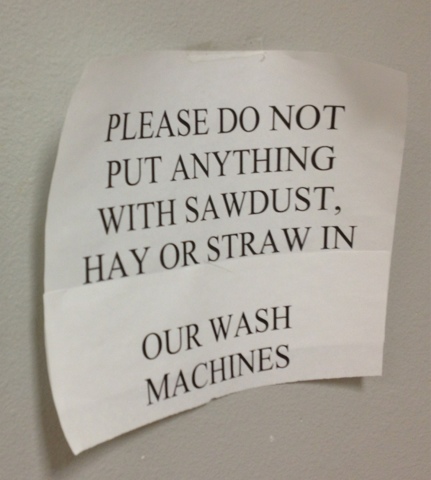 Today started out with a connecting route of 4.5 miles. It was a beautiful run, and the weather was perfect. Highland Lakes East was strange. I entered on a wide service-type road, then was almost immediately turned into the woods, had to crash through bramble, and was dumped out on a road. Not at all what the map indicated, but there were markers galore pointing me there, and a big Ice Age Trail sign when I exited. However, there were no directional markers from there. What the heck?!
Not wanting more mishaps, I simply followed the roads to the trail’s end point. When I got there, Doug said he’d tried to walk in to meet me, but it was all swampy and basically impassible. So I’m guessing those arrows were a re-route around the swampy area. Still, there should have been some kind of explanation and markers directing you.

Old Railroad was a pretty nice hike. It followed an old railbed for the most part, so it was flat and reasonably wide. There were some sections with grass almost to the knees, but nothing that bad. At one point you passed by some beautiful lakes.

The last section I tackled today was the first chunk of Lumbercamp. Gosh, this was a beautiful stretch! Nice, wide, grassy paths. The first section was covered with the most beautiful clover, and when sections opened up around you, it looked like a golf course. I just loved this. Unfortunately, Doug ran to meet me and stumbled on a hidden rock, wrenching his ankle pretty badly. It’s all swollen tonight. Still, great crew member that he is, he washed my clothes at the next-door Laundromat (yet another reason to love this Holiday Inn Express) and bought me some Epsom salts. I think he needs to use them on that ankle.

Didn’t see any hikers today, but at one point I spied some animal in the distance that looked like a Shetland pony; it trotted off into the woods. Now, I’m sure it wasn’t a Shetland pony. But what could it be? Its gait was clearly like that of a horse or dog, not a deer or bear. Wolf? Possibly, but aren’t they nocturnal? (I keep telling myself they are.) Plus there was that blond mane thing going. Interesting …

While Old Railroad and Lumbercamp could use a bit more signage, it would be hard to get lost there. The arrows and markings are there for any turn. If you don’t see anything, just keep going straight. Still, it’s always nice to have a reassurance marker now and then, especially if you’ll be walking straight for, say, 10 or 15 minutes. But overall, a good experience and a great day.