Countdown to the Natchez Trace! 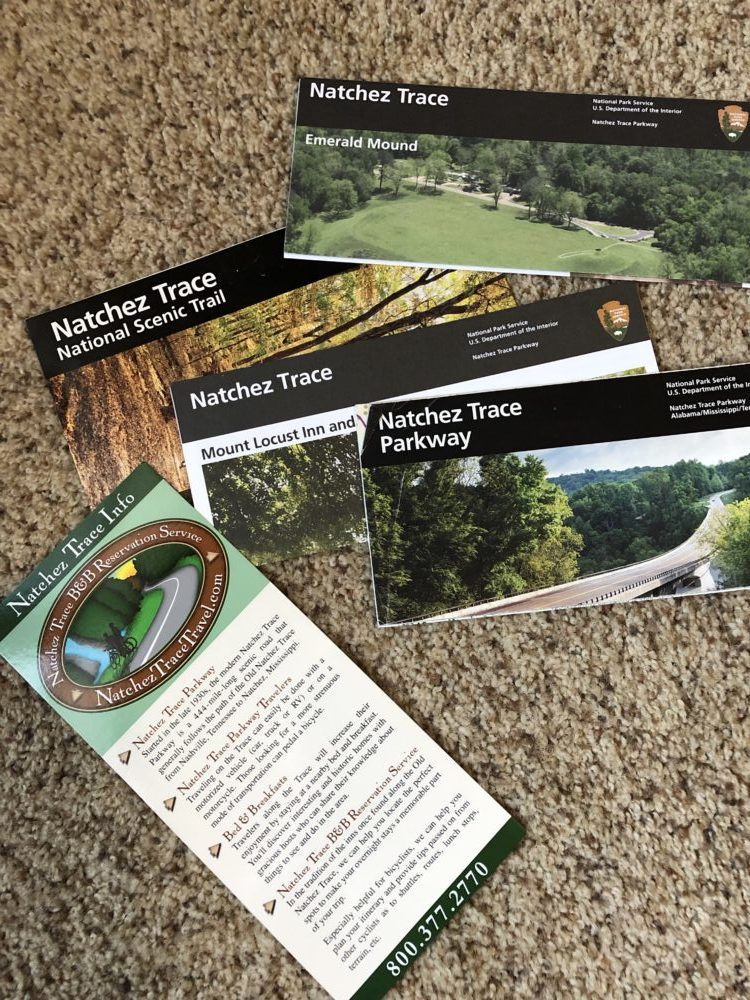 I’m getting ready to bike the famous Natchez Trace Parkway! Because trails sure do get in your blood. I finished the 1,000-kilometer Vía de la Plata Camino a few years ago; it’s an ancient pilgrimage trail in Spain. This year, I’m halfway through running/hiking it a second time. (I hope to do the second half in spring 2014). And, of course, I just hiked Wisconsin’s spectacular Ice Age National Scenic Trail a few weeks ago. So now that I’m heading to a travel writers’ conference in Biloxi on Sunday, I figured I had to stay an extra week to bike the famous Natchez Trace.

I’d rather hike a trail than bike one, but the Trace is different than the other 10 National Scenic Trails in that it’s a parkway that roughly follows the route of the original Natchez Trace. So you can either drive the route or bike it, but there’s no hiking. Well, there are some spots along the way where you can get out of your car or off of your bike and hike a mile or so on the original Trace. But there’s no continuous, off-road route. Still, it looks beautiful, and it’s historic, and I’ll be right there. So, of course, I have to do it.

The Natchez Trace is a path that was first carved into the earth hundreds of years ago by Native Americans and buffalo traveling between what is now Natchez, Miss., and Nashville, Tenn. These primitive trails were enlarged a bit to form the southwest’s first national “highway.” This was after the U.S. government negotiated treaties with the local Chickasaw and Choctaw Indians in 1801.

Yes, there was a lot of commerce among the pioneers back then. And yes, there were plenty of pioneers in this part of the country. But the Trace was hardly a state-of-the-art road. It was a dirt path where oppressive heat, mosquitoes, swollen rivers and mucky swamps made journeys even harder. It was difficult to find a place to sleep and eat. And if you broke a limb or came down with an infection (of which I know a thing or two), well, you just might die. Still, it was all people had, and they made great use of it. Such great use, that the innumerable footsteps of past pioneers left enormous trenches in the land that time has still not erased.

So I’m putting the final touches on my itinerary and am seeing what snacks I have left from the IAT that I can throw into my suitcase. (Thank goodness I have a few Seroogy’s candy bars left – those are definitely going with me.) Will I be recovered enough to bike 444 miles after just running/hiking 1,100? Well, there’s only one way to find out!