Climbing the Manitou Incline Is a Novel Challenge 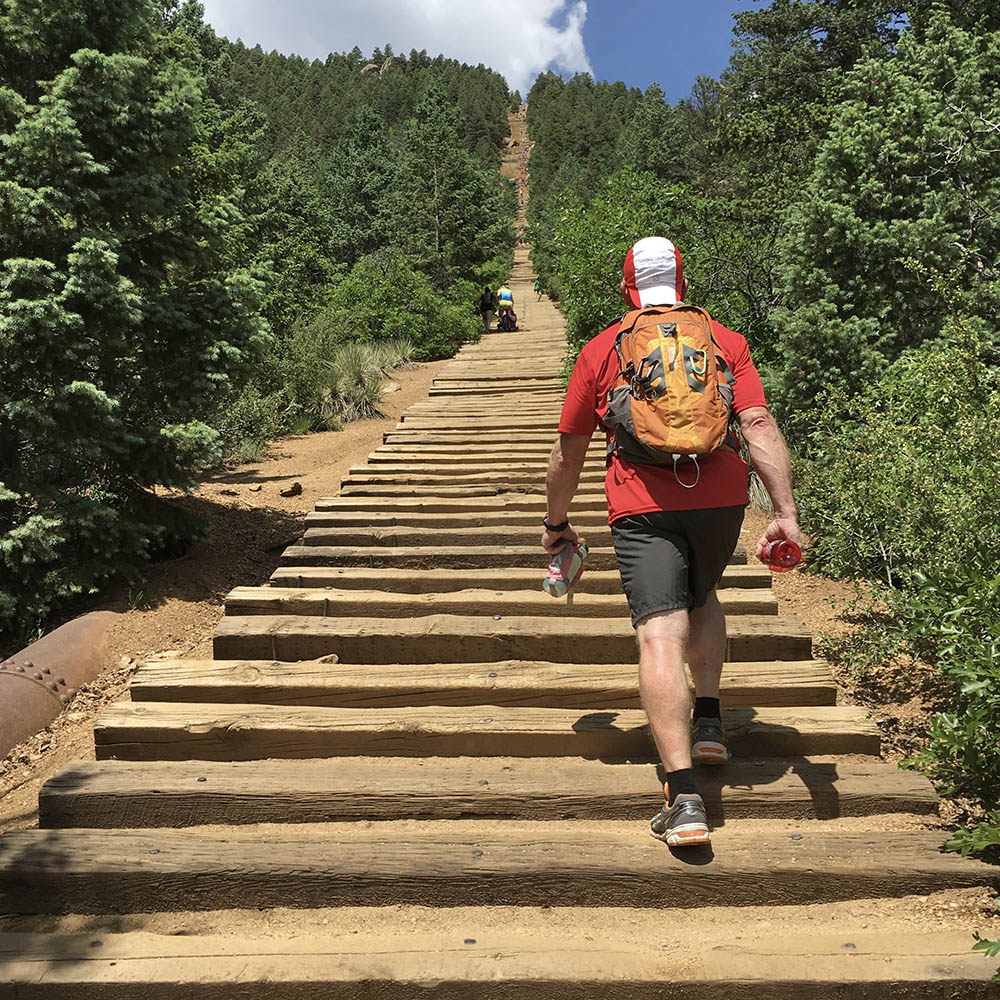 The Manitou Incline is a +2,700-step staircase in Manitou Springs, which is near Colorado’s Pikes Peak. This insane incline rises 2,000 vertical feet in just under one mile. That’s steep, folks.

The Manitou Incline began life as a cable car track used to ferry pipeline materials up to Pikes Peak. Once the pipelines were built, it morphed into a cable car ride for tourists. But after a rock slide damaged the track in 1990, those in charge dismantled the ride. Everything, that is, but the wooden railroad ties to which the steel cable car tracks had been attached.

Well, the sight of a staircase going up the side of a mountain began luring people who wanted to test their mettle against the mountain. Soon people were climbing it for fitness and fun. First it was locals, but then people began coming from afar.

Today, more than 300,000 people head up the Manitou Incline annually. Kevin Bacon is one; undoubtedly, many other celebrities have hiked it as well. And people are always trying to set speed records or other distinctions, such as Greg Cummings, who broke the record for the most climbs in a calendar year when he hit no. 1,720 on Dec. 21, 2019. That’s an average of five daily ascents, and Cummings has a few more weeks to pad his record.

You can read about my adventure hiking the Manitou Incline in the story above. If you’re interested in doing it, here are some tips.