A Crazy Hike Along the Arizona Trail (AZT) 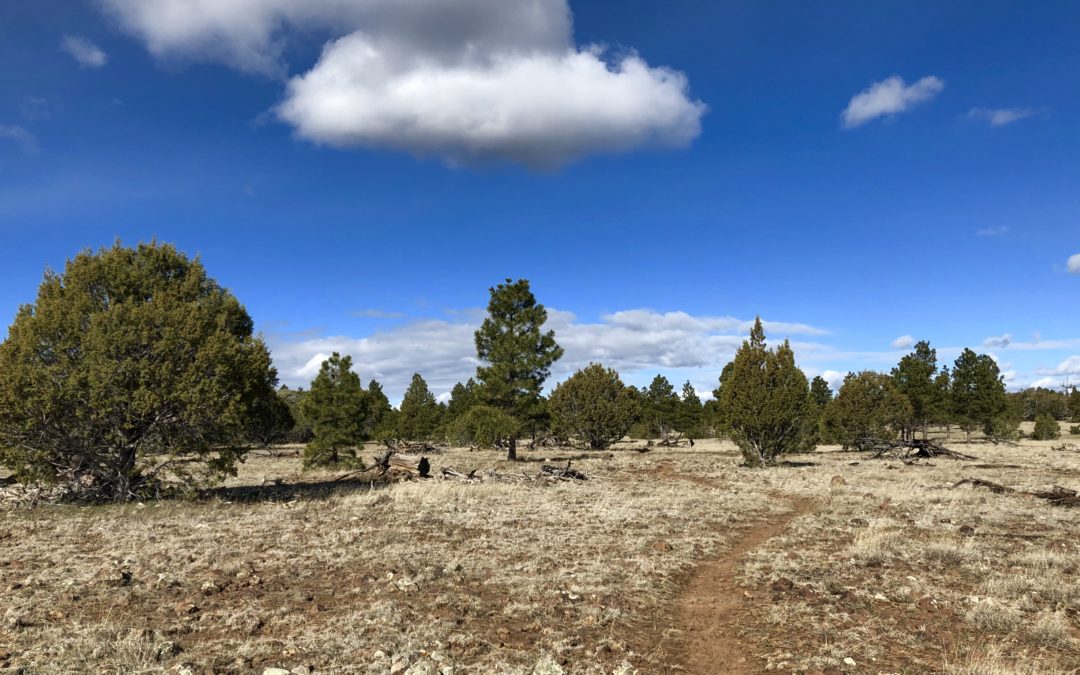 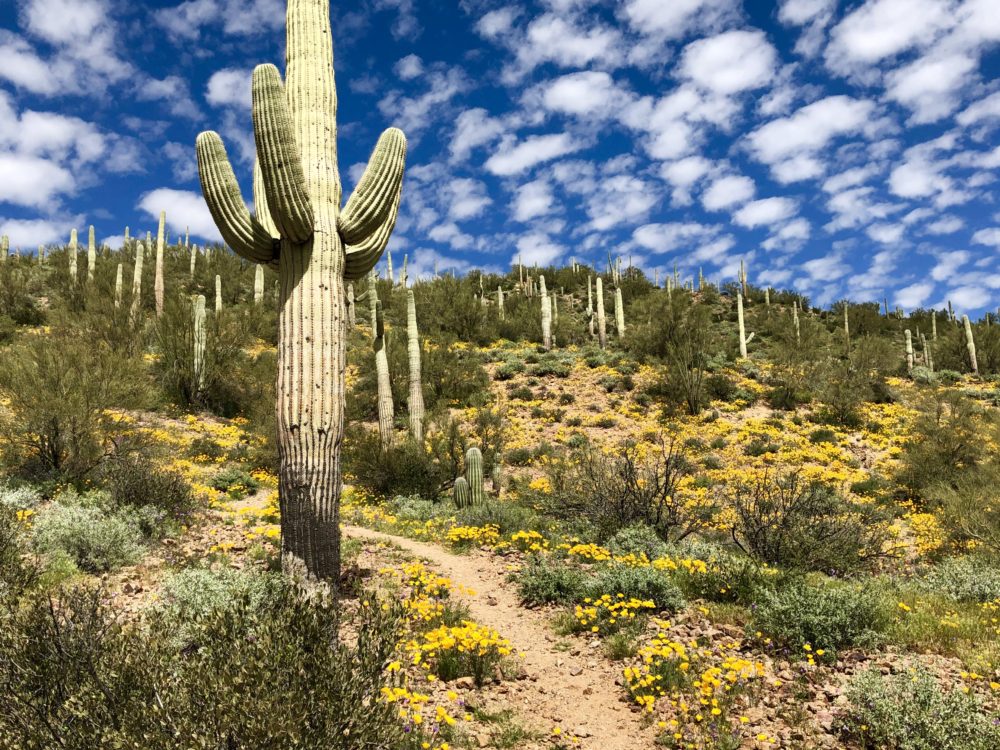 The Arizona Trail, or AZT, is one of America’s 11 National Scenic Trails. It runs from Arizona’s border with Mexico due north to its border with Utah. During this northerly trek, the trail unspools nearly 800 miles (1,288 km), passing east of major cities such as Tucson and Phoenix. The AZT also runs through Flagstaff and down to the bottom of the Grand Canyon and back up again before reaching the Arizona-Utah border.

I was fortunate enough to hike the AZT in the spring of 2019. It was an incredible experience!

Now, weather is unpredictable these days. When I was planning my 2019 thru-hike, most hikers were trekking northbound from the Mexican border and hiking from February to May. Another smaller group of hikers was planning to hike southbound starting in the fall. Typically, starting in early March, as I did, means favorable weather. That is, moderate to warm day-time temperatures and cool, but not cold, nights. That sounded perfect to me!

I was going to be camping for the vast majority of this hike, a new experience for me. But I figured I might as well start with a desert hike so I didn’t have to worry about hiking or camping in rain and mud. Well, Mother Nature had some surprises for me.

The weekend before I began, Arizona’s southern mountains got socked with one to three feet of snow. Now, these were the mountains I was going to be climbing on Day 1! Luckily, a group decided to do a prescribed burn at the southern terminus, shutting it down. So I hiked from Patagonia south to the southern terminus, a three-day hike. This meant I hiked Miller Peak – the one covered in snow – nearly a week after the storm. I still had one difficult mile with some postholing, but overall it wasn’t too bad.

The Middle of the Hike

After conquering Miller Peak, I had a few days of prime hiking. But then Mother Nature struck again. While I was camped just outside the entrance to Saguaro National Park, which sits on Mica Mountain, another storm passed through. I won’t say what happened; that’s in the story I wrote for the Chicago Tribune. Let’s just say it was an experience!

Near Flagstaff, when I thought the worst was over, I heard about a section of trail that had been turned into knee-deep mud. Now, this was a pretty long section – several days of hiking. Local trail maintainers said the mud would suck your boots off and cause you to hike very slowly. Thank goodness the mud was dried up by the time I reached that section.

I didn’t have such good luck when I hit the San Francisco Peaks north of Flagstaff. They were still covered in snow, and despite some strategic planning re: the timing of my hike, I had to endure some serious postholing one morning.

The last challenge was, once again, snow. Now, there can always be snow in the mountains. But there’s generally not this much, and not in so many spots. The North Rim of the Grand Canyon still had two to three feet of snow when I passed through. My fellow hikers were all eschewing the actual trail between the North Rim and Jacob Lake in favor of walking on the road. The road was mostly plowed when I passed through; I just had to hike one mile on top of the snow. Luckily, I hit that stretch in the morning when it was packed and I was able to walk on top.

Still, there was no place to camp along the road, as it was all covered in deep snow. So I had to hike about 33 miles that day to reach Jacob Lake and its motel. But I did it.

Because the spring weather is now so crazy on the AZT, the folks with the Arizona Trail Association say most hikers will now be hiking southbound, starting in the fall.

My top gear recommendation for the AZT: Sawyer Squeeze filtration system. It’s easy to work and fast, and favored by most hikers by far. The water I filtered tasted great, even the yucky yellow-green water in the beehive well.